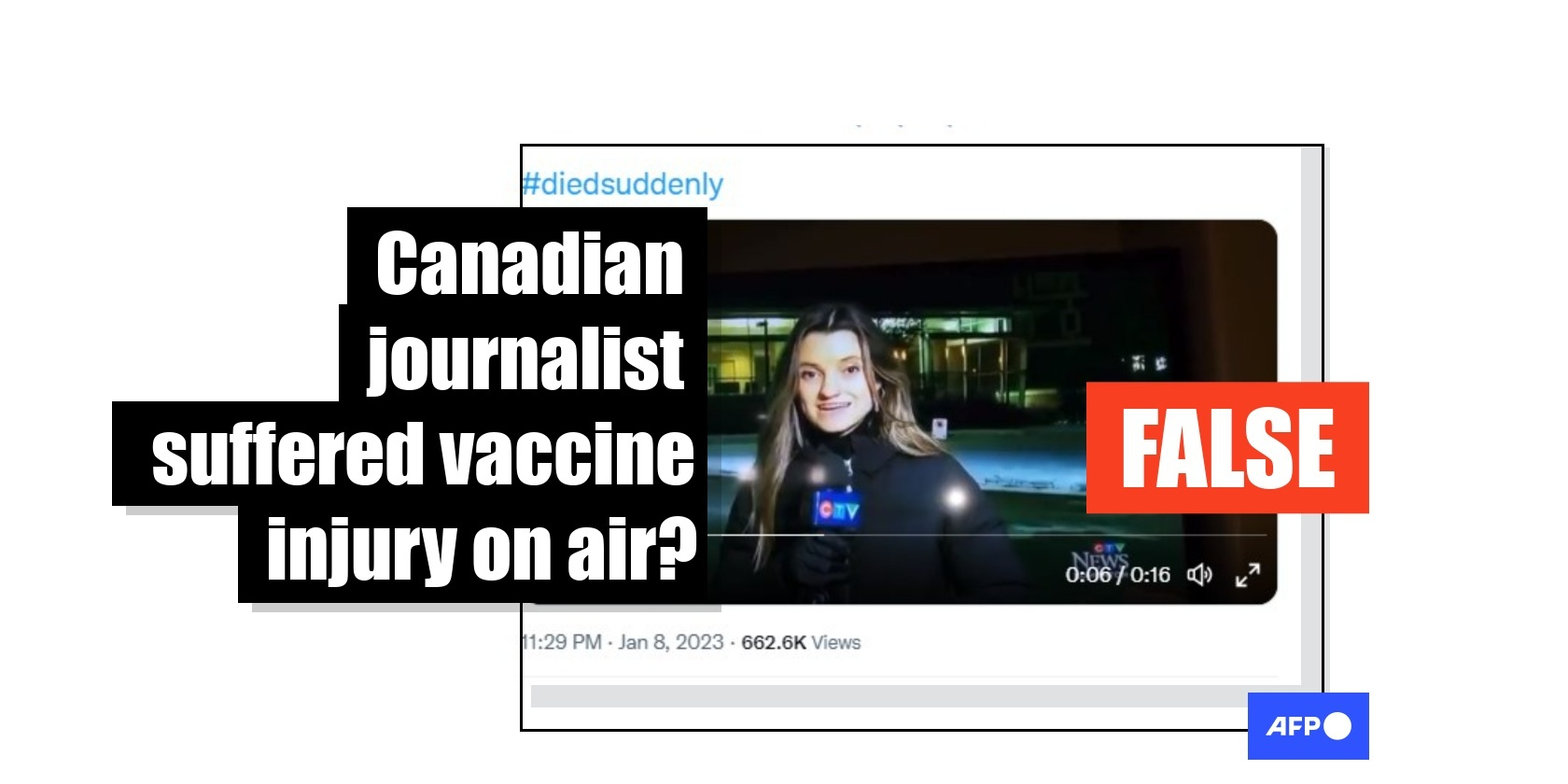 Social media users claim the Covid-19 vaccine caused a Canadian news reporter to nearly collapse on live TV. This is false; the journalist has refuted the speculation, and public health authorities say the shots are safe and effective at preventing severe illness and death.

The claim has also circulated on Twitter, where a January 8, 2023 tweet says: "DISTURBING: Young female reporter, Jessica Robb has a medical episode live on air. She posted on her Facebook page that she has been vaccinated three times. #diedsuddenly." 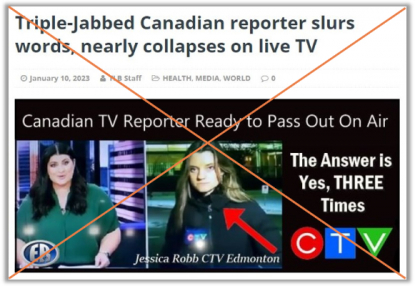 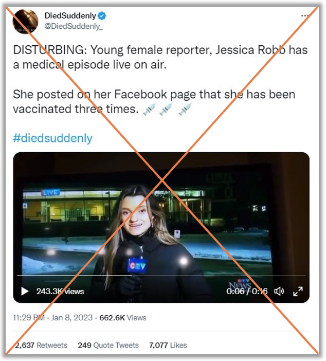 In the video shared online, Robb gives a live report for the Canadian Television Network (CTV) in Edmonton, Alberta. She soon stumbles over her words and appears to have a medical emergency.

"I'm not feeling very well," Robb tells her colleague in the clip.

Other articles insinuated the incident was related to Covid-19 vaccination, a rumor that has also spread on platforms such as Facebook, TikTok and Rumble. Several posts include the phrase "died suddenly," referencing a conspiracy theory that the shots are causing mass deaths worldwide, a false allegation made in a film containing numerous erroneous claims about vaccines.

Like those assertions, many posts about Robb's incident are false -- she refuted it in a statement that CTV Edmonton shared on Twitter.

"While I will not share private medical information publicly, I can say that there is no cause for concern, and that my understanding of my own medical background provides a reasonable explanation for what happened," Robb said in the January 9 message. "I can, however, confirm that the situation was in no way related to the Covid-19 vaccine."

A message from Jessica Robb: On Sunday night, a very personal and vulnerable moment unfolded as I reported live on air. pic.twitter.com/WbMNWhsoN7

The articles and social media posts are the latest to exploit a high-profile medical incident to sow doubt about the safety of Covid-19 vaccines.

After the death of sports journalist Grant Wahl and Celine Dion's diagnosis with a rare disease in December, and the collapse of US football player Damar Hamlin in January, political commentators and anti-vaccine advocates fueled speculation that Covid-19 shots were to blame.

Health Canada and the US Centers for Disease Control and Prevention (CDC) recommend Covid-19 vaccination to protect against severe illness and hospitalization. "Evidence indicates that the benefits of Covid-19 vaccines continue to outweigh the risks of the disease," Health Canada says on its website.