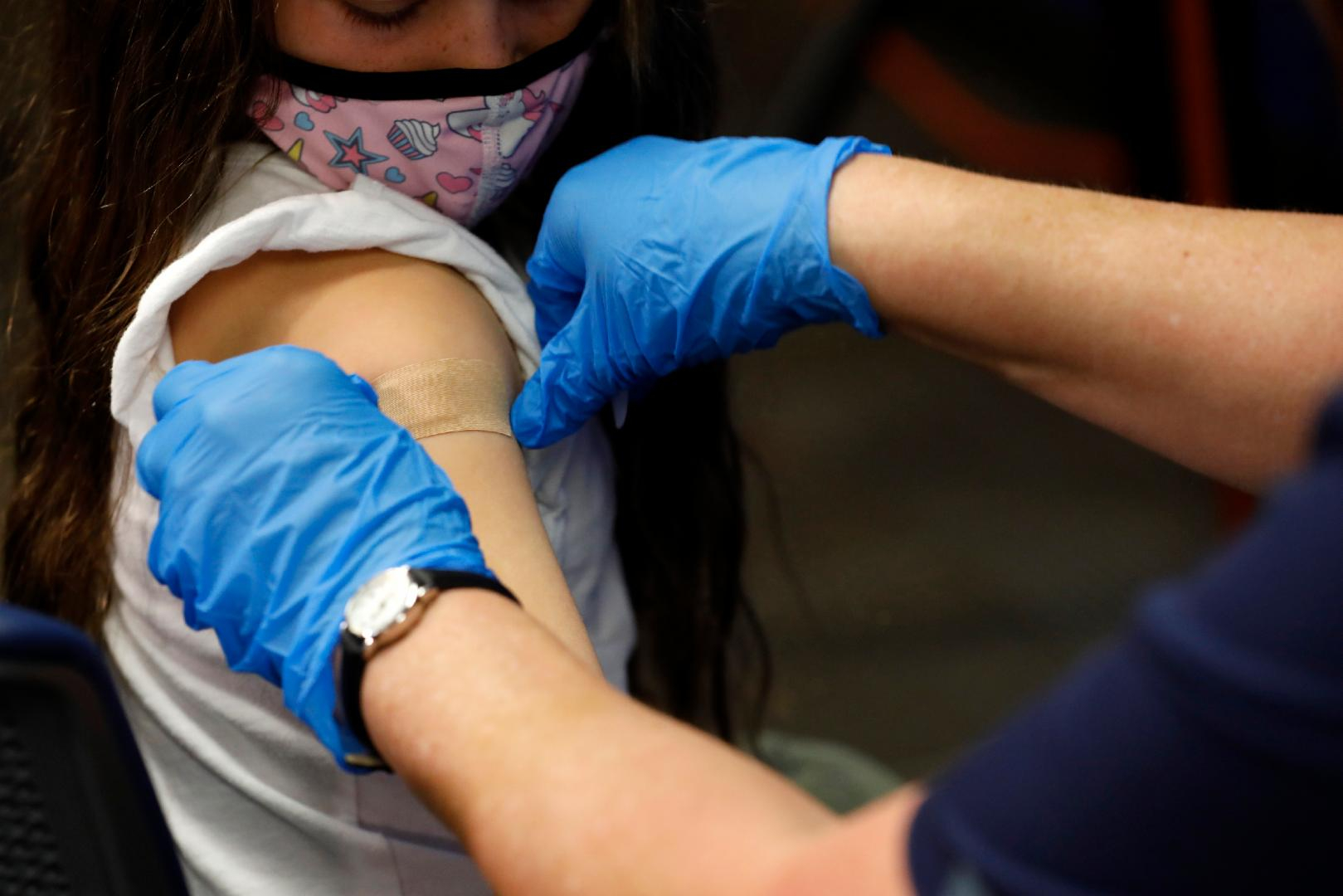 A child gets a bandage after receiving her first dose of the Pfizer Covid-19 vaccine at the Beaumont Health offices in Southfield, Michigan on November 5, 2021 ( AFP / JEFF KOWALSKY)

Covid-19 vaccination not responsible for excess deaths in US

US health authorities agree Covid-19 vaccination saves lives, but an article claims official data indicate the shots are actually causing excess deaths. This is false; no such link has been proven, and experts say high mortality figures in 2022 correlate closely with the number of people who succumbed to coronavirus infections.

"Secret CDC Report reveals at least 1.1 Million Americans have 'Died Suddenly' since the COVID Vaccine roll-out & another Government Report proves the COVID Vaccines are to blame," says a headline published November 24, 2022 by The Expose, a website AFP has fact-checked in the past.

The article says: "Official reports quietly published by the United States Centers for Disease Control (CDC) confirm that over 6 million Americans have died ever since the U.S. Food & Drug Administration granted emergency use authorisation to a Covid-19 vaccine in December 2020; with 2021 being a record-breaking year for deaths." 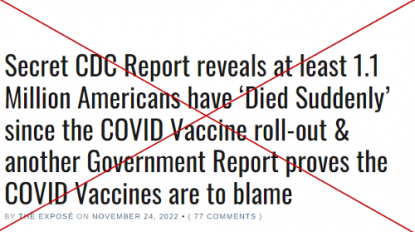 This screenshot taken December 7, 2022 shows the headline of an Expose article

The story was shared on Twitter and Facebook. On November 30, The Expose published a similar article specifically looking at excess deaths -- the difference between observed and expected death numbers in specific time periods -- in children and young adults.

As evidence, the website cited tables published by the Organisation for Economic Co-operation and Development (OECD). But The Expose's analysis is incorrect, according to Miguel Gorman, senior manager for public affairs and media at the OECD.

"The figures show the number of additional deaths recorded from all causes -- both sudden and otherwise -- in each week compared to the average expected," Gorman said December 7, noting the figures come from data published by the CDC.

The weeks with high excess deaths generally coincide with those that had the highest Covid-19 fatalities, OECD data shows.

This screenshot taken December 6, 2022 from the OECD website shows data on the weeks in 2022 with the highest excess deaths

This screenshot taken December 6, 2022 from the OECD website shows data on the weeks in 2022 with the highest number of Covid-19 deaths

"This article focuses on the excess deaths in the US and jumps to the conclusion that they were due to the vaccine without any discussion that they are actually resulting from Covid infection," Gene Olinger, adjunct associate professor at Boston University's School of Medicine and chief science advisor at the research organization MRIGlobal, said on December 7.

Monica Gandhi, a professor of medicine at the University of California-San Francisco and associate chief of the Division of HIV, Infectious Diseases and Global Medicine at San Francisco General Hospital, concurred.

"Unfortunately, the excess deaths that we saw in the United States after the vaccine roll-out were likely secondary to lower vaccination uptake in the US than other countries," she said December 6.

Gandhi pointed to a paper showing "the excess mortality in the United States after the vaccine roll-out was largely driven by the states with the lowest vaccination rates (which also tend to have the least developed healthcare infrastructures)."

For example, higher death rates were recorded during the Delta variant surge in the US than in other countries, Gandhi said, "with Covid-19 related hospitalizations across states during the Delta surge being inversely related to vaccination coverage."

During the Omicron surge, states with higher vaccination rates did not have excess mortality, she said.

Since the start of the pandemic, posts online have incorrectly used data collected by health agencies to claim the Covid-19 vaccines are responsible for widespread adverse events and deaths.

The Vaccine Adverse Event Recording System (VAERS), a database run by the CDC and the US Food and Drug Administration (FDA), is often cited alongside the misleading claims.

The CDC requires healthcare providers to report any death after Covid-19 vaccination to VAERS, even if it is unclear whether the vaccine was the cause. The agency's website says these reports "do not necessarily mean that a vaccine caused a health problem."

According to global health officials, the coronavirus pandemic has resulted in 6.6 million deaths so far, including more than one million in the US.

Meanwhile, the CDC has confirmed nine deaths from thrombosis with thrombocytopenia syndrome (TTS) were linked to Johnson & Johnson's vaccine.

The agency's website says TTS has occurred in approximately four cases per one million doses administered, and that the deaths were all from the "rare but serious adverse effect" that causes blood clots and low platelets.

"CDC recommends that everyone who is eligible should get vaccinated," said CDC spokeswoman Martha Sharan in a December 5, 2022 email.