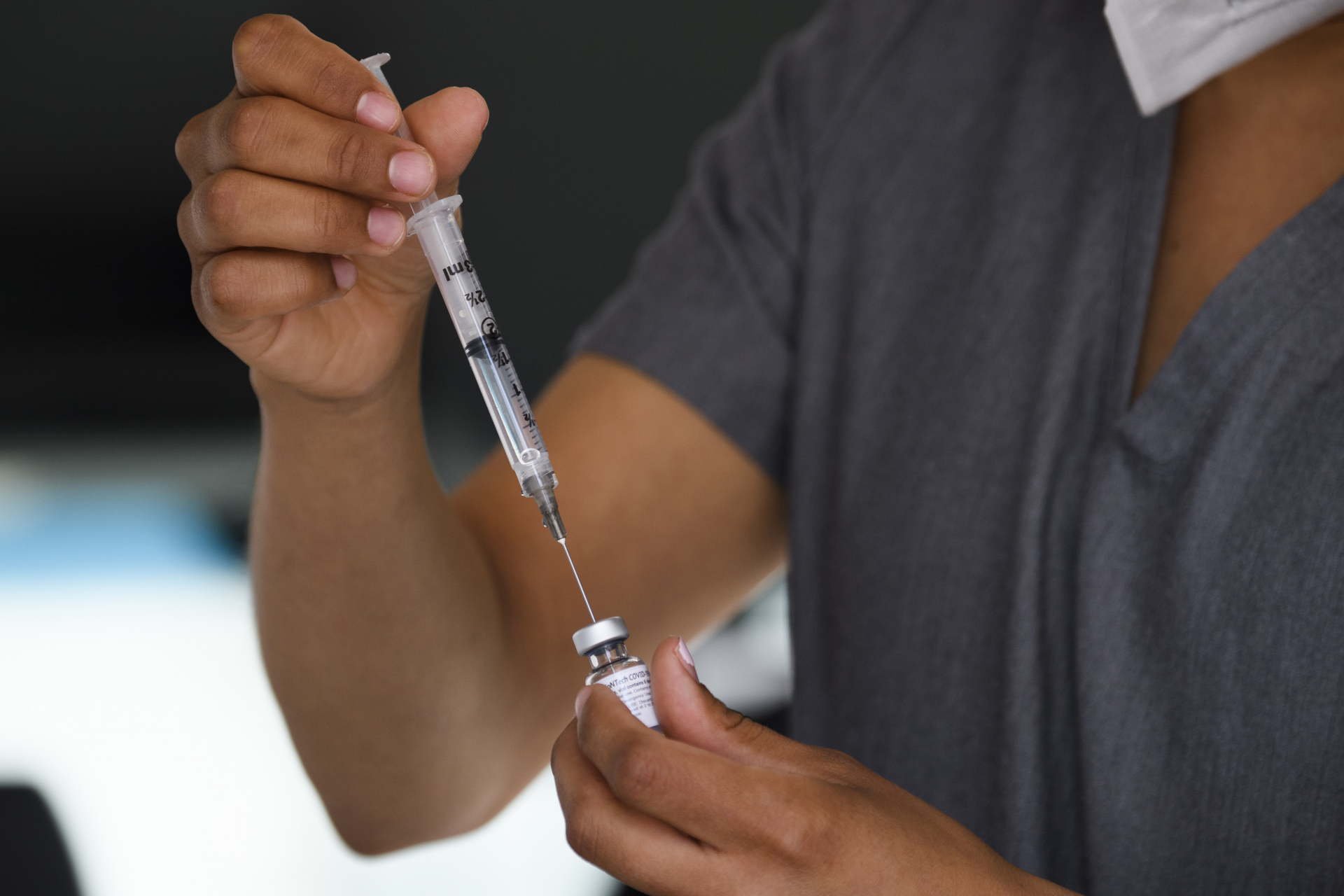 A physician assistant prepares a syringe with a dose of the Pfizer-BioNTech Covid-19 vaccine in Los Angeles, California on May 14, 2021 (AFP / Patrick T. Fallon)

Misinformation has repeatedly undermined America’s response to Covid-19, encouraging people to view the disease as trivial, and to ignore measures meant to minimize the risk posed by the coronavirus.

But even as a national vaccination campaign led by the White House seeks to end the pandemic, those spreading falsehoods are still one step ahead.

Covid-19 vaccine skeptics are exploiting official data to undermine confidence in the shots, misrepresenting statistics from a US government-run database as evidence that vaccinations are routinely killing Americans.

In an especially egregious case, a report submitted to the Vaccine Adverse Event Reporting System (VAERS) said that a two-year-old girl died in the state of Virginia less than a week after receiving a Pfizer-BioNTech shot. 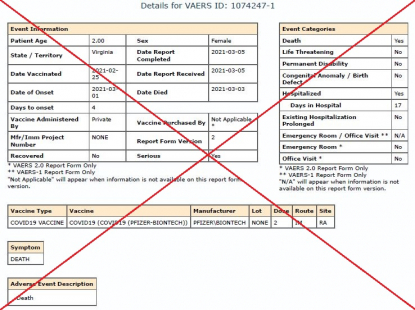 The report spread on social media, and an article claimed the death came during “vaccine experiments on children.”

But the US Centers for Disease Control and Prevention (CDC) told AFP the report was “completely made up,” with a professional athlete listed as the patient and a world leader’s name used for the person who reported the incident.

The names did not appear in the public version of the report, and by the time it was removed from VAERS, the damage was already done.

It is not the only instance of the system’s data being exploited to push anti-vaccine claims, part of a flood of false or misleading assertions circulating online.

VAERS statistics have been inaccurately cited on Facebook and Instagram as evidence that Covid-19 vaccines are causing thousands of deaths, a claim not supported by US health authorities’ investigations. 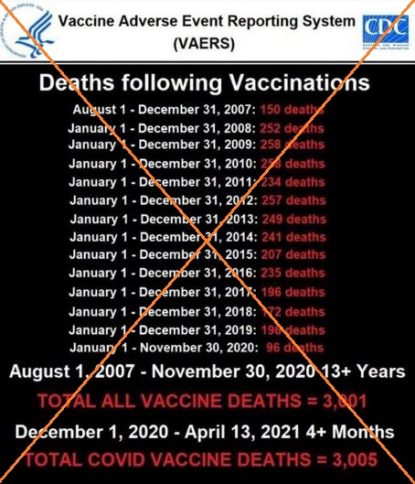 Its data has also been used to raise other fears about the shots, such as claims that they can cause miscarriages and pose danger to children breastfed by inoculated mothers.

The spread of such claims “undoubtedly contributes to vaccine hesitancy, which leads to lower vaccination rates, which leads to more people getting sick,” said Susan Ellenberg, professor of biostatistics, medical ethics and health policy at the University of Pennsylvania.

Fox News host Tucker Carlson brought inaccurate claims about VAERS to a much wider audience on his show this month, saying that statistics from the system showed “the apparent death rate from the coronavirus vaccines” -- something they do not do. 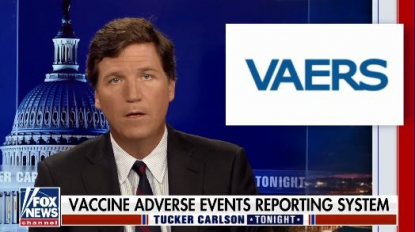 Carlson failed to mention a lengthy disclaimer about VAERS that users of the reporting system must acknowledge they have read and understood before accessing its data.

“VAERS reports alone cannot be used to determine if a vaccine caused or contributed to an adverse event or illness. The reports may contain information that is incomplete, inaccurate, coincidental, or unverifiable. Most reports to VAERS are voluntary, which means they are subject to biases,” the disclaimer says.

So why have the system at all? The answer precedes the pandemic.

“The FDA and CDC many years ago deemed that it would lead to even more concerns and conspiracy theories about vaccine safety if these data were kept from public view,” Ellenberg said, referring to the agencies that run VAERS.

“Despite the possibility of abuse, I think it's better to have the transparency. What people might imagine is there is inevitably worse than what is actually there,” she added.

Anyone can submit information on deaths or other “adverse events” that follow vaccination to VAERS. It is designed to allow experts, not the general public, to identify potentially concerning trends.

The submission and spread of a fabricated report takes abuse of the system to a new level, and highlights its vulnerability.

The report about the two-year-old said she received the vaccine on February 25, 2021 -- more than a month before Pfizer-BioNTech clinical trials involving children of that age began. It also claimed she was hospitalized for 17 days, but the death allegedly came just six days after the shot was administered.

The Virginia Department of Health (VDH) said it “found no evidence that this incident occurred.”

And the CDC, which reviews reported fatalities following Covid-19 vaccinations, said the report was found to be a “hoax” and was “therefore removed from VAERS.”

A lack of understanding about VAERS -- and its limitations -- is a shortfall that spreaders of inaccurate information are abusing.

Walter Orenstein, professor and associate director of the Emory Vaccine Center, said it is necessary to “educate the public (about) just what VAERS is and what it isn’t, and how it helps and how we use it.”

“The problem obviously is people who believe in conspiracy theories... won’t believe that,” he said.