AFP Hong Kong Published on Friday 21 February 2020 at 05:55
A photo showing snow art voicing support for China has been shared on Facebook, Weibo and WeChat alongside a claim it was spotted in Wuhan, the epicentre of the novel coronavirus epidemic. This claim is false; the snow drawing was created more than 600 miles away in the eastern Chinese province of Shandong.
Read more AFP Philippines Published on Friday 21 February 2020 at 05:55
A photo has been shared repeatedly in multiple posts on Facebook which claim epidural injections compulsorily administered during childbirth are “one of the worst and dangerous injections in the world”, resulting in chronic back pain. The posts also claim that some mothers have "no choice" about whether they receive an epidural injection. The claim is misleading; doctors say such serious complications from epidurals are “extremely rare”, and the injections are optional.
Read more

Claire Savage, AFP USA Published on Friday 21 February 2020 at 04:49
A misleadingly edited video circulating online claims that basketball legend Kobe Bryant’s widow killed herself. This is false; there has been no such announcement, and the footage actually shows a Fox News anchor speaking about the death of a colleague.
Read more

AFP Australia Published on Friday 21 February 2020 at 04:10
A map has been shared tens of thousands of times in multiple posts on Facebook, Twitter and YouTube which claim it shows elevated sulphur dioxide levels in Wuhan, the Chinese city at the epicentre of the novel coronavirus epidemic. The posts, published in multiple languages, claim the high levels of the gas could be evidence of mass cremation in and around the city. The claim is false; NASA, whose data was used to create the map, told AFP the imagery was created based on forecast figures of man-made sulphur dioxide emissions and volcano gas, not real-time satellite recordings.
Read more 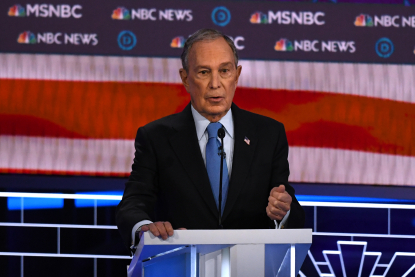 W.G. Dunlop, AFP USA Published on Thursday 20 February 2020 at 22:20
Presidential hopeful Mike Bloomberg posted a video online that shows other candidates at a loss for words following a remark he made during the Democratic debate in Nevada. The clip is misleading; it has been edited to cast his rivals as  dumbfounded during a lengthy silence after Bloomberg's comment, but he actually quickly resumed speaking.
Read more