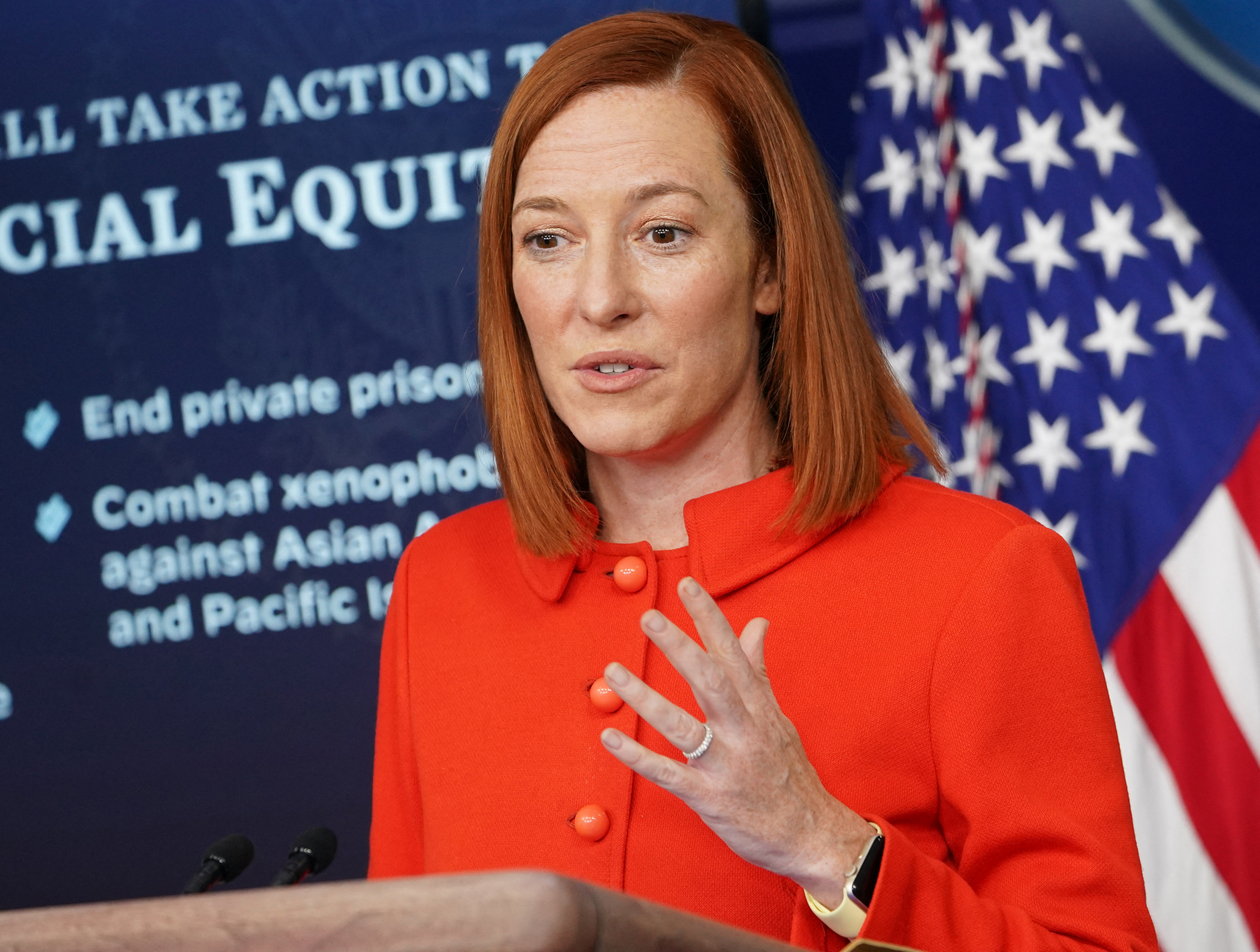 Facebook posts appear to show President Joe Biden groping a young Jen Psaki, and conclude this is how she won favor and secured her position as White House press secretary. But the photo used in the posts was manipulated -- the original is of someone else -- and Psaki has years of experience in political communications, notably in the Obama administration.

“So Let’s - Circle Back - to how YOU got your JOB - Jen Psaki,” reads text over an image of Biden holding a red-headed woman’s breasts from behind, in a May 17, 2021 Facebook post. 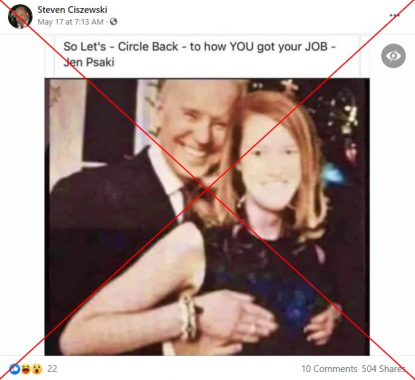 “Circle back” refers to an oft-used phrase by Psaki in press conferences. Her critics say it is a tactic used to deflect, though officials such as Psaki routinely say they have to obtain or check information before they can furnish reporters with it.

Another contains the photo but does not name Psaki. However, since the caption mentions “Circle Back,” it does appear to refer to her.

Biden has faced scrutiny for his affectionate physical style, which several women have publicly said made them uncomfortable. In April 2019, Biden responded by acknowledging the women's concerns and society's changing social boundaries.

On the 2020 campaign trail, Republicans sought to remind voters of this controversy by calling Biden "Creepy Joe."

AFP Fact Check conducted a Yandex reverse image search on the image of Biden and the woman, which yielded a tweet showing the president in an identical pose touching a different woman, plus his wife, Jill Biden, and another man.

The four people appear smiling in front of a Christmas tree, and the right side of the photo contains an attribution to “worldnewsbureau.com,” a satire site. 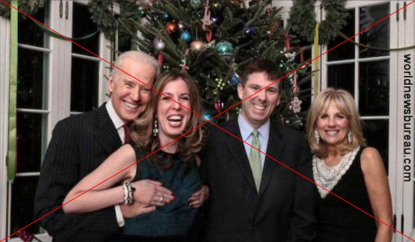 The manipulated image on parody site World News Bureau is dated December 16, 2013 and includes a “half empty bottle of Wild Turkey” bourbon sticking out of Biden’s right pocket. It is captioned, “Biden Sexually Molests Reporter.”

Google reverse image searching this version of the picture with the phrase “Biden christmas party” leads to this article on an NBC-affiliated Houston news website, which shows the real version of the photo. In it, Biden’s hands are on the woman’s waist, not her chest. 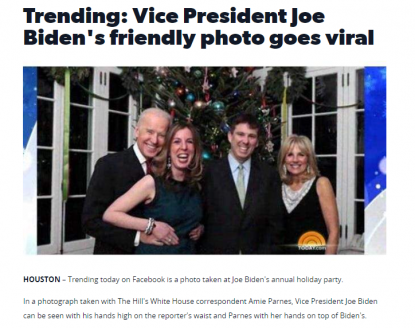 The Houston station identified the woman in front of Biden as Amie Parnes, a White House correspondent for The Hill.

A Daily Mail article dated the same day as the satire post attributes the photograph to Parnes’ Facebook page. 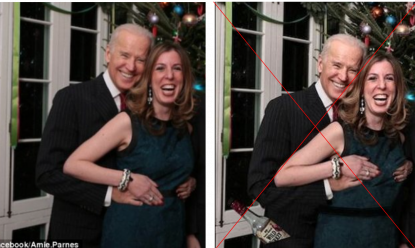 Side-by-side of the original image (left) and the manipulated version posted on satire site worldnewsbureau.com

The posts with claims about Psaki seem to have superimposed a photo resembling her over Parnes’ face.

Psaki has worked in political communications since at least 2008, according to her biography at the Carnegie Endowment for International Peace. Her LinkedIn profile does not appear to have been updated since she worked there.

Psaki served as a spokeswoman at the State Department from 2013 to 2015, and as the White House communications director in then-president Barack Obama’s administration from 2015 to early 2017.

When Biden announced Psaki and other members of his all-female senior communications team in November 2020, the president lauded them as “qualified, experienced communicators.”

AFP Fact Check has debunked other cases of manipulated media about Biden here and here.