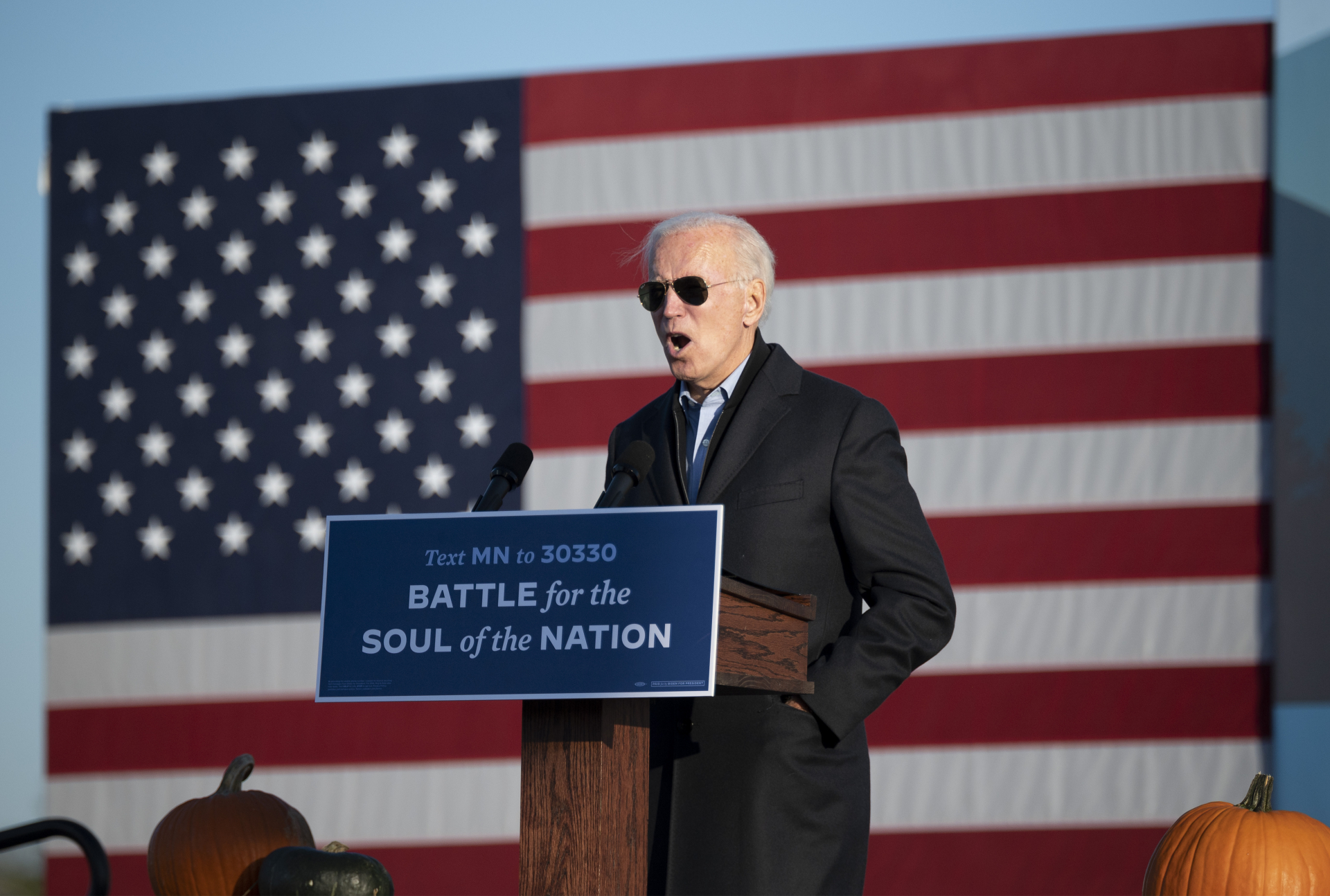 Altered video aims to portray Biden as confused about his location

Videos appearing to show US Democratic presidential candidate Joe Biden greeting Florida voters with “Hello, Minnesota!” -- making it seem like the former vice president didn’t know where he was -- have spread online just before the election campaign ends. This is misleading; the rally took place in Minnesota, as Biden said, but the video was altered to make the background read “Tampa, Florida.”

The footage shows Biden standing in front of an American flag and a billboard that reads: “Tampa, Florida: BATTLE for the SOUL of the NATION.” A sign on Biden’s lectern reads, “Text FL to 30330.”

Screenshot of an altered video on Facebook, taken on November 2, 2020

More examples are circulating on Facebook here and here.

But photographs and other videos confirm the event did not take place in Florida.

TV channel C-SPAN published the original video of the event, where Biden climbs up to the stage at 28:24.

C-SPAN describes the event as a drive-in rally in St Paul, Minnesota on October 30, 2020.

A screenshot of the footage at around the same time as the clip in the Facebook post shows that the top of the backdrop did not read “Tampa, Florida,” but rather “Text MN to 30330.” 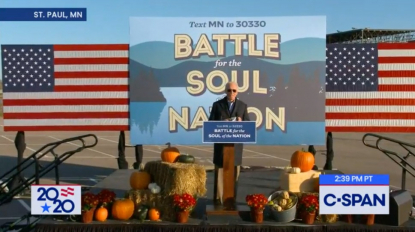 AFP also covered the October 30 drive-in rally and published several photos of the event including this one.

Metadata from AFP’s photo indicate that the image was taken the evening of October 30 in St Paul, Minnesota. 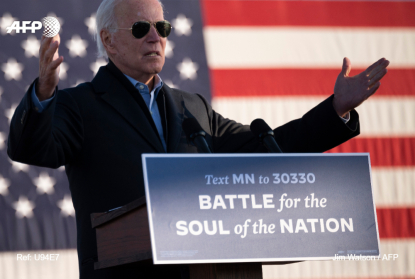 Republican candidate Donald Trump, trailing his opponent in polls, has sought to portray the Democratic candidate as senile, calling him “Sleepy Joe,” though the two men are only three years apart in age.

The claim that Biden is “sleepy” formed the basis of a manipulated video debunked by AFP Fact Check, alongside other claims about the Democratic nominee including here and here.