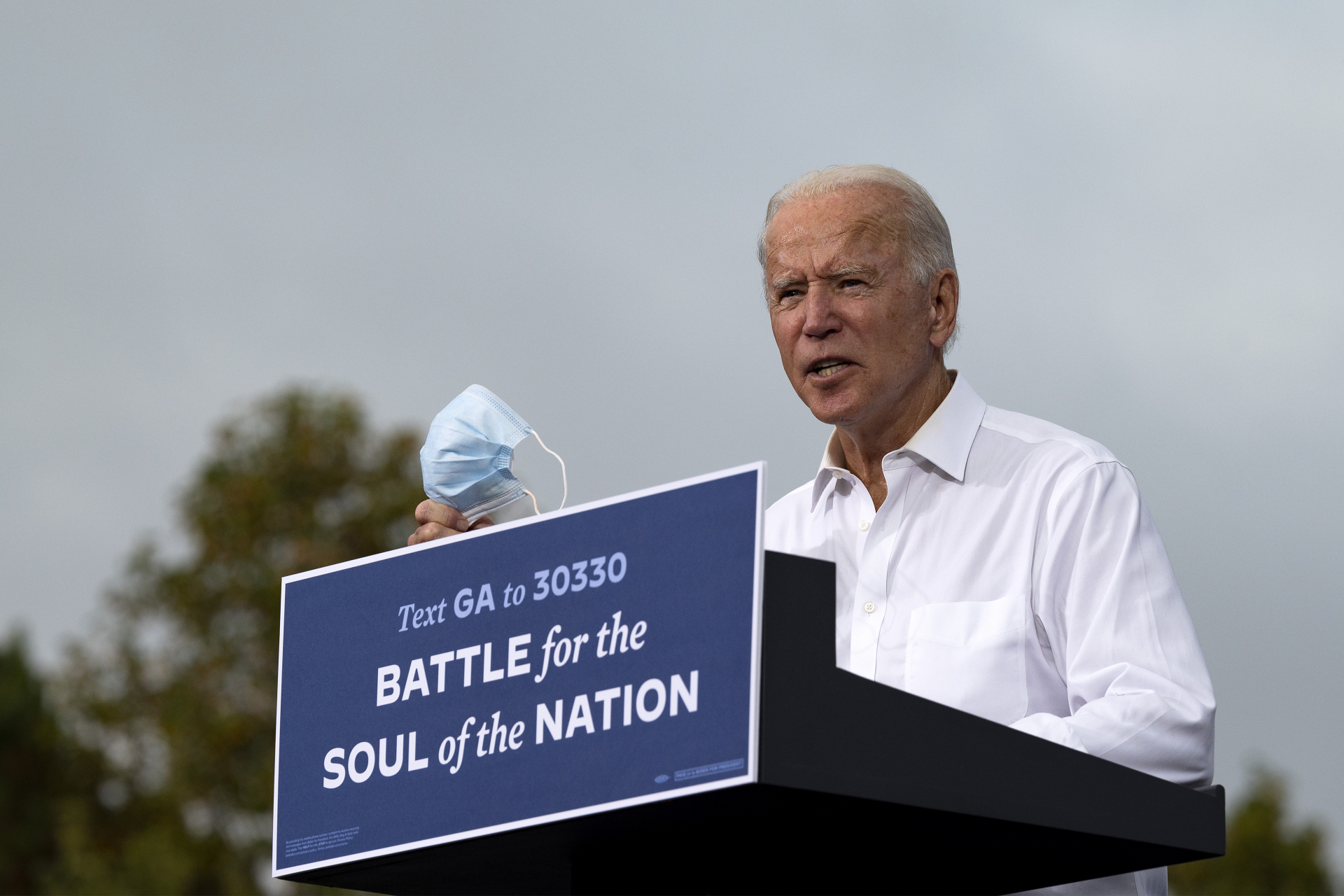 Donald Trump’s campaign and other social media users claim Joe Biden confused the president with George Bush during a recent event. But the Democratic candidate was speaking to someone named George, he did not mention the name Bush, and he made clear he knows Trump is his opponent. 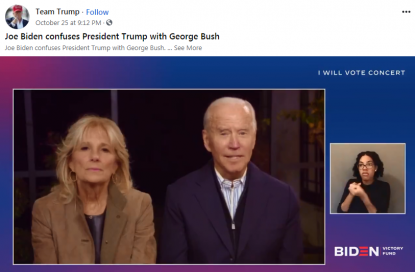 The post includes a video of Biden speaking alongside his wife Jill at the start of a fundraiser.

Trump’s campaign has sought to portray Biden -- who has a history of misspeaking -- as sleepy and generally mentally unfit to hold the office of US president, and the claim that he was confused about who he was running against fits into that narrative.

The claim also appears on Facebook here, here and here

The full video of the event -- the “I Will Vote” concert -- shows that the Democratic candidate was responding to a question from actor George Lopez, who asked why someone who is undecided or thinking about not voting should vote, and vote for Biden.

“This is the most consequential election in a long, long, long time. And the character of the country in my view is literally on the ballot,” Biden responded, before going into the remarks in the clip.

While Biden says “George,” he does not mention Bush, the name of the president who preceded Barack Obama, and quickly refers to the potential impact of Trump being elected -- a clear sign he knows who he is running against.

In addition to the claim about Biden confusing Trump with Bush, the president and his team have openly spread digitally altered images during the 2020 race.

AFP Fact check has previously debunked manipulated videos of Biden that Trump has spread on social media, as well as an ad from his campaign that featured doctored images of his Democratic rival.