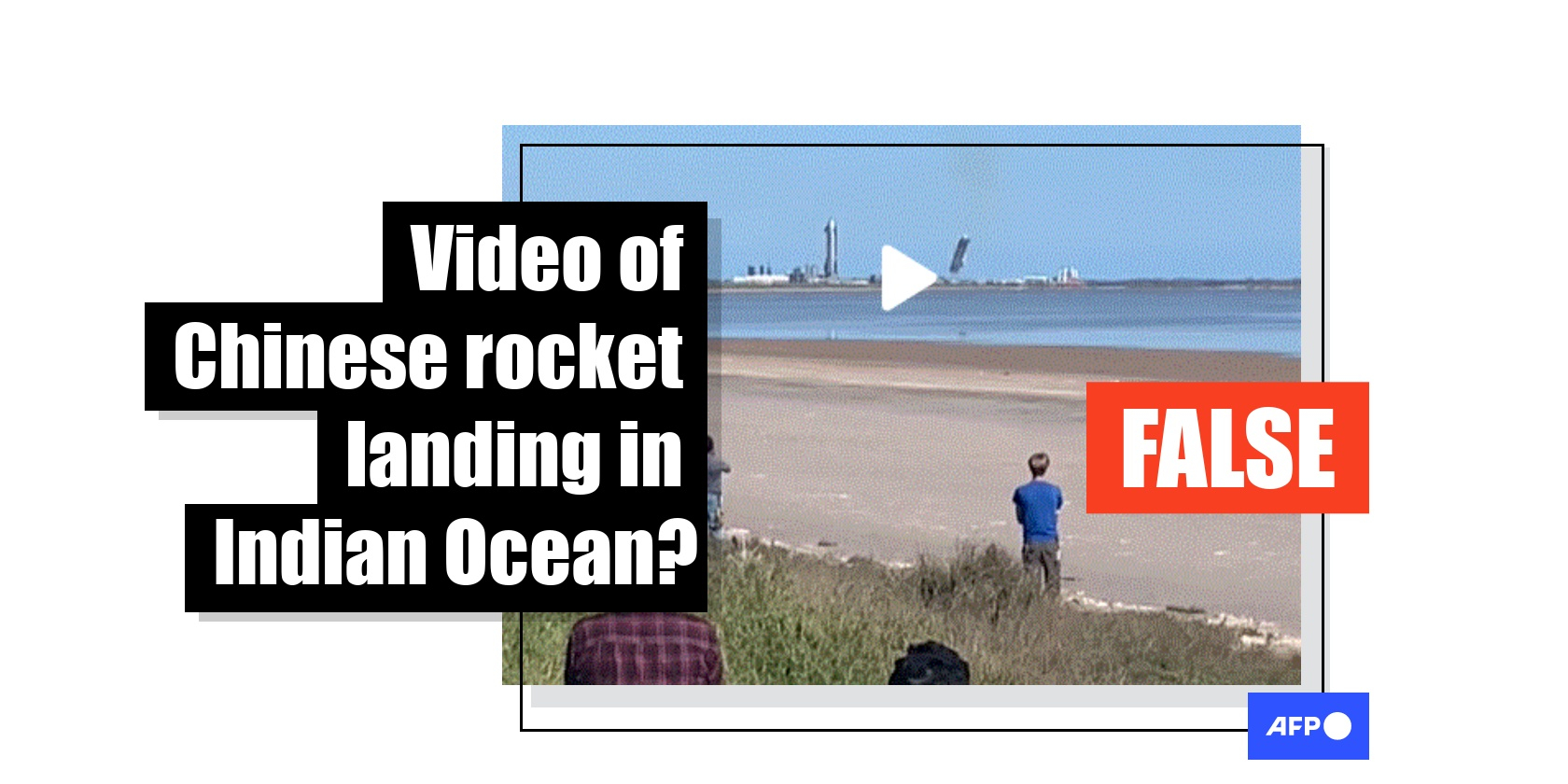 Footage of what appears to be a space rocket crashing to Earth is circulating in multiple social media posts alongside a claim that it shows debris from a Chinese rocket that made an uncontrolled landing into the Indian Ocean. However, the claim is false; the video clip predates the Chinese rocket’s recent re-entry to Earth and actually captures a SpaceX prototype rocket owned by billionaire Elon Musk that crashed in Washington last February.

The video clip was shared in numerous social media posts, including on a Facebook page called Lizzy TV. The account has more than 100,000 followers and is known for promoting the activities of Nigerian separatist  Indigenous People of Biafra.

“The world is saved from the Chinese rocket.(BBFG) The rocket finally landed In India ?? ocean hesssssss (sic),” reads the post from May 9, 2021, shared alongside the dramatic footage. “God why didn’t it Land in Aso Rock?”

Aso Rock is the seat of the Nigerian presidency and located in the capital Abuja, one of several sites around the world where people speculated that the out-of-control remains of the Chinese rocket hit.

Nearly 10,000 people have watched the accompanying video and more than 480 people have shared the Facebook post on the pro-Biafran page. The outlawed separatist group is pushing for independence from the Nigerian state.

But the video was already circulating online before the remains of the rocket, which had been launched into space to transport the first module of China's Tianhe space station into orbit several years ago, returned to Earth earlier this month.

According to the US Space Command, the Chinese Long March 5B re-entered Earth’s atmosphere over the Arabian Peninsula on May 8, 2021. While the US agency claimed it was “unknown if the debris impacted land or water”, AFP reported that a large segment of the rocket disintegrated over the Indian Ocean. 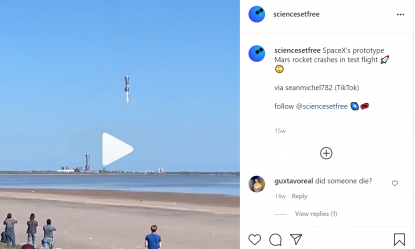 The caption in the post describes the incident as the crash landing of a prototype SpaceX rocket during a test flight conducted in  February.

AFP Fact Check found that the video, as well as a longer version, were indeed published on the same TikTok account on February 3, 2021, a day after AFP reported on the fate of the  SpaceX rocket following its test flight.

Screenshot taken on May 20, 2021, showing the TikTok video

SpaceX published a video on YouTube showing the scene of the incident, which occurred at its test site along the Texas coast. AFP also documented the incident.

Multiple reviews carried out by AFP show the TikTok footage actually captured the moment the prototype rocket landed, just from a different angle, like this version on Twitter.

Furthermore, the landing position of the SN9 rocket and the ensuing explosion in the TikTok footage also match the AFP video uploaded from February 2021.

At least four SpaceX experimental Starship rockets have ended up in flames since last December.

“These test flights are all about improving our understanding and development of a fully reusable transportation system designed to carry both crew and cargo on long-duration, interplanetary flights and help humanity return to the Moon and travel to Mars and beyond,” the company said.

SpaceX successfully launched 26 missions last year, including its Falcon 9 rocket carrying a record number of satellites on board.