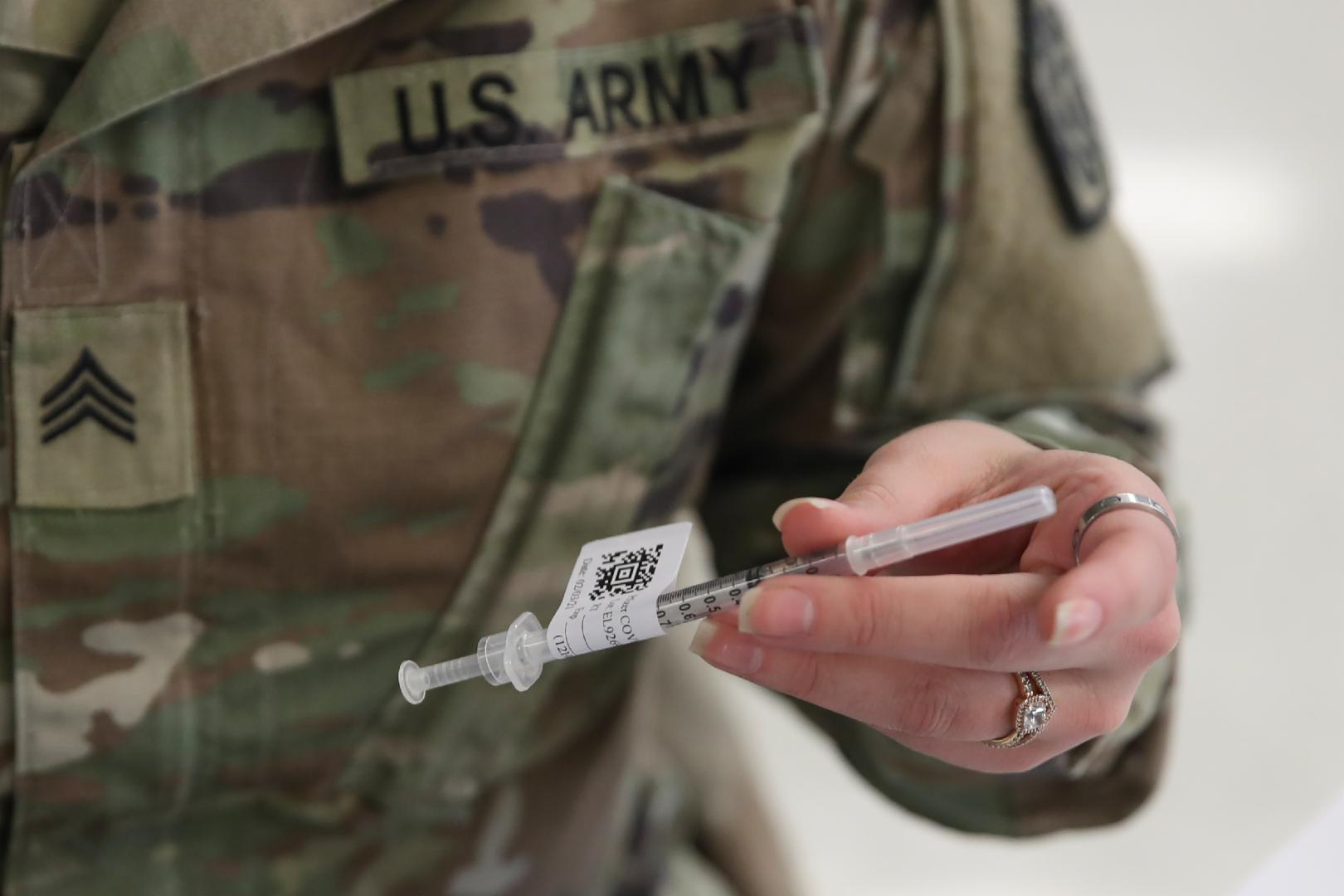 Social media users are recirculating claims that a US Department of Defense database shows the use of Covid-19 vaccines has resulted in a sharp increase in cancer and other medical conditions among military personnel. This is misleading; the Defense Health Agency (DHA) says the numbers are inaccurate because of underreporting in prior years.

"Idaho Dr./ Whistleblower list of catastrophic ailments in the military (post-V) She is extremely concerned we will not have a US standing army within 5 years," says a November 22, 2022 Facebook post. 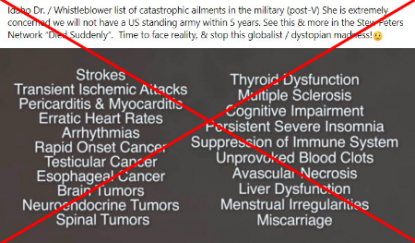 The vast majority of active-duty service members are vaccinated against Covid-19, but more than 8,000 military personnel were discharged for refusing to comply with the Pentagon's mandate. On December 15, US lawmakers rescinded the vaccination requirement as part of a compromise to pass an $858 billion spending bill for 2023.

The Facebook post cites claims made in the film "Died Suddenly," which was published on platforms such as Rumble and Bitchute in late November 2022. The film, produced by the Stew Peters Network, racked up millions of views despite amplifying multiple debunked claims about the Covid-19 vaccine.

The film includes footage from a January 2022 roundtable discussion hosted by Republican US Senator Ron Johnson in response to Covid-19 vaccine mandates for military personnel. Ohio attorney Thomas Renz and US Army flight surgeon Theresa Long -- both of whom are associated with America's Frontline Doctors, a group that has previously spread Covid-19 misinformation -- testified during the meeting.

Long and Renz claim the Defense Medical Epidemiology Database (DMED), a platform that military physicians use to view health care data, shows an influx of vaccine-related complications in 2021.

"These whistleblowers found a significant increase in registered diagnoses on DMED for miscarriages, cancer, and many other medical conditions in 2021 compared to a five-year average from 2016-2020," Johnson said in a February 2022 letter to US Defense Secretary Lloyd Austin.

But the figures presented -- including a 300 percent increase in miscarriages, an almost 300 percent spike in cancer diagnoses and a 1,000 percent rise in neurological issues -- are based on incomplete data collection prior to the use of vaccines, a military spokesman told AFP.

"DHA's Armed Forces Health Surveillance Division (AFHSD) conducted a complete review of the data contained in the Defense Medical Epidemiology Database (DMED) and found that the data was incorrect for the years 2016-2020," said Peter Graves, chief of media operations for the DHA.

By comparing the figures to data from the Defense Medical Surveillance System (DMSS), the AFHSD "discovered that the total number of medical diagnoses from 2016-2020 that were accessible in DMED represented only a small fraction of actual medical diagnoses for those years," Graves said.

"Due to this, there appears to be a significant increase in all medical diagnoses in 2021 because of the underreported data for 2016-2020," he said. "AFHSD has corrected the root cause of the data corruption and it has been restored to full functionality."

Vaccines not linked to cancer

David Gorski, professor of surgery and oncology at Wayne State University, refuted the claims from Long and Renz in an article published February 7, 2022 on the website Science-Based Medicine.

"There is no correlation shown between Covid-19 vaccination and the diseases attributed to it given that Covid vaccination status was not included in the data downloaded," he said, adding that "DMED was never even intended to look for adverse reactions to vaccines."

"This increase is because many people delayed cancer screenings or work-up of symptoms because of concerns of visiting health care facilities at the height of the pandemic," he said.

Gorski said on Twitter in February 2022 that cancer "takes years to develop" and that "real increases of 300-1000% in one year never happen."

AFP has previously debunked claims attempting to link Covid-19 vaccines to other conditions mentioned in the posts circulating online, including miscarriage and neurological problems.

The US Centers for Disease Control and Prevention (CDC) is monitoring some rare "adverse events of interest" reported after Covid-19 vaccination, including anaphylaxis, thrombosis with thrombocytopenia syndrome, Guillain-Barre Syndrome, myocarditis and pericarditis. The European Medicines Agency has also warned of heavy menstrual bleeding as a potential side effect.

However, the CDC says on its website that the "benefits of Covid-19 vaccination continue to outweigh any potential risks."

More of AFP's reporting on vaccine misinformation can be found here.