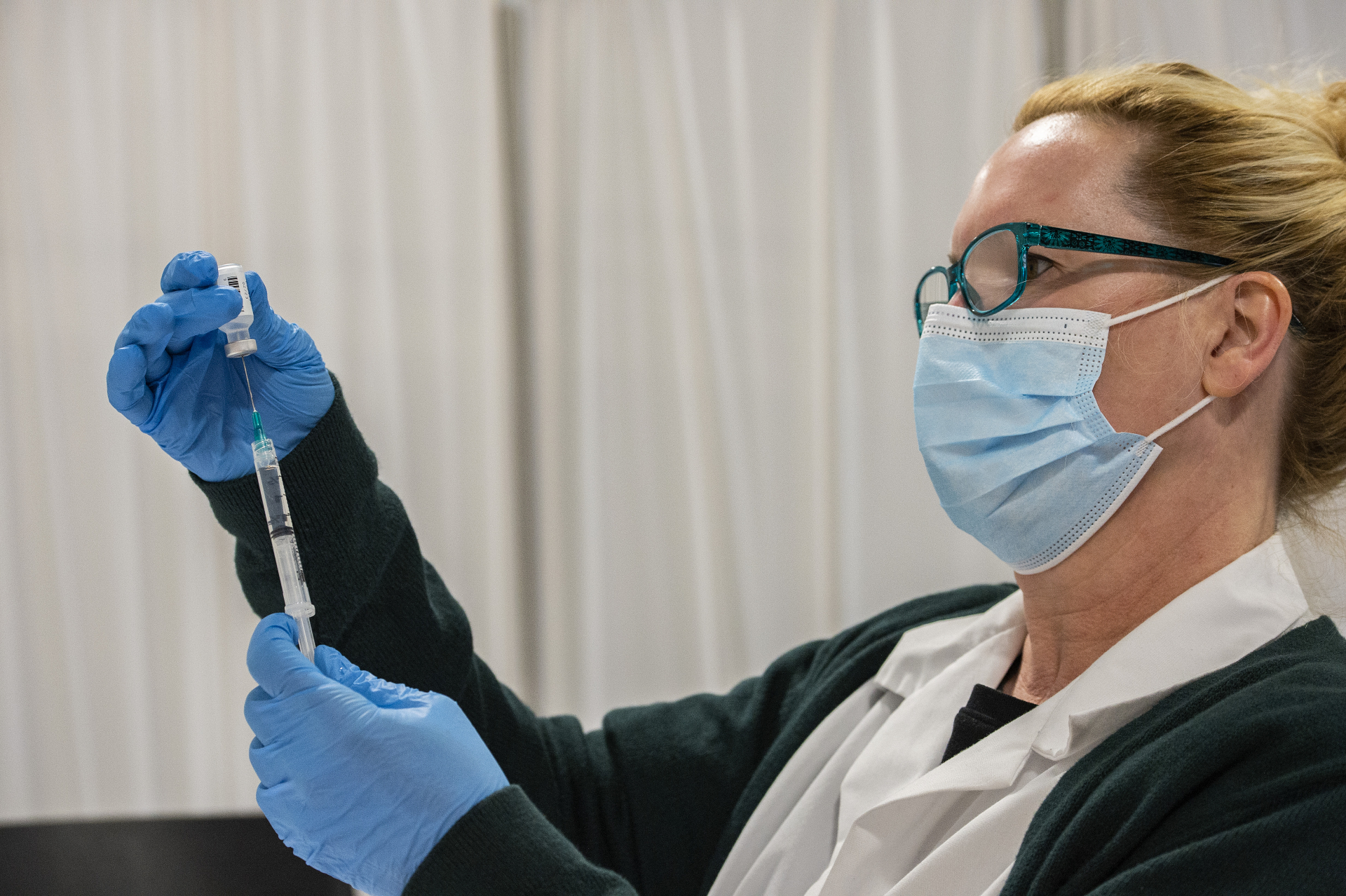 A pharmacist fills a syringe with the Pfizer-BioNTech Covid-19 vaccine in Worcester, Massachusetts on April 22, 2021 (AFP / Joseph Prezioso)

Articles claim a study found that the Covid-19 vaccine developed by Pfizer-BioNTech may cause diseases such as Alzheimer’s. But medical experts say the study linking mRNA shots to neurodegenerative diseases has no scientific basis, the paper is published in a for-profit journal, and is written by a doctor with a history of opposing vaccination.

“REPORT: Pfizer Vaccine Confirmed To Cause Neurodegenerative Diseases - Study,” warns the headline of an April 22, 2021 article from the website National File. It was shared more than 7,500 on Facebook according to social media monitoring tool CrowdTangle. 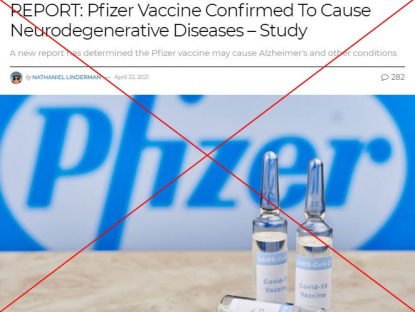 Screenshot of a National File article taken on May 10, 2021

The article was republished by Global Research, a Canadian website the US State Department has described as “deeply enmeshed in Russia’s broader disinformation and propaganda ecosystem.”

Screenshots of the article can also be found on Instagram here and here.

The article was shared as countries push to vaccinate their populations against Covid-19, which has killed more than 3.3 million people worldwide. In some cases, these efforts have been hampered by fears of the vaccine based on inaccurate claims spreading across the internet.

More than 264 million Covid-19 vaccine doses have been administered in the United States, while Canada has put more than 16.8 million shots into arms.

Most were Pfizer’s and Moderna’s mRNA vaccines, though shots that use different technology are also available in the United States from Johnson & Johnson and in Canada from AstraZeneca.

The mRNA vaccines differ from previously offered inoculations in that instead of confronting the immune system with part of a virus in a weakened or deactivated form to build antibodies, they give it a “blueprint” of a part of the virus (the spike protein) that the body can then recognize and fight when confronted by it later.

But Dr Neil Cashman, professor of neurology at the University of British Columbia, told AFP: “There is absolutely no evidence that RNA vaccines (Pfizer, Moderna) can promote risk of neurodegeneration in humans or test animals.”

Origin of the claim

The National File article is based on a single study, “Covid-19 RNA Based Vaccines and the Risk of Prion Disease” by J. Bart Classen, a licensed physician in Maryland, from the journal Microbiology & Infectious Diseases.

Another article that also cited Classen’s paper circulated in February 2021 on the website of the non-profit anti-vaccine advocacy organization Children’s Health Defense (CHD).

CHD chairman Robert F. Kennedy Jr, son of slain senator Bobby Kennedy and the nephew of former US president John F. Kennedy, shared that article on Twitter, where it received more than 2,200 retweets.

Kennedy, who has a large Facebook following but was blocked from Instagram in February 2021 after sharing false claims about Covid-19.

Classen’s paper is from an open access journal published by SciVision Publishers.

The journal is not indexed in PubMed.gov, a US database containing more than 32 million citations and abstracts under the National Institutes of Health (NIH), the agency for medical research.

Nor is it referenced in the Directory of Open Access Journals (DOAJ), which provides access to scientific journals considered to be of good quality.

“The ‘journal’ Microbiology & Infectious Diseases is a predatory journal that accepts money to publish papers without peer review -- so it is a profit-making business, not a scientific or medical journal,” according to Cashman.

Classen claims in his paper: “RNA based vaccines offers (sic) special risks of inducing specific adverse events. One such potential adverse event is prion based diseases.” He adds that a class of RNA binding proteins have been shown to play a role in “causing a number of neurological diseases including Alzheimer’s disease and ALS.”

Johns Hopkins University explains that “prion diseases occur when normal prion protein, found on the surface of many cells, becomes abnormal and clump in the brain, causing brain damage.”

The most well-known prion disease is BSE (bovine spongiform encephalopathy) -- also called mad cow disease -- which affects cattle and is believed to be related to variant Creutzfeldt-Jakob Disease in humans.

A study from researchers at the University of Texas explained that Alzheimer’s disease and prion diseases share “common pathogenic features. These include the presence of misfolded protein deposits and progressive neuronal loss in specific areas of the brain.”

But “scientists don't yet fully understand what causes Alzheimer's disease in most people,” the US National Institute on Aging says. It is the most common form of dementia and more than six million Americans are living with the disease.

An article by microbiologist Alex Berezow for the American Council on Science and Health said the claim that mRNA vaccines will trigger diseases such as Alzheimer’s is a “myth.”

Margaret Fahnestock, a professor in the Department of Psychiatry & Behavioural Neurosciences at McMaster University, agreed. “There is no experimental evidence to support the hypothesis expressed in this paper; it is based on conjecture,” she told AFP.

She said the real concern in the scientific community is the mounting evidence that Covid-19 infections -- not the vaccines aimed at preventing them -- can lead to neurodegeneration.

“In particular, those who have been hospitalized and the ‘long-haulers’ are at risk for cognitive deficits that may or may not resolve over time,” Fahnestock said.

Calling Classen’s paper “total garbage,” UBC’s Cashman explained that the mRNA in the vaccine “never makes it to the brain cells in which neurodegeneration occurs.”

Dr David Gorski, an associate professor of surgery at Wayne State University, agreed in a rebuttal to Classen’s paper for the website Science-Based Medicine.

The website of Classen’s company also includes the claim that it “has linked immunization with the development of chronic diseases including autoimmune diseases like type 1 diabetes.”

But a document from the US Centers for Disease Control and Prevention (CDC) says that Classen’s results linking vaccination to diabetes “have not been verified by other researchers.”

Several studies found no link between immunizations and a heightened risk of diabetes.

The CDC and Health Canada also say Covid-19 vaccines are safe and effective.

This claim has also been fact-checked by USA Today, The Dispatch and in French by AFP Factuel.