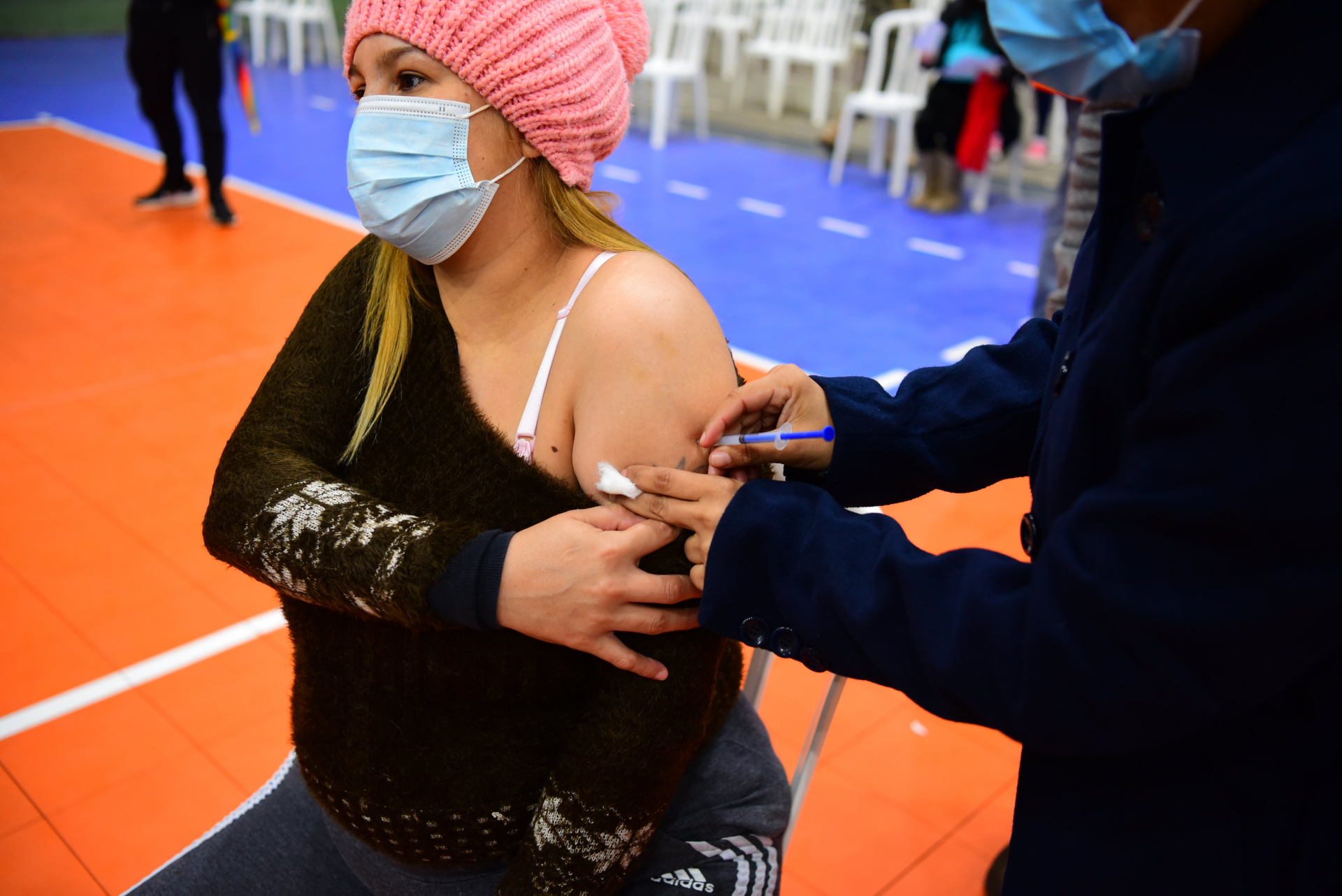 A pregnant woman receives a dose of the Moderna Covid-19 vaccine in Asuncion, Paraguay on June 19, 2021 ( AFP / Norberto Duarte)

Social media posts claim a study by US Centers for Disease Control and Prevention (CDC) scientists determined that those vaccinated against Covid-19 early in pregnancy suffered miscarriages at a rate of 82 percent. But the report found no signs of vaccine safety problems in pregnant people, and experts called the posts "inaccurate" and "dangerous."

“New England Journal of Medicine finds that women who got v4x3d - within 30 days of becoming pregnant and up to 20 weeks pregnant - had a miscarriage rate of 82%," said a July 5, 2021 tweet, referring to Covid-19 shots. 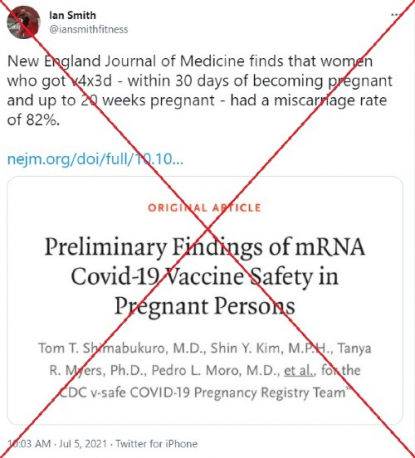 The tweet links to this study published by The New England Journal of Medicine. Similar claims about the study appeared on social media here and here.

The study uses data from the Vaccine Adverse Event Reporting System (VAERS), the V-safe After Vaccination Health Checker surveillance system and the V-safe Covid-19 Vaccine Pregnancy Registry to give a preliminary look at Covid-19 vaccine safety among pregnant people.

It found no clear safety risks among pregnant people who received mRNA Covid-19 vaccines, but acknowledged that "more longitudinal follow-up, including follow-up of large numbers of women vaccinated earlier in pregnancy, is necessary to inform maternal, pregnancy, and infant outcomes."

Contrary to the study results, social media posts claim the vaccines pose a serious risk to pregnancies -- part of a deluge of misinformation about Covid-19 shots that has left many people reluctant to receive the jabs, even though almost all recent US deaths from the disease are among the unvaccinated.

Experts reviewed the study and found the social media claims to be false.

Dr Hector Chapa, a fellow of the American Congress of Obstetricians and Gynecologists, told AFP: "When the data from these datasets are interpreted correctly, as the publishing authors have done, the results clearly show no significant adverse pregnancy complications, including no increase in miscarriage rate... Therefore, I was quite surprised to see social media posts completely misinterpret the data in this article."

Chapa, a clinical assistant professor at Texas A&M College of Medicine, said the pandemic seems to have spurred a new generation of "armchair scientists" and "couch physicians."

The 82 percent miscarriage figure "could not be any further from the truth," he said. "The conclusion of that social media commentator is a textbook example of how picking partial data from a set can be interpreted any way one sees fit."

The CDC told AFP that the social media figure is "not an appropriate calculation based on the data available."

A since-deleted Instagram post from a user with the same handle as the Twitter account offered some insight into how the 82 percent figure was reached, saying: "Don't tell me you did the math until you took out the 700 people out who got their first dose in the 3rd trimester."

As public health researcher Devon Greyson said, pregnancies that end early do not tend to end well. If they "don't end in the third trimester, outcomes are often not good," they said.

Greyson, a professor at the University of British Columbia's School of Population and Public Health, said that calculating in this way is like trying to determine a high school's dropout rate by excluding all of the 12th grade students who have graduated. While a few students might have graduated early, most who do not graduate in year 12 have dropped out, skewing the numbers.

In the same way, "most early pregnancy completions are due to miscarriages, not an early live birth."

Greyson called the social media claims "misleading" and "dangerous" because they may deter pregnant people from getting vaccinated despite evidence showing the shots are safe.

Satin pointed out that "proportions of adverse pregnancy and neonatal outcomes from the V-safe registry are similar to the published incidences in pregnant populations before the pandemic."

The CDC says pregnant and recently-pregnant people are at increased risk from severe illness from Covid-19. Vaccines can help protect them, and experts believe the shots are unlikely to pose a risk to those expecting a baby. But data is still limited on the vaccines' safety in pregnant people.