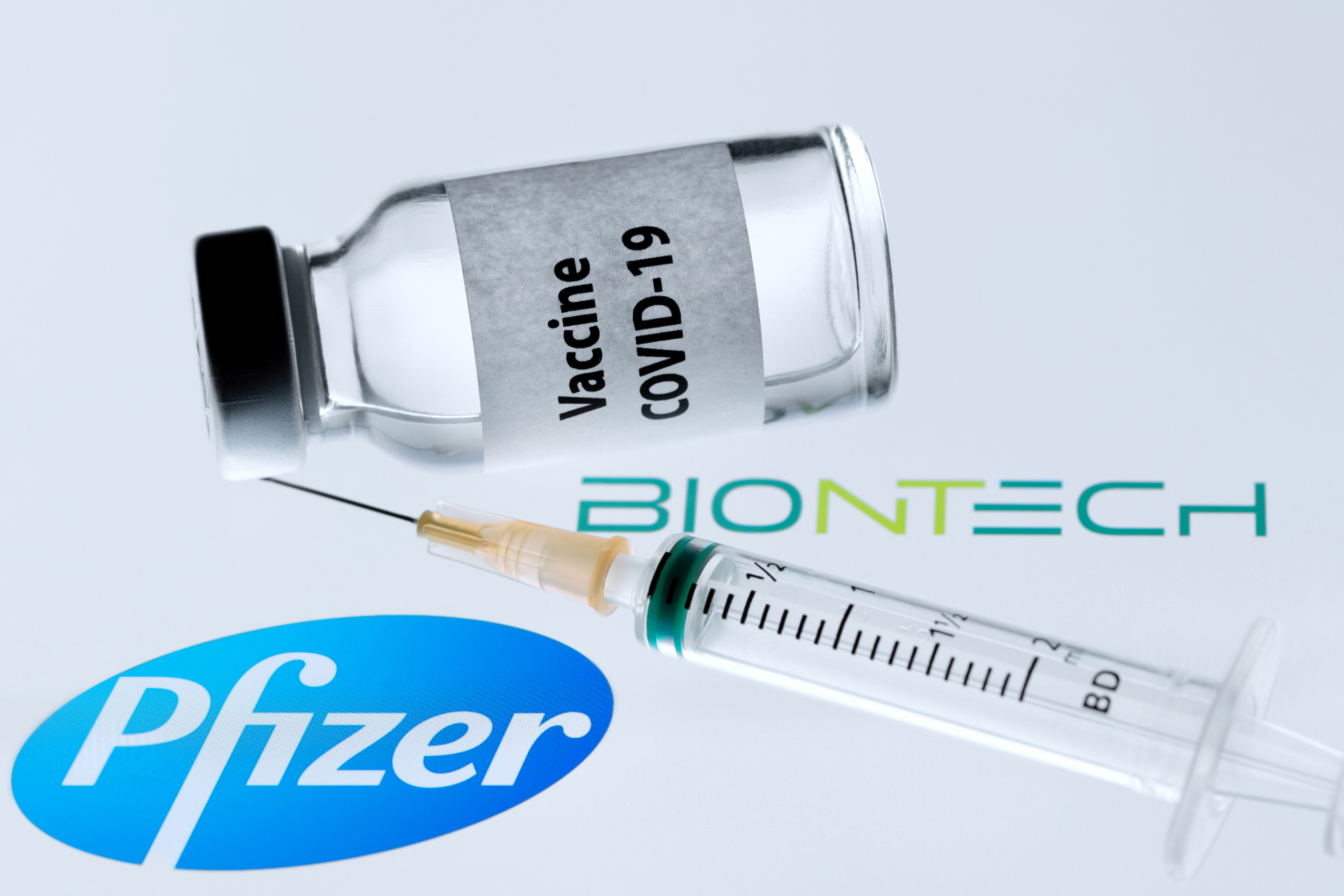 Covid-19 vaccine not shown to cause female sterilization

Social media posts claiming that a Pfizer researcher found that the company’s Covid-19 vaccine will lead to infertility in women have been shared thousands of times. But independent medical experts and Pfizer said no sterilization was documented during clinical trials, and the researcher’s LinkedIn profile says he has not worked at the American pharmaceutical company since 2011.

“Head of Pfizer research: Covid Vaccine is female sterilization,” reads the headline of an article, a screenshot of which has been shared across Facebook, Instagram and Twitter since December 5, 2020. Posts making similar claims have been circulating in German and Portuguese. 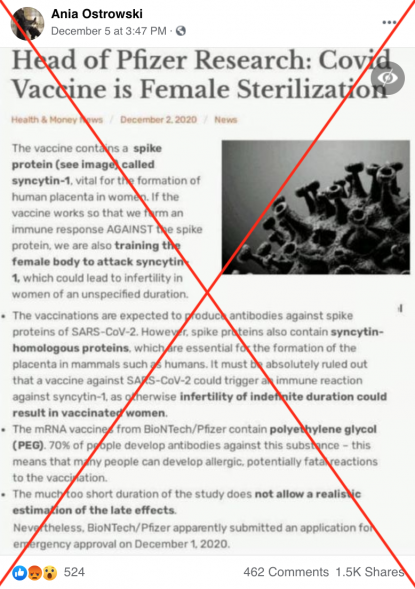 The article cites former Pfizer researcher Michael Yeadon whose LinkedIn profile says he left Pfizer, where he worked on allergy and respiratory research, in 2011 -- eight years before the start of the coronavirus pandemic.

Yeadon claims that the Covid-19 vaccine, which was first administered to the public on December 8, would train the immune system to attack a protein involved in placenta formation, syncytin-1, leading to infertility for women.

This is not how the messenger Ribonucleic Acid (mRNA) vaccine, developed in cooperation with the German company BioNTech, works, according to Dasantila Golemi-Kotra, an associate professor in microbiology at York University.

“The mRNA vaccine works by providing the body with an instructional molecule, such as mRNA, that tells the human cells how to synthesize the viral protein (the infamous spike protein),” she told AFP in an email.

The (mRNA) vaccine, such as the one developed jointly by Pfizer and BioNTech, does not contain any protein from the virus itself, but rather the instructions for the body to synthesize a viral protein so that the immune system learns to defend itself against it.

It differs from regular vaccines in that instead of confronting the immune system with part of a virus in a weakened or deactivated form to build antibodies, it gives it a “blueprint” of a part of the virus (the spike protein) that the body can then recognize and fight when confronted by it later.

She explained that the immune system can “recognize a surface in their target protein, which rarely is confined to a single short amino acid sequence.”

“Therefore it can be safely assumed that vaccination with the viral spike protein will also direct antibodies only against the targeted spike protein and nothing else,” Mishra said.

Annette Beck-Sickinger, professor at the University of Leipzig, said that “if this syncytin claim was true, every woman who has been previously infected with Covid-19 would consequently be infertile, but this is not the case.”

Although the Pfizer-BioNTech vaccine is the first to use mRNA commercially, mRNA was discovered in the early 1960s, with animal testing starting in the 1990s.

This vaccine “was tested, because of the scrutiny, with even higher standards in terms of how we do things,” Pfizer CEO Albert Bourla said during a briefing on December 8.

Dervila Keane, a Pfizer spokeswoman, also said that “there is no data to suggest that the Pfizer BioNTech vaccine candidate causes infertility.”

“It has been incorrectly suggested that Covid-19 vaccines will cause infertility because of a very short amino acid sequence in the spike protein of SARS-CoV-2 virus that is shared with the placental protein, syncytin-1,” Keane said.

“The sequence, however, is too short -- 4 shared amino acids -- to plausibly give rise to autoimmunity. Additionally, a cohort comparing the outcomes of pregnancies with and without intercurrent SARS-CoV-2 infection shows no difference in outcomes,” she added.

Although no evidence has been found of adverse effects on pregnant women so far, mostly because the clinical trials did not intentionally include pregnant women, the UK government advises to wait until the pregnancy is over to get vaccinated.

For the general population, “the Data Monitoring Committee for the study has not reported any serious safety concerns related to the vaccine,” Keane said.

It concluded that “the vaccine was well tolerated, with most solicited adverse events resolving shortly after vaccination. The only Grade 3 (severe) solicited adverse event greater than or equal to 2% in frequency after the first or second dose was fatigue at 3.8% and headache at 2.0% following dose 2,” she said.

Details of the Pfizer trial can be found here.

A US Food and Drug Administration briefing document states that “the frequency of serious adverse events was low (<0.5%), without meaningful imbalances between (vaccine and placebo) study arms.”

The post also claims that the vaccine contains polyethylene glycol, an ingredient that the article says causes adverse effects including death.

The vaccine does contain a variation of the molecule, butthe additive “is not in a pure form, i.e. as just polyethylene glycol but as a chemical modified version of it… likely to make it amenable to the application,” York University’s Golemi-Kotra explained.

For people with documented allergies to the additive she said: “A consultation with a doctor is the best way to go.”

Canada approved the Pfizer-BioNTech vaccine on December 9, 2020 and previously announced that the country will receive up to 249,000 doses in December.

This vaccine and another mRNA candidate from pharmaceutical company Moderna are currently seeking emergency approval in the US.