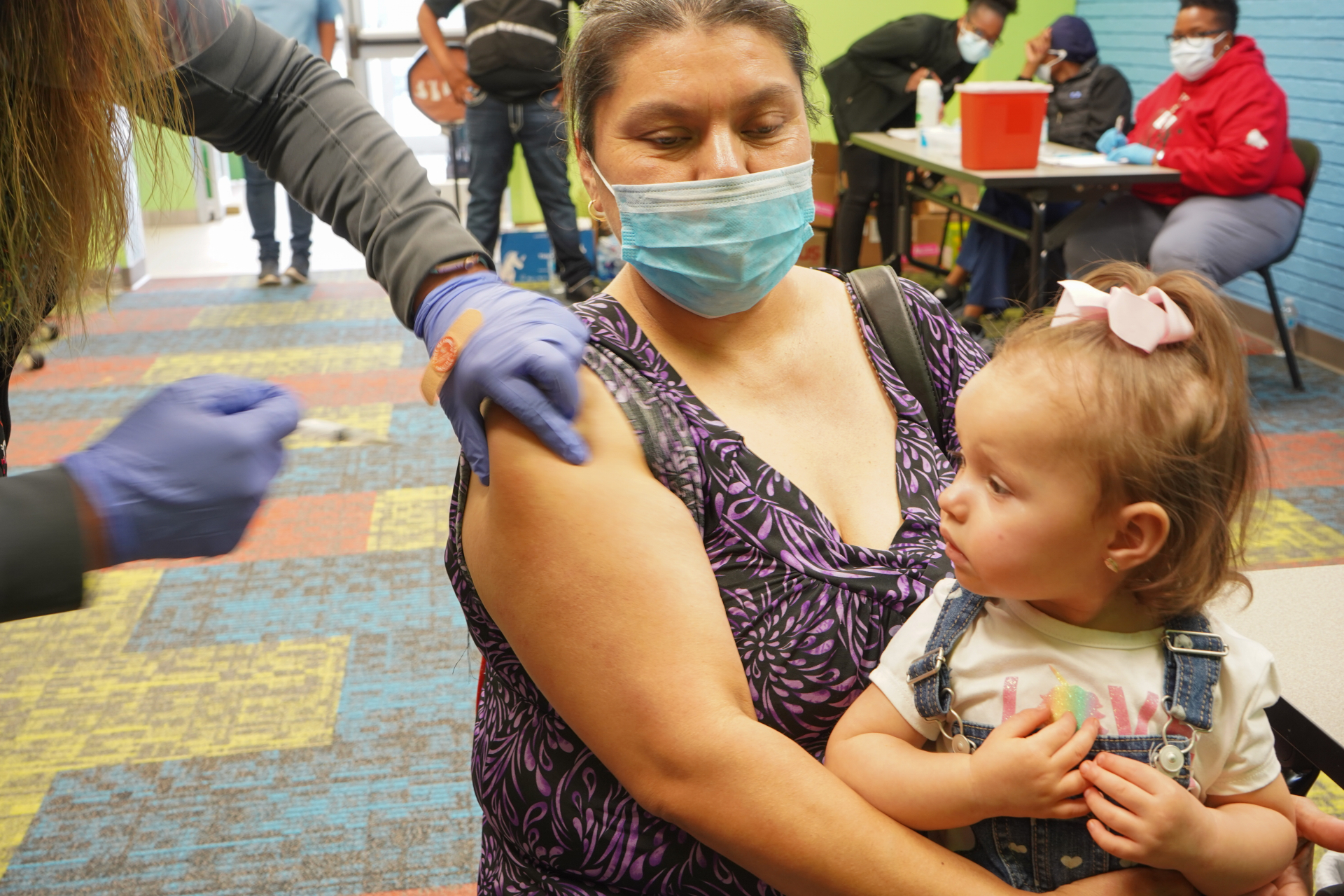 A lengthy text post shared on Facebook repeats multiple false claims about Covid-19 vaccines, including that the shots will cause sterilization and that they were not adequately tested. 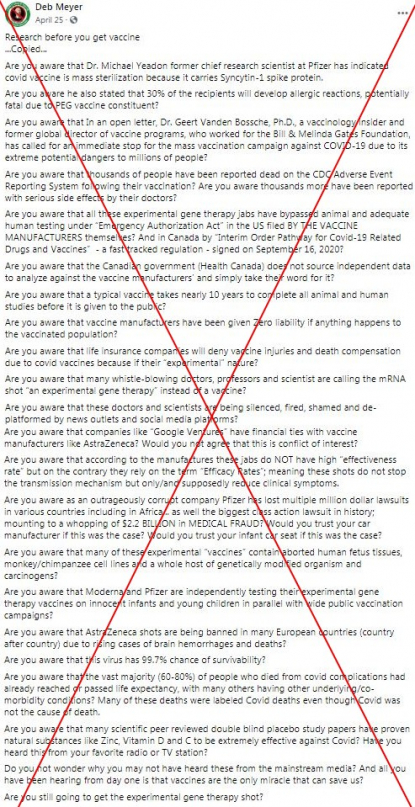 More than 286 million Covid-19 shots have been administered in the United States -- an immunization campaign that has been targeted by inaccurate claims about vaccines.

Below, AFP Fact Check examines the claims in the post.

AFP examined Yeadon’s claim about the Syncytin-1 spike protein in December 2020 and found it to be false.

Syncytin-1 is a protein essential for placental formation.

But Dervila Keane, a Pfizer spokeswoman, said: “It has been incorrectly suggested that Covid-19 vaccines will cause infertility because of a very short amino acid sequence in the spike protein of SARS-CoV-2 virus that is shared with the placental protein, syncytin-1.”

The sequence shares just four amino acids and is therefore too short to “plausibly give rise to autoimmunity,” or prompting the body’s immune system to attack its own cells, she said.

The immune system can “recognize a surface in their target protein, which rarely is confined to a single short amino acid sequence,” she said.

Claims that the Covid-19 vaccine will impact fertility have been shown to increase vaccine hesitancy.

But a joint statement from the American College of Obstetricians and Gynecologists, the American Society for Reproductive Medicine and the Society for Maternal-Fetal Medicine said: “There is no evidence that the vaccine can lead to loss of fertility.”

Claim: “Dr. Geert Vanden Bossche, Ph.D., a vaccinology insider and former global director of vaccine programs, who worked for the Bill & Melinda Gates Foundation, has called for an immediate stop for the mass vaccination campaign against Covid-19 due to its extreme potential dangers to millions of people.”

AFP investigated claims by Vanden Bossche after he published an open letter in March 2021, and found them to be false.

He argued that mass vaccination would lead to out of control variants, but experts said it is crucial to vaccinate as many people as quickly as possible to limit the risk of new variants emerging.

Joe Grove, a virologist at the Institute of Immunity and Transplantation at University College London, said: “If we’re worried about the Covid-19 becoming some ‘super-virus,’ the best way to stop that is to stop it from replicating and the best way to do that is vaccines.”

This was confirmed by Scott Halperin, director of the Canadian Centre for Vaccinology.

“If we rapidly achieve high levels of population immunity through vaccination, the risk of variant emergence is decreased because there are insufficient numbers of susceptible individuals to continue the propagation of the virus and spread through the community,” he said.

Claim: “Thousands of people have been reported dead on the CDC Adverse Event Reporting System following their vaccination.”

A lengthy disclaimer about the US Vaccine Adverse Event Reporting System (VAERS) that users must acknowledge they have read and understood before accessing its data makes clear that information it contains is not proof that a vaccine caused harm.

“The reports may contain information that is incomplete, inaccurate, coincidental, or unverifiable. Most reports to VAERS are voluntary, which means they are subject to biases,” the disclaimer says.

Statistics taken from VAERS have been inaccurately cited on Facebook and Instagram as evidence that Covid-19 vaccines are causing thousands of deaths, a claim not supported by US health authorities’ investigations.

The US Centers for Disease Control and Prevention has condemned efforts to misrepresent the system’s data, saying statements implying “deaths following vaccination equate to deaths caused by vaccination are scientifically inaccurate, misleading, and simply irresponsible.”

In the US, three Covid-19 vaccines have been authorized for emergency use by the US Food and Drug Administration (FDA).

All three companies disclosed the results of trials on non-human subjects in official statements. The vaccines created an immune response that protected animals against a SARS-CoV-2 infection, according to the companies’ press releases.

Kirk Leech, executive director of the European Animal Research Association and Akiko Iwasaki, an immunobiologist at Yale University, confirmed that testing on animals took place during the development of Covid-19 vaccines.

Claim: “Life insurance companies will deny vaccine injuries and death compensation due to covid vaccines because if [sic] their ‘experimental’ nature.”

The American Council of Life Insurers (ACLI) said that the claim is “false information.”

In a statement published on its website on March 12, 2021, an ACLI senior vice president Paul Graham, said: “Life insurance policy contracts are very clear on how policies work, and what cause, if any, might lead to the denial of a benefit. A vaccine for Covid-19 is not one of them.”

He continued: “Policyholders should rest assured that nothing has changed in the claims-paying process as a result of Covid-19 vaccinations.”

All of AFP’s fact-checks on Covid-19 in English can be found here.