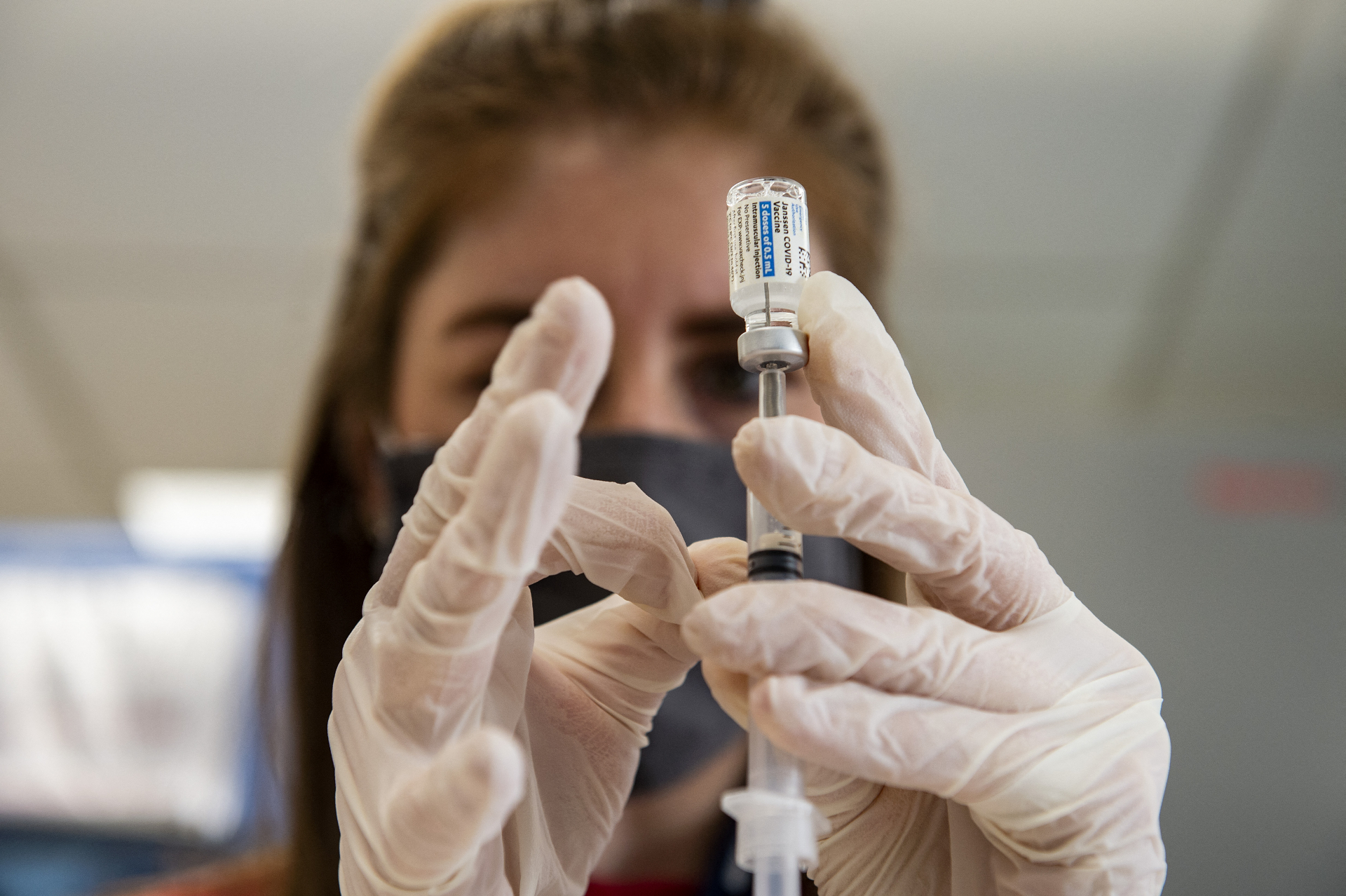 Social media posts claim that pharmaceutical companies “skipped” animal trials while developing Covid-19 vaccines because the subjects kept dying. This is false; the three vaccines authorized for emergency use by US regulators went through animal testing, and research organizations and a biologist said the trials did not reveal safety issues.

“Better wake up before it’s too late,” says a May 15, 2021 Facebook post that includes a clip of testimony before the Texas Senate. Onscreen text in the video says that animal trials were “skipped” because “all animals were dying.” 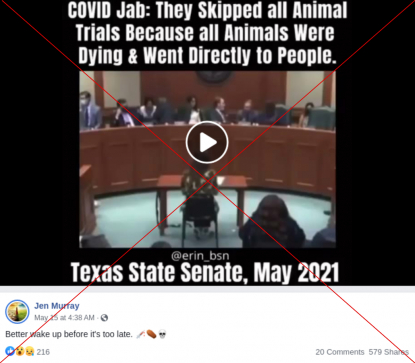 More than 285 million Covid-19 shots have been administered in the United States -- an immunization campaign that has been accompanied by a flood of inaccurate online claims about vaccines.

Video of the May 6 hearing is available on the Senate’s streaming website here.

The part of the recording used in the social media posts can be found around the 44 minute mark. It shows Texas Republican state Senator Bob Hall asking questions to pediatrician Angelina Farella.

In the course of the exchange, Hall, who local media reported has spread other coronavirus misinformation, said: “What I’ve read, they actually started the animal test, and because the animals were dying, they stopped the test.”

In the US, three Covid-19 vaccines have been authorized for emergency use by the US Food and Drug Administration (FDA) as a result of the severity of the pandemic: one from Pfizer-BioNtech, another from Moderna and a third from Johnson & Johnson.

All three companies disclosed the results of trials on non-human subjects in official statements. The vaccines created an immune response that protected animals against a SARS-CoV-2 infection, according to the companies’ press releases. 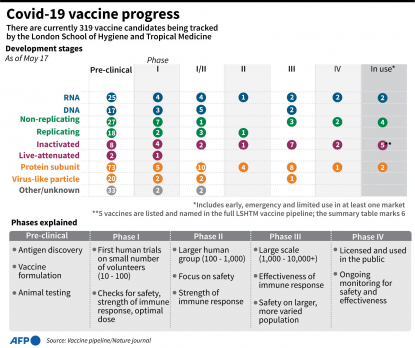 Animals are typically used at two separate stages in the creation of all vaccines including Covid-19, said Kirk Leech, executive director of the European Animal Research Association.

“Studies using mice, ferrets and monkeys initially identify what vaccines are likely to be effective and then once a vaccine has been developed, animals, usually monkeys, are used to test if the finished product is safe for human trials,” he said.

“If safety and efficacy are not guaranteed in the preclinical trials, the study would not proceed,” Leech said -- something that did not occur with the Covid-19 vaccines.

Both Leech and Akiko Iwasaki, an immunobiologist at Yale University, said that testing on animals did take place during the development of Covid-19 vaccines.

But the urgency of the pandemic resulted in some testing on humans and animals being conducted simultaneously for the Moderna and Pfizer vaccines, they said.

Human trials were approved based on previous testing of mRNA technology on animals that had been shown to be safe, Leech said, adding: “The collective effort to find volunteers for vaccine trials went forward as a priority, but no corners were cut.”

Iwasaki also said: “There is no data that indicated that any of the vaccinated animals died as a result of vaccination.”

Eva Maciejewski, director of media relations at the Foundation for Biomedical Research, agreed. She said that with all three vaccines approved for emergency use by the FDA, “the animals were safe and high levels of immunity after receiving the vaccines” were seen.

Some research protocols call for the animals to be euthanized at the end of a study for purposes of postmortem analysis or sample collection, she added.

Although Covid-19 vaccines are the first to use cutting-edge messenger ribonucleic acid (mRNA) technology and be authorized and distributed globally, research on using mRNA technology for vaccines started in the early 1990s, and included promising tests on animals.