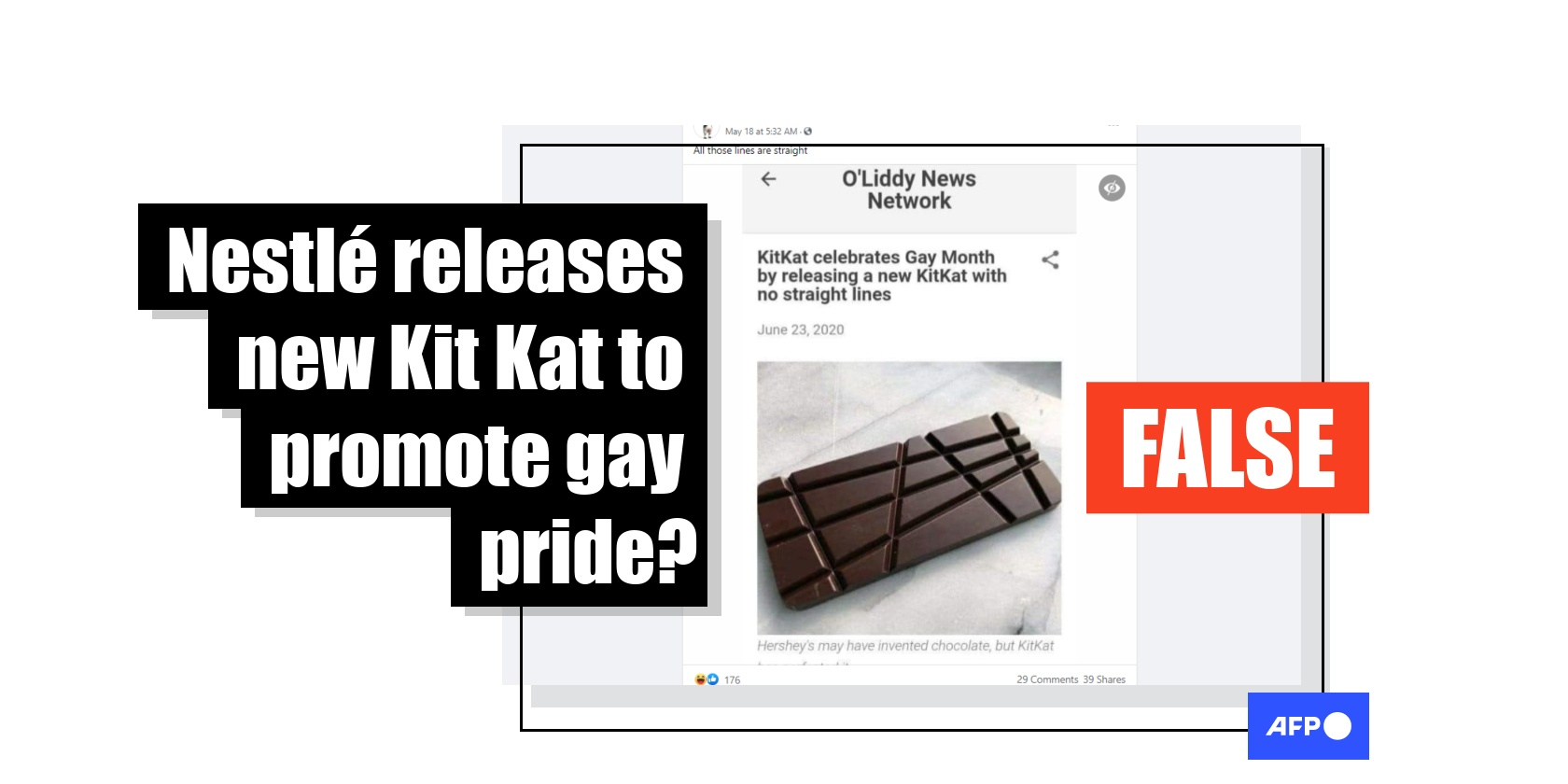 An image has been shared hundreds of times on Facebook that purports to show a new Kit Kat bar “with no straight lines” launched to celebrate “gay [pride] month”. The claim is false: spokespersons from Nestlé and Hershey, the companies that manufacture Kit Kat, separately told AFP that they did not release the chocolate bar featured in the social media posts.

The claim was shared by a New Zealand-based Facebook page here.

The image purports to show a screenshot of an article from the “O’Liddy News Network” published on June 23, 2020.

Under the headline, a photo purports to show a Kit Kat bar with diagonal lines, rather than the brand’s standard horizontal lines as seen here.

The term “Gay Month” is a misnomer for Pride Month, which is celebrated by members of the LGBTIQ+ community in the United States over the month of June.

The same image has also been shared by other Facebook users here and here alongside a similar claim.

In response to the misleading posts, Nestlé and Hershey separately told AFP they had not released the Kit Kat bar shown in the photo.

“The Hershey Company has not released this Kit Kat product or this image that you reference below,” a Hershey spokesperson said on May 24.

“I can confirm that this is not a Nestlé KitKat product,” the Nestlé spokesperson said in an email on May 21.

The chocolate bar pictured in the misleading posts closely resembles one created by a mould posted to Instagram here by Belgian chocolate mould manufacturer Chocolate World in May 2019.

Below is a screenshot comparison of the image in the misleading posts (L) and the Chocolate World image (R):

A screenshot comparison of the chocolate bar posted to Chocolate World’s Instagram (left) and the image posted to Facebook (right), showing the same crisscrossed A-pattern and line spacing.

Multiple searches online returned no results for the “O’Liddy News Network” featured in the misleading posts.

But searches showed multiple versions of the meme, which has been circulating online since at least 2020 on satire websites, including here and here.