Multiple Facebook posts in Zambia have spread panic about a wave of gas attacks by gangs. While the government blames the online rumours for sparking riots and lynchings, the issue has also sowed wider political discord. AFP has looked at how the misinformation started and debunked some of the claims.

News outlets including AFP reported that the trouble began in December in Zambia’s copper-belt region and more recently spread to the capital, Lusaka.

Criminal gangs were using noxious gas to immobilise victims before robbing them, although official information about the incidents remained scant.

Tensions have escalated in recent weeks, with supporters of Zambia's two main parties hurling accusations at each other on social media. While some denounced the government for alleged inaction, others claimed it had actually orchestrated the gas attacks.

AFP found dozens of Facebook posts shared more than 2,500 times which spread false or misleading claims about the attacks.

We've debunked some of these posts, which you can read here, here, here and here.

Almost all of them varied in content and claims, making it difficult to verify them collectively.

This post here, for instance, claimed to have identified the gaseous spray behind the multiple attacks, although AFP has yet to confirm it. 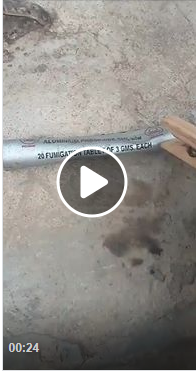 A screenshot taken from a Facebook video on February 21, 2020, claiming to show a gas cylinder used in an attack

Another one here claimed the perpetrators were "blood-sucking Malawian sorcerers" hired by the ruling Patriotic Front to stay in power. A few, like this post here, alleged to show evidence of mob justice, although AFP has yet to confirm this with authorities. 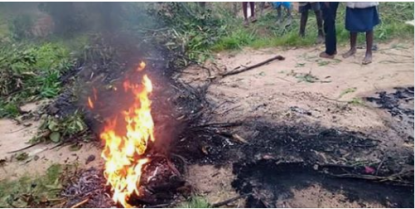 A screenshot taken from a Facebook post on February 21, 2020, claiming to show the scene of a vigilante killing

In recent days, Zambia’s two political rivals have called for calm and swift resolution - as well as taunted each other.

President Edgar Lungu, in a statement released on February 19, appealed for cool heads from both his party and the opposition United Party for National Development (UPND), while expressing “dismay” at the spread of misinformation in media and on social networks. 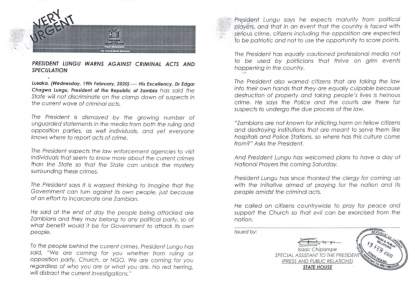 Screenshots of the two-page presidential statement issued on February 17, 2020

UPND leader Hakainde Hichilema responded a day later with a statement on his party’s website, in which he denied allegations of complicity and suggested the real agents of disorder were within the ruling party’s ranks.

He said the FBI or Britain's Scotland Yard should investigate the assaults.

Police on Friday said they had formally arrested 16 people.

“We have further made progress to identify the persons who are behind this mob justice that has been going on,” Rae Hamoonga, police deputy spokesman, said in a video here.

On February 17, Zambian police said in a statement they had apprehended 50 people in connection with various vigilante attacks in which at least five people had been killed.

The statement detailed numerous reports of suspects using poisonous gas, adding that those convicted face a prison term of 14 years.