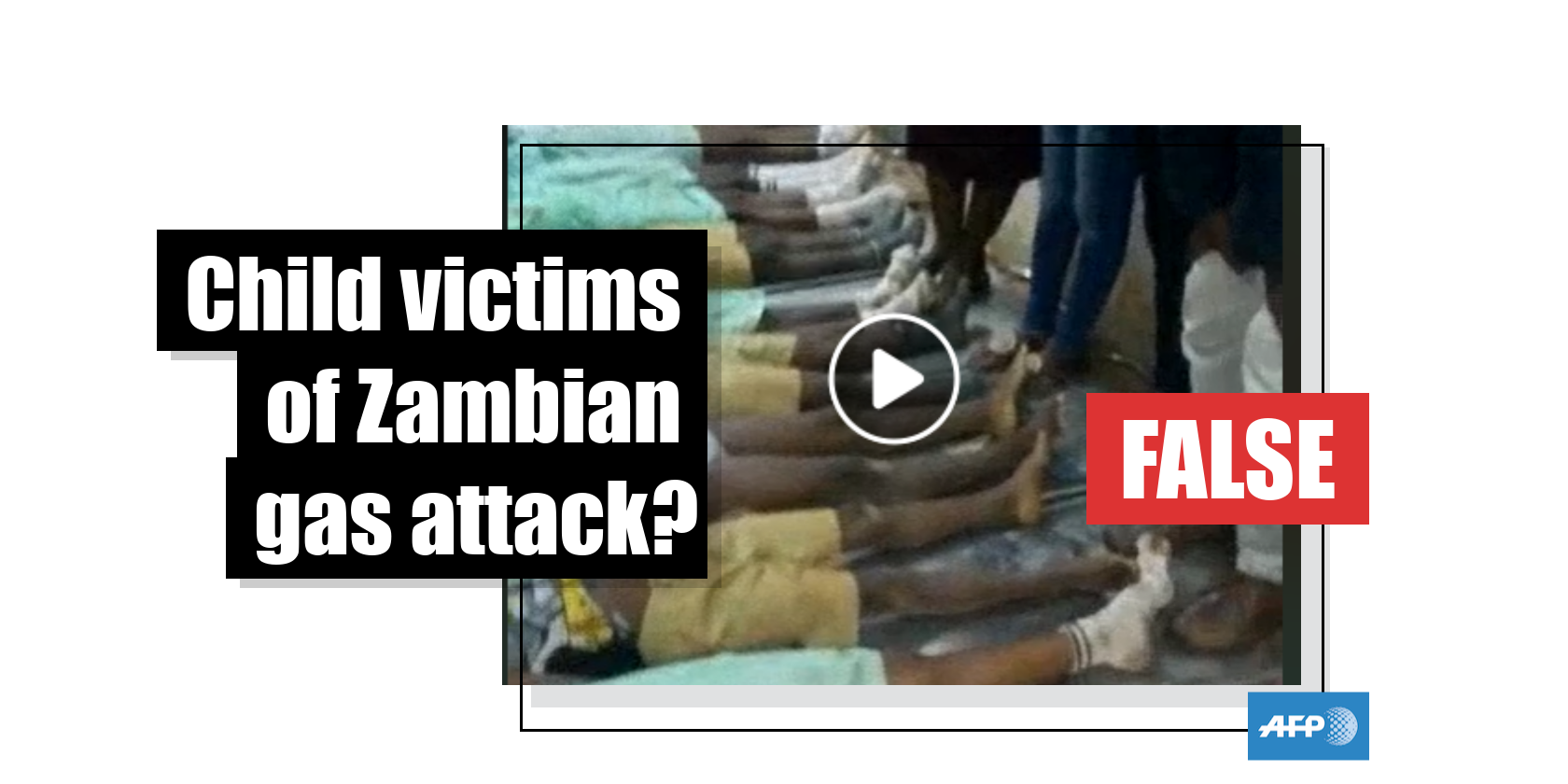 No, this footage was shot in Kenya at the scene of a deadly school stampede

A Facebook post shared hundreds of times claims to show a video clip of schoolchildren killed in a gas attack in Zambia. The claim is false -- the distressing footage was taken at the scene of a deadly school stampede in Kenya.

The post, archived here, has been shared more than 400 times and calls on authorities to close all schools until the gas attacks -- presumably in Zambia, although it doesn’t specify -- are stopped. 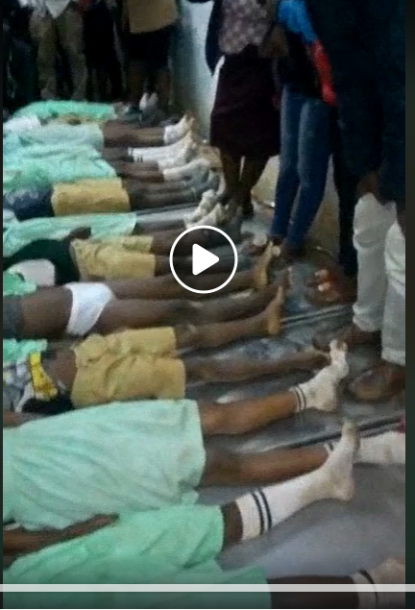 A screenshot taken on February 21, 2020, from a video showing the young victims of a school stampede in Kenya

The post includes a video clip that allegedly shows the scene of a fatal gas attack that killed a number of children.

Part of the caption reads: “Look at how our children are suffering by the gassing of this toxic chemicals.” [sic]

Reference is also made to the ongoing activity of “ritual killers”, another topical issue in Zambia being linked by some (see here and here) to the chemical gas attacks.

The post's claim is false: The video shows the tragic aftermath of a stampede that took place at a Kenyan school in Kakamega, northwest of Nairobi, earlier this month which claimed the lives of at least 13 children, as AFP reported here. Dozens were injured.

A reverse image search using a screengrab from the video links to this Facebook post here, which correctly places the footage in Kenya.

Authorities in Zambia are battling to quell public alarm following weeks of reported attacks by assailants using unspecified gas to subdue victims before robbing them, as AFP reported here.

Rumours on social media have added to the panic and led to tit-for-tat accusations between political parties. President Edward Lungu called for calm in a statement on February 19, 2020, saying he was “dismayed by the growing number of unguarded statements in the media from both the ruling and opposition parties”.