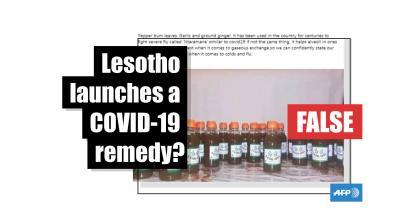 Published on Thursday 4 June 2020 at 14:59
Facebook posts shared thousands of times claim that people in Lesotho are "immune" to COVID-19 because the country apparently created a remedy for the disease. The claim is false; a health ministry spokesman denied the southern African state had endorsed such a treatment while the head of the company that makes the tonic featured in the posts said it has not been tested to treat COVID-19.
Read more 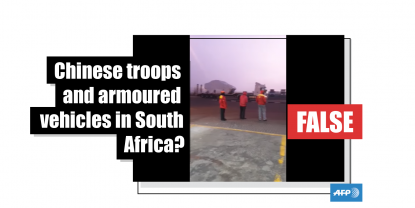 This footage shows military equipment being transported in Namibia

Published on Friday 29 May 2020 at 18:50
A video shared hundreds of times on Facebook purports to show Chinese troops and armoured vehicles recently deployed in South Africa. But this is false; the footage, which features what appear to be armoured carriers covered in tarp being moved atop transport vehicles, was actually filmed in Namibia. A South African defence expert believes it shows Botswana Defence Force equipment getting delivered via Namibia.
Read more 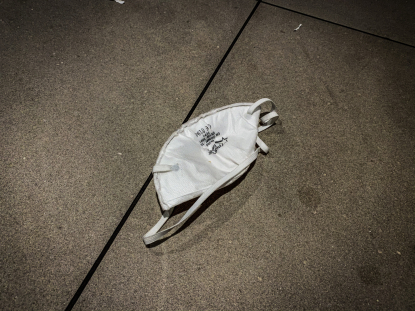 Published on Thursday 28 May 2020 at 15:07
Facebook posts shared hundreds of times in South Africa claim that criminals posing as government officials are going around to people’s homes and distributing face masks that are laced with chemicals to knock them out and rob them. However, local police -- like their counterparts elsewhere in the world -- dismissed the claim as a myth.
Read more 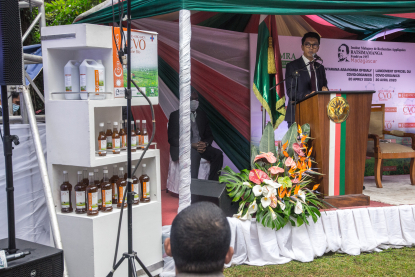 Madagascan president has not called on African states to quit WHO

Published on Monday 25 May 2020 at 11:21
Facebook posts shared hundreds of times claim that Madagascar’s President Andry Rajoelina called on African nations to leave the World Health Organization (WHO). Although the leader has criticised the agency for warning against a herbal remedy he recommends to treat COVID-19, AFP Fact Check found no public record of him making such a statement. The Madagascan presidency has also rejected the claim.
Read more 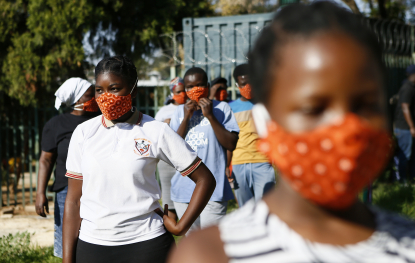 Published on Thursday 21 May 2020 at 12:14Updated on Thursday 21 May 2020 at 12:21
A video shared more than 10,000 times on Facebook features a freediving champion who claims that masks don't offer protection from the novel coronavirus and that the moisture created by breathing into a mask actually offers a fertile environment for the virus. However, experts told AFP that the video makes several misleading assumptions.
Read more