Pennsylvania’s governor did not convert to Islam

Facebook posts shared thousands of times link to an article claiming that Pennsylvania Governor Tom Wolf converted to Islam. This is false; his office says he is Christian, and the photos in the article are from a Muslim religious event he hosted in an official capacity.

“It has become evident through the photographs that Wolf has in fact already converted. According to Islam it is not permissible for a non-Muslim to pray either in the ranks or on his own,” according to the article, which has been shared here and here on Facebook, here on Twitter and here on Reddit. 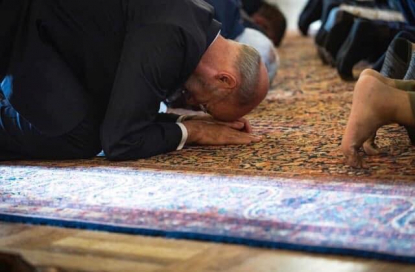 A screenshot taken on February 20, 2020 shows a photo used in an article that falsely claims Pennsylvania's governor converted to Islam

“He needs to come out and explain to the voters in his state as to why he converted,” a user commented on one of the Facebook posts, while others suggested he should be removed from office. 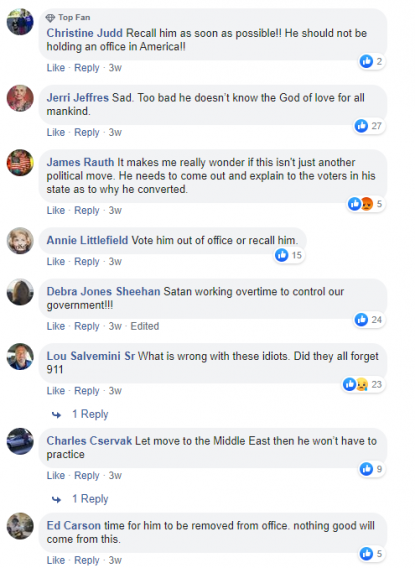 A screenshot taken on February 20, 2020 shows comments on a Facebook post linking to an article that falsely claims Pennsylvania's governor converted to Islam

The article claiming that Wolf converted to Islam shows pictures of him joining Muslims in prayer, but they were shot in August 2019 during Eid al-Adha celebrations at the Pennsylvania governor's residence.

“Governor Wolf is incredibly proud to be the first Pennsylvania governor to host an Eid al-Adha ceremony and honored to be invited to participate in ceremonial prayers, during which these photos were taken,” his press secretary J.J. Abbott told AFP by email.

He “is a person of deep faith and, while a Christian, has great respect for the Muslim community in Pennsylvania and our commonwealth’s founding principle of freedom of conscience,” Abbott added.

Wolf has since 2016 hosted Eid al-Adha dinners at the governor’s residence, where he also holds events celebrating holidays from other religions, such as Passover, Easter, and Diwali.