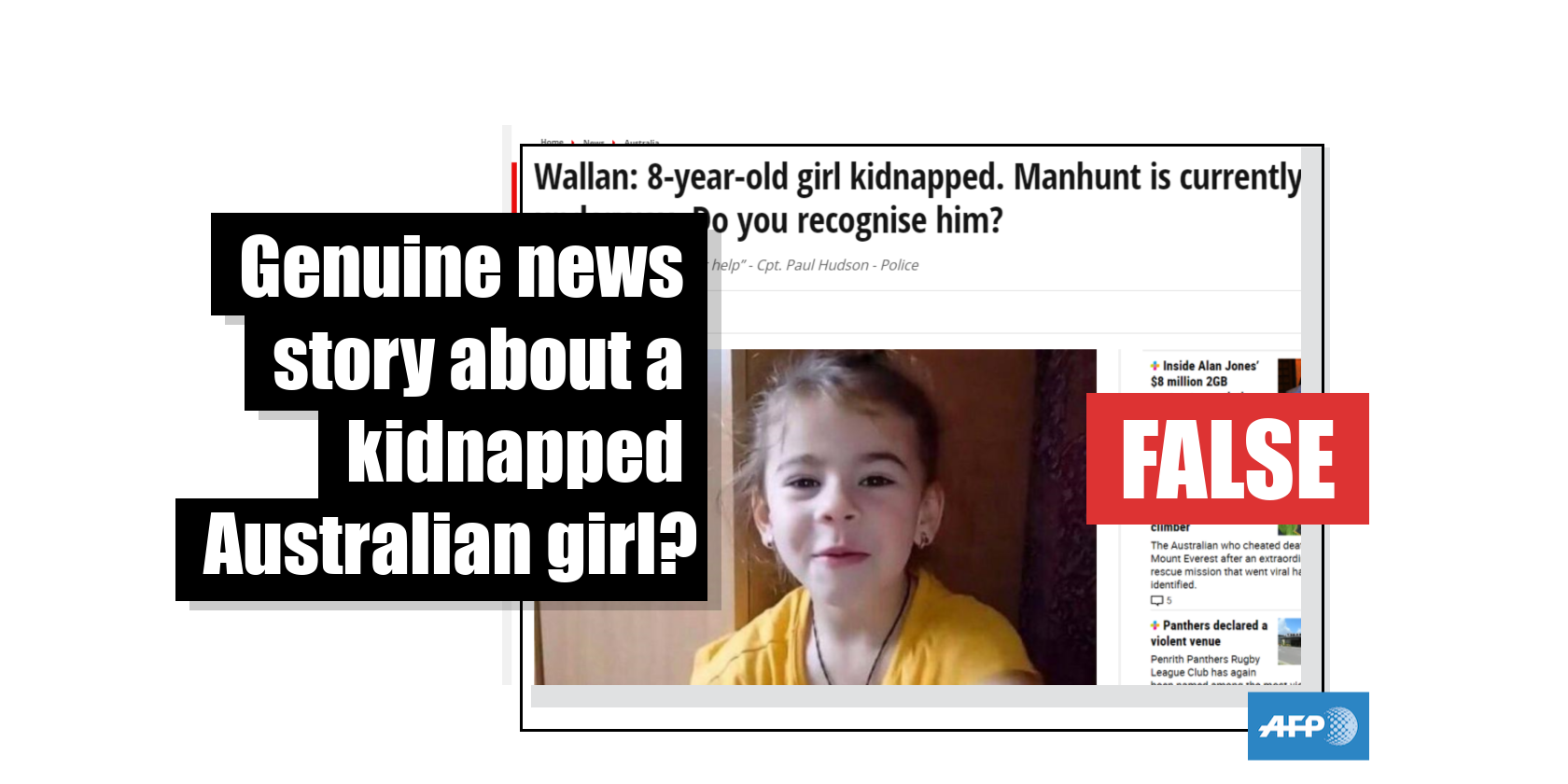 A purported news story about a kidnapped child in the Australian town of Wallan, Victoria has been shared multiple times on Facebook. This is not a genuine news story; the image of the child in the article has circulated since at least 2018 in media reports about a child who went missing in Russia;  the link in the misleading posts takes readers to a page which has the hallmarks of a phishing site. 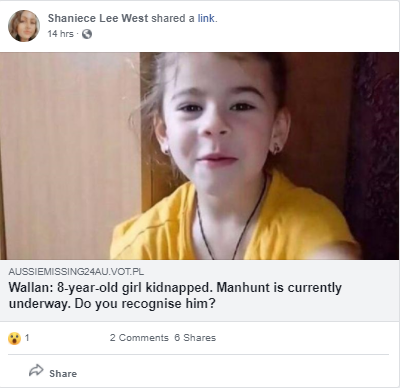 The post shows a link to a news article, headlined “Wallan: 8-year-old girl kidnapped. Manhunt is currently underway. Do you recognise him?”

When clicked on, the link directs users to this news article about a kidnapped girl in the Australian town of Wallan, Victoria, located 45 kilometres north of Melbourne.

CrowdTangle statistics show the link has been shared more than 200 times on Facebook.

Below is a screenshot of the purported news article:

The article reads in part: “Girl was on a walk in downtown with her family - father, mother and brother. Right after this she disappeared. Everything was on cams. Police still don't know who kidnapped Grace. Girl was kidnapped on 21.01.2020 at 10 pm. She was on a walk with her brother and parents, right after this she disappeared without a trace.”

The claim is false; the image of the child used in the purported article has circulated since at least 2018 in reports about a child who went missing in Russia.

A Google reverse image search of the image found this article published by Russian newspaper Komsomolskaya Pravda about five-year-old Veronica Trishkina, who was found dead in Sochi after disappearing from her home in 2018.

The Russian-language article translates to English in part as: “The body of missing Veronika Trishkina was found last night in the woods.

“Her stepfather, Murad Shakhmirzayev admitted to Veronika’s murder. After the girl’s disappearance, he first went into hiding and stopped communicating, but after a few hours he was found in a hostel in the Adler district. Law enforcement submitted him for several hours to a lie detector. And finally he confessed the murder of the child.” 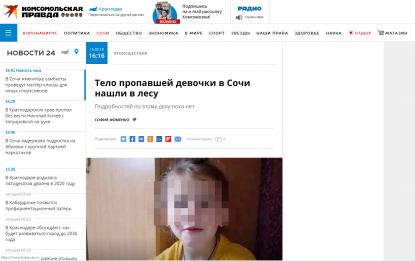 Following Veronica's death, the Investigative Committee of Russia said here in August 2019 that a man was sentenced to 22 years in prison for the murder and sexual assault of a five-year-old child in Sochi.

The link in the misleading Facebook posts direct users to a web page which appears to be a phishing site designed to steal Facebook login details.

The phishing site includes a purported video, but when users click to play it, they are then asked to “confirm their age” by signing into Facebook. They are then directed to a false Facebook login page.

Once users submit their login details, they are redirected to this unrelated May 2019 article by The Guardian, on the kidnapping and rape of a UK backpacker in Australia.

Here are some guidelines on how to avoid phishing sites published by British security company Sophos.