An image shared on Facebook purports to show a man in eastern Zambia who was almost set ablaze by locals accusing him of carrying out recent gas attacks. However, the photo is an old file image, which appears online as early as 2012.

The image shared on Facebook here and here on February 12 shows a man being escorted by uniformed officers. 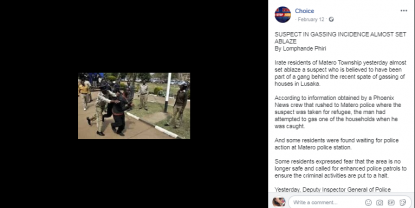 The image appears along with a headline reading: “SUSPECT IN GASSING INCIDENCE ALMOST SET ABLAZE”. The post claims residents of Matero, a township in Lusaka, almost burnt a man they believed was complicit in the gassing of houses.

AFP reported on Zambia’s recent deployment of soldiers in an attempt to curb a wave of assaults on civilians by gangs using a chemical gas to incapacitate their victims before they attack.

A police statement released on February 16 confirmed several incidents of mob justice in Matero, as well as a rise in murders by lynching or burning in Lusaka.

A reverse image search shows the picture in the misleading post has been published as part of other stories in the past. 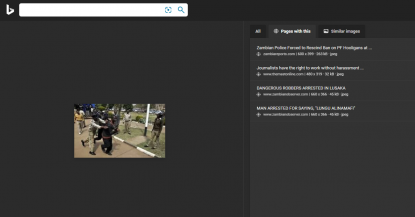 A screenshot taken on February 21, 2020 of the reverse image search results

One of them is an article dated September 28, 2012, about Zambian police rescinding a decision to ban party regalia at the funeral of former first lady Betty Kaunda. 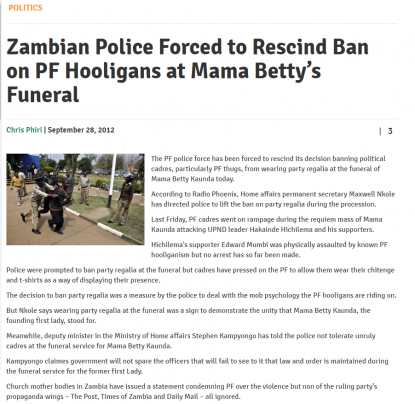