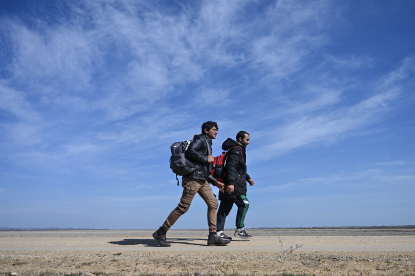 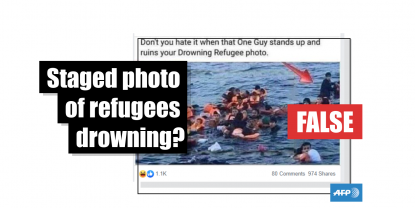 Published on Tuesday 10 March 2020 at 16:52
Claims that a viral photo of refugees drowning in the Mediterranean was staged spread across social media in French in 2018. The same assertion returned in March 2020 in English, mostly via Canadian Facebook groups amid increased unrest at the Greece-Turkey border. The claim is false; the photo is real, and was taken after a ship sank off the Turkish coast in 2015, as a video from Turkey’s coast guards shows.
Read more

Published on Tuesday 17 December 2019 at 12:41
Social media posts shared hundreds of thousands of times purport to show "migrants" being beaten after they tried to disrupt a Christmas parade on Italy's border with Austria. However, the organisers of the parade and the town's mayor say the people in the video were not immigrants. What you can see in the video is typical during "Krampuslauf" festive parades, during which people dressed as devils chase locals through the streets.
Read more 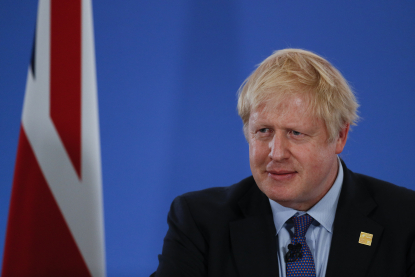 Published on Friday 6 December 2019 at 18:27
Tweets shared hundreds of times accuse British Prime Minister Boris Johnson of racism for allegedly claiming he wanted to control the number of “people of colour” coming to the UK. However, the British leader actually uttered the words “people of talent”.
Read more 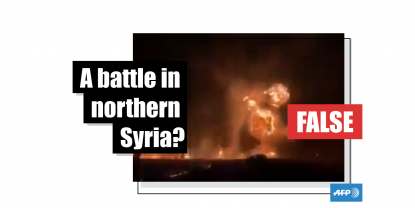 Published on Friday 11 October 2019 at 21:42
A video viewed 17,000 times claims to show Kurdish fighters shooting and destroying Turkish tanks in the northern Syrian city of Afrin. However, the images actually show a spectacular gun show that takes place biannually in the US state of Kentucky.
Read more