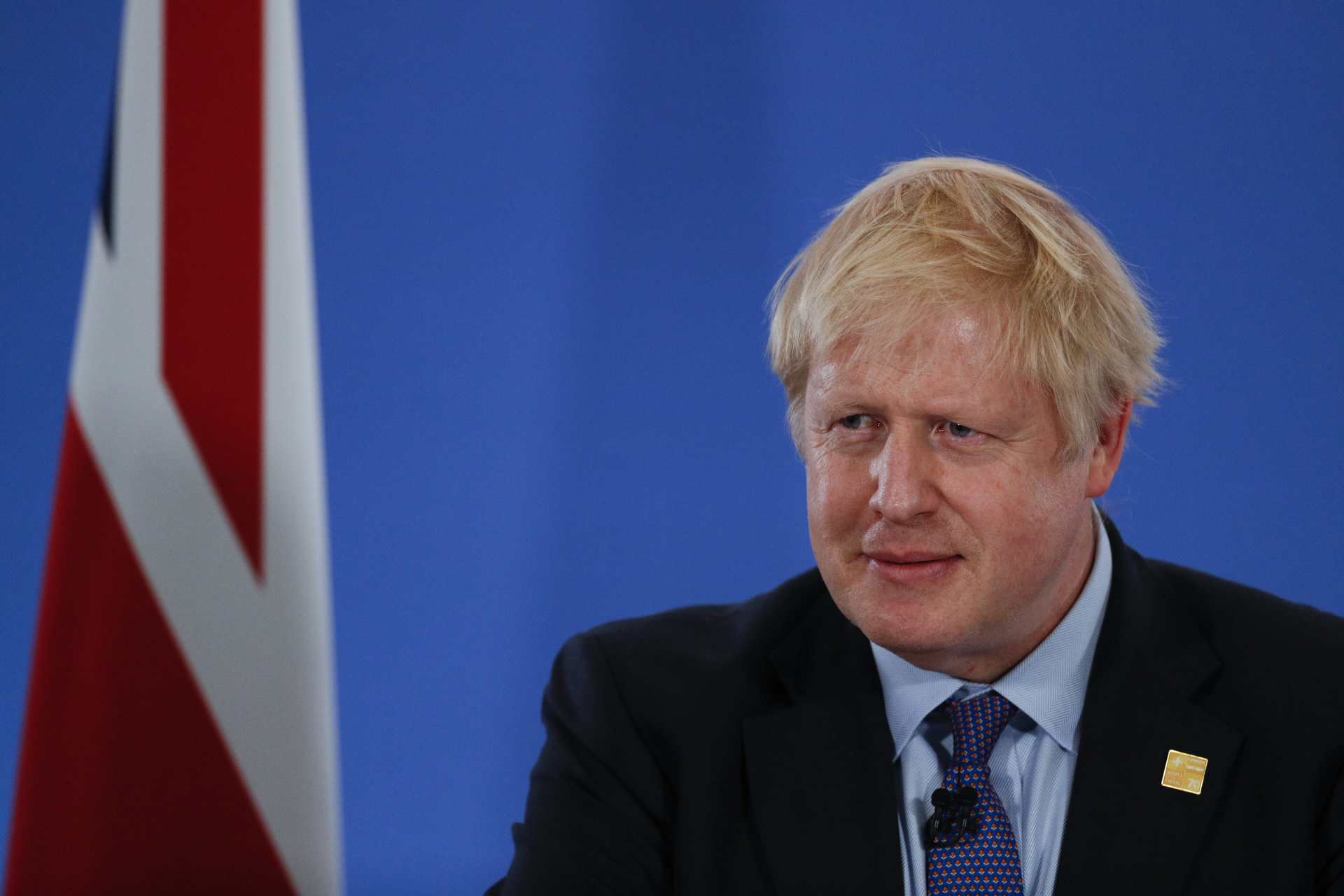 Tweets shared hundreds of times accuse British Prime Minister Boris Johnson of racism for allegedly claiming he wanted to control the number of “people of colour” coming to the UK. However, the British leader actually uttered the words “people of talent”.

Multiple tweets, including some we’ve archived here, here and here, were shared hundreds of times in the United Kingdom on December 6, 2019.

“Vile,” says one tweet, which has since been deleted. “Make no mistake, this man is a racist”. 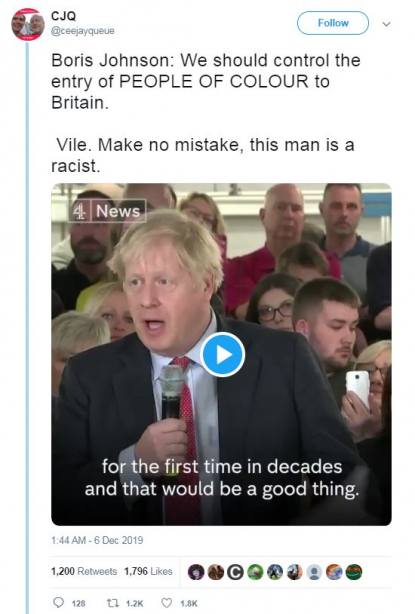 A screenshot of a tweet reacting to the speech, taken on December 6, 2019

Many of the tweets link to a video published by British broadcaster Channel 4 on December 6, 2019. The footage shows Boris Johnson -- who is fighting for re-election in the UK’s upcoming vote on December 12, 2019 -- talking to a crowd in Derbyshire, England.

According to Channel 4’s subtitles, Johnson says, “I’m in favour of having people of colour come to this country, but I think we should have it democratically controlled”.

The apparent remarks caused outrage on Twitter, with the terms “people of colour” and “talent” trending in the UK on December 6, 2019.

However, the broadcaster later removed the video and admitted making a “mistake” in this tweet.

Our earlier tweet was a mistake. We misheard and we apologise.

International fact-checking project CrossCheckUK spotted a better quality version of the video which makes it easier to hear what the prime minister is saying.

In the footage, Johnson clearly says “people of talent” and not “people of colour”.

Outrageous smear by @Channel4News subtitling a video suggesting Boris said “people of colour”. They have now deleted their video and apologised

Listen. This is what Boris *actually* said ? pic.twitter.com/jCd7FSY7rW

Johnson’s Conservative party has been hit by allegations of racism and Islamophobia in recent weeks.

According to the British newspaper, comments included calling for mosques to be banned and referring to famine in Africa as “nature’s way of depopulation”.