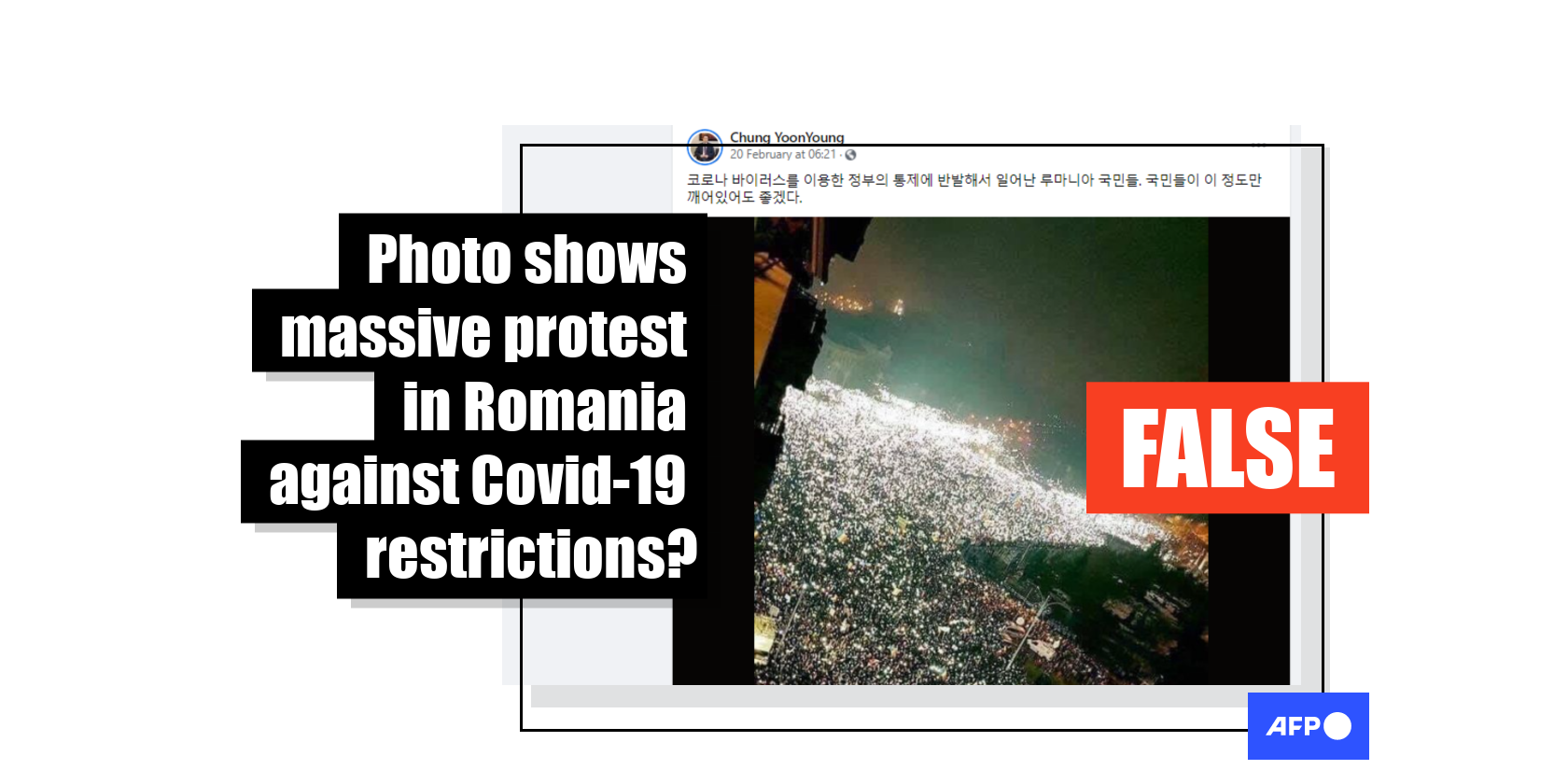 This photo shows an anti-government protest in Bucharest in 2017, not 2021

An image has been shared repeatedly in multiple posts on Facebook alongside a claim it shows protesters in Romania rallying against Covid-19 restrictions. The claim is false: the photo shows an anti-government protest in the Romanian capital Bucharest in 2017. 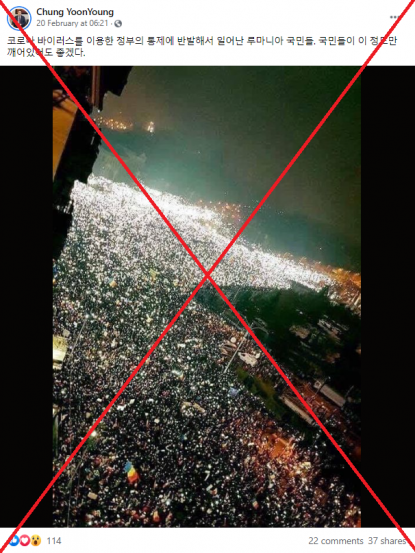 “Romanians are protesting against their government that imposed restrictions citing coronavirus. I wish people [South Koreans] were wise like this,” reads the Korean-language caption.

The accompanying photo shows a huge crowd gathered on a street.

An identical photo was shared on Facebook here and here alongside a similar claim.

The claim is false: the image shows an anti-government protest in Bucharest three years before the coronavirus pandemic.

A reverse image search on Google found the photo was published here on Twitter by geopolitical analyst Koert Debeuf on February 5, 2017. 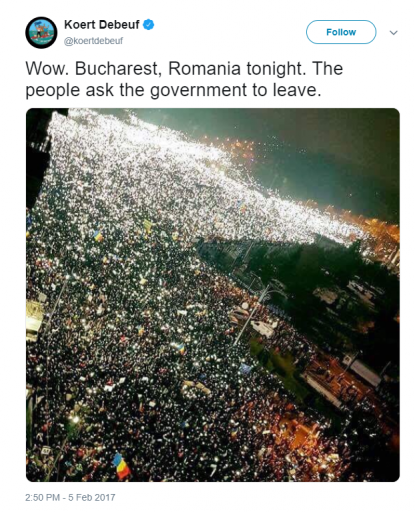 A similar photo taken on February 5, 2017 by AFP journalist Andrei Pungovschi shows huge numbers of protesters in the same square in Bucharest. 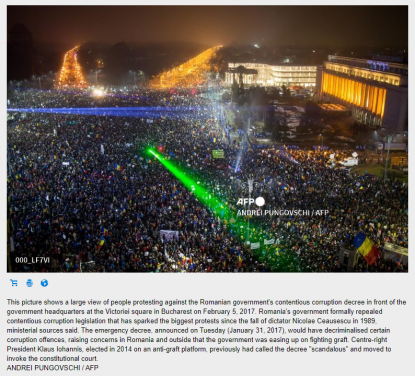 The AFP photo caption reads in part: “This picture shows a large view of people protesting against the Romanian government's contentious corruption decree in front of the government headquarters at the Victoriei square in Bucharest on February 5, 2017.”

The protests saw hundreds of thousands of Romanians demonstrating to protest against an emergency decree that would have decriminalised certain corruption offences. The decree was subsequently scrapped, AFP reported on February 5, 2017.