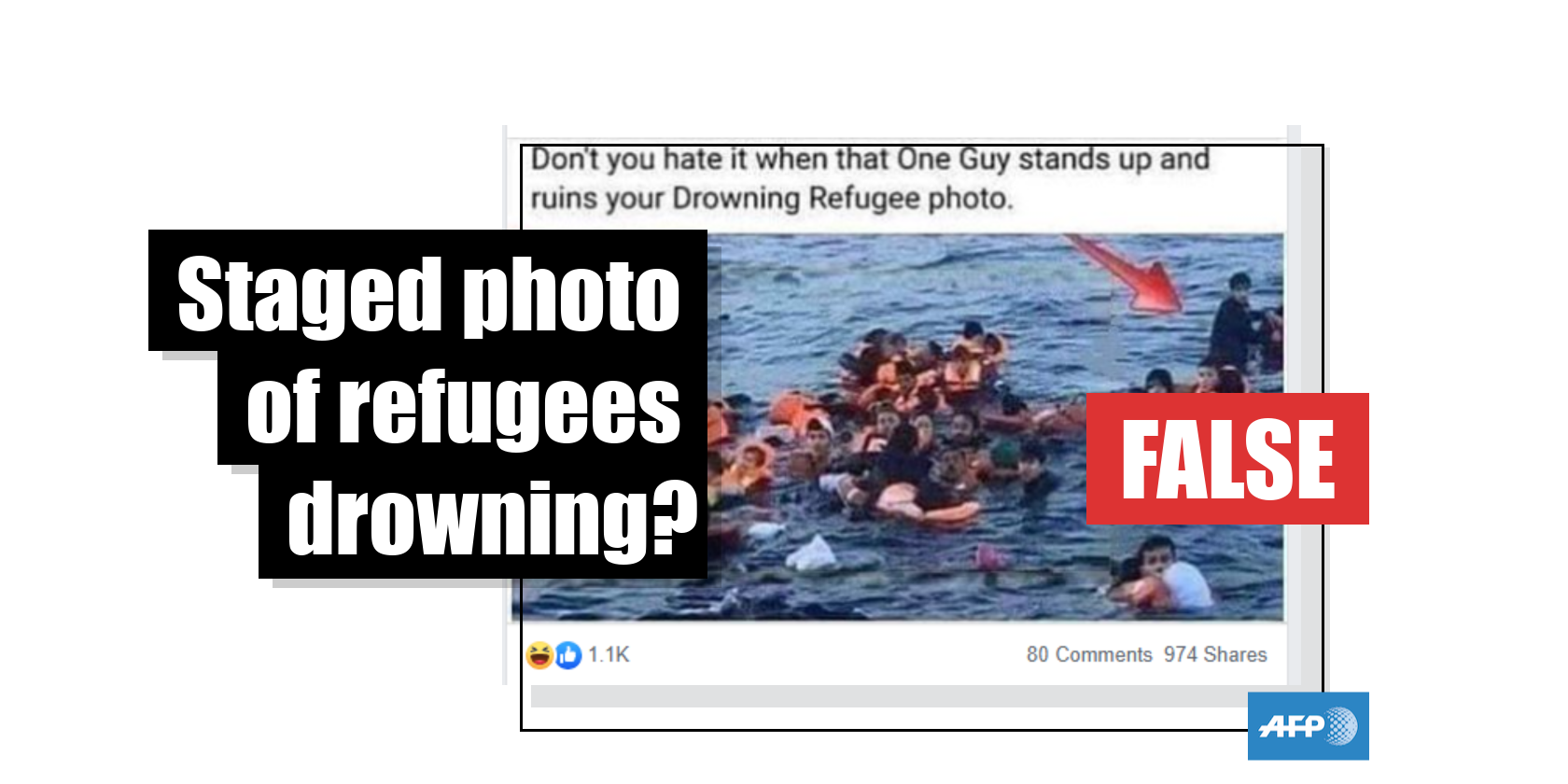 Claims that a viral photo of refugees drowning in the Mediterranean was staged spread across social media in French in 2018. The same assertion returned in March 2020 in English, mostly via Canadian Facebook groups amid increased unrest at the Greece-Turkey border. The claim is false; the photo is real, and was taken after a ship sank off the Turkish coast in 2015, as a video from Turkey’s coast guards shows.

“Don’t you hate it when that One Guy stands up and ruins your Drowning Refugee photo.” This caption was written above a photo of dozens of people floating in water, nearly all of them wearing life vests. In the background of the photo, a red arrow points to a black-clad man without a life jacket whose entire torso is lifted out of the water, giving the impression that the water is in fact shallow enough for the man to stand in it. 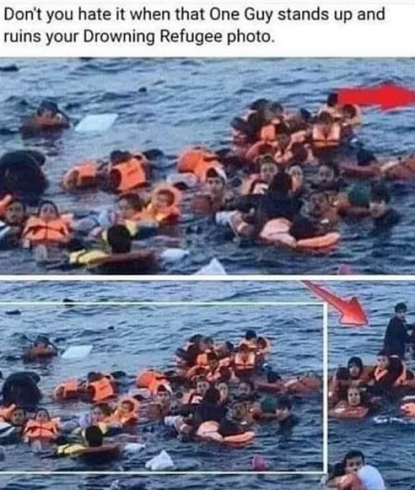 A reverse image search leads to the original photo, in a Turkish news article recounting how a ship full of refugees sank on December 16, 2015 in the Aegean sea between Bodrum, Turkey, and the Greek island of Kos, less than five kilometers from the nearest Turkish coast. 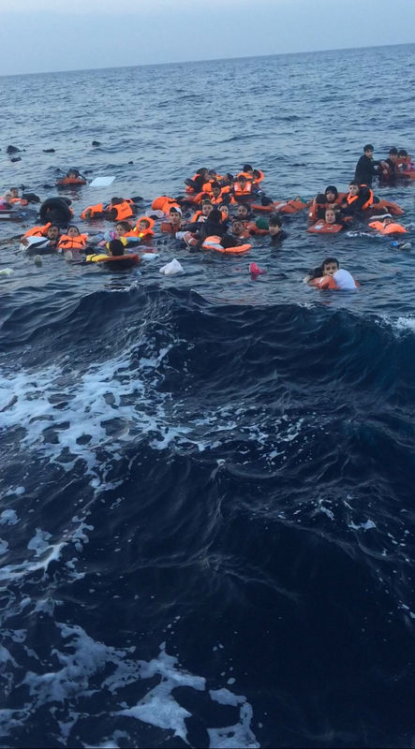 Photo taken on December 16, 2015 during a shipwreck in the Aegean sea (DR)

A video of the refugees’ rescue shot by Turkish coast guards from a different angle confirms the photo’s authenticity. 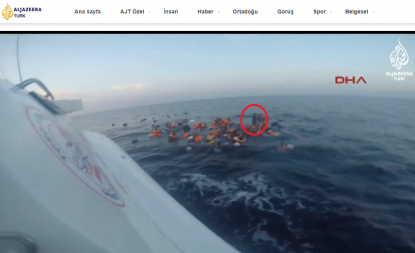 AFP showed the video to Bernard Barron, president of the sea rescue station (SNSM) in Calais, France, who admitted he had thought the photo “could be hoax” when he first encountered it.

“But when I watch the video, we can see debris floating in the water on the right side of the image (see screenshot below). If this debris is what I think, a board, it’s possible that the man in black is riding it,” Barron told AFP. 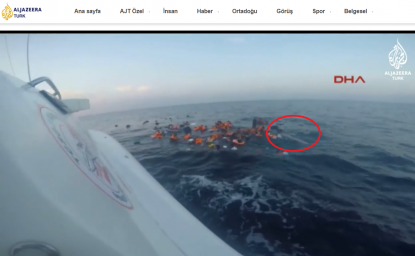 “If it’s a fishing ship floating on its side, it’s also possible, depending on the depth of water, that the man in black is holding himself upright on the hull,” Barron said, adding that fishing ships such as those used to smuggle migrants across the Aegean sea can take up to several hours to fully sink.

According to a December 16, 2015 press release, Turkish coast guards were warned at 6:59am about a group of migrants 3.9 nautical miles (7.2 kilometers) southeast of the Turkish island of Karaada, just across from Kos. The press release does not specify whether or not the skiff was experiencing trouble.

According to this document, the coast guard arrived at 7:56am and rescued around 60 people. Four bodies were found.

Screenshot of the December 16, 2015 news release about the rescue from the Turkish coast guards (DR)

“The boat apparently did not sink suddenly, because the people on it had time to put on their life vests,” Barron said, adding that the vests visible in the photo take time to put on, particularly for children.

According to Barron, the sinking must have occurred shortly before the photo was taken, because the migrants are close together, and currents tend to disperse people very quickly, even in a calm sea.

AFP Factuel first debunked this claim in the summer of 2018, after several French posts pointed to the man at the back of the photo as alleged proof that news companies stage dramatic content to create empathy and pity towards refugees. The claim also circulated in English on Facebook and Instagram in 2019.

In March 2020, many Canadian Facebook groups and pro-President Trump groups began to share the photo again using screenshots of a February 2017 tweet. This came as Turkey and the EU met for tense talks over the terms of a deal to keep migrants away from Europe's borders.

One Facebook user from northern British Columbia particularly pushed the narrative, posting it in multiple Facebook groups over 24 hours. 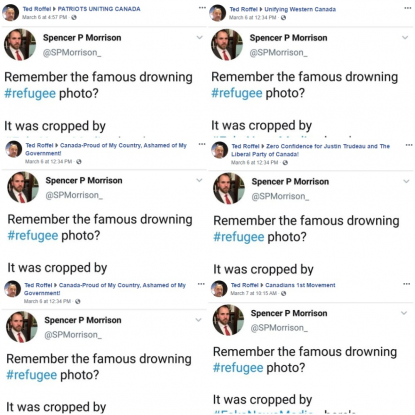 In late February 2020, Turkey, which the International Migration Organization says hosts one of the largest migrant and refugee populations in the world, said it would no longer prevent migrants from going to Europe.