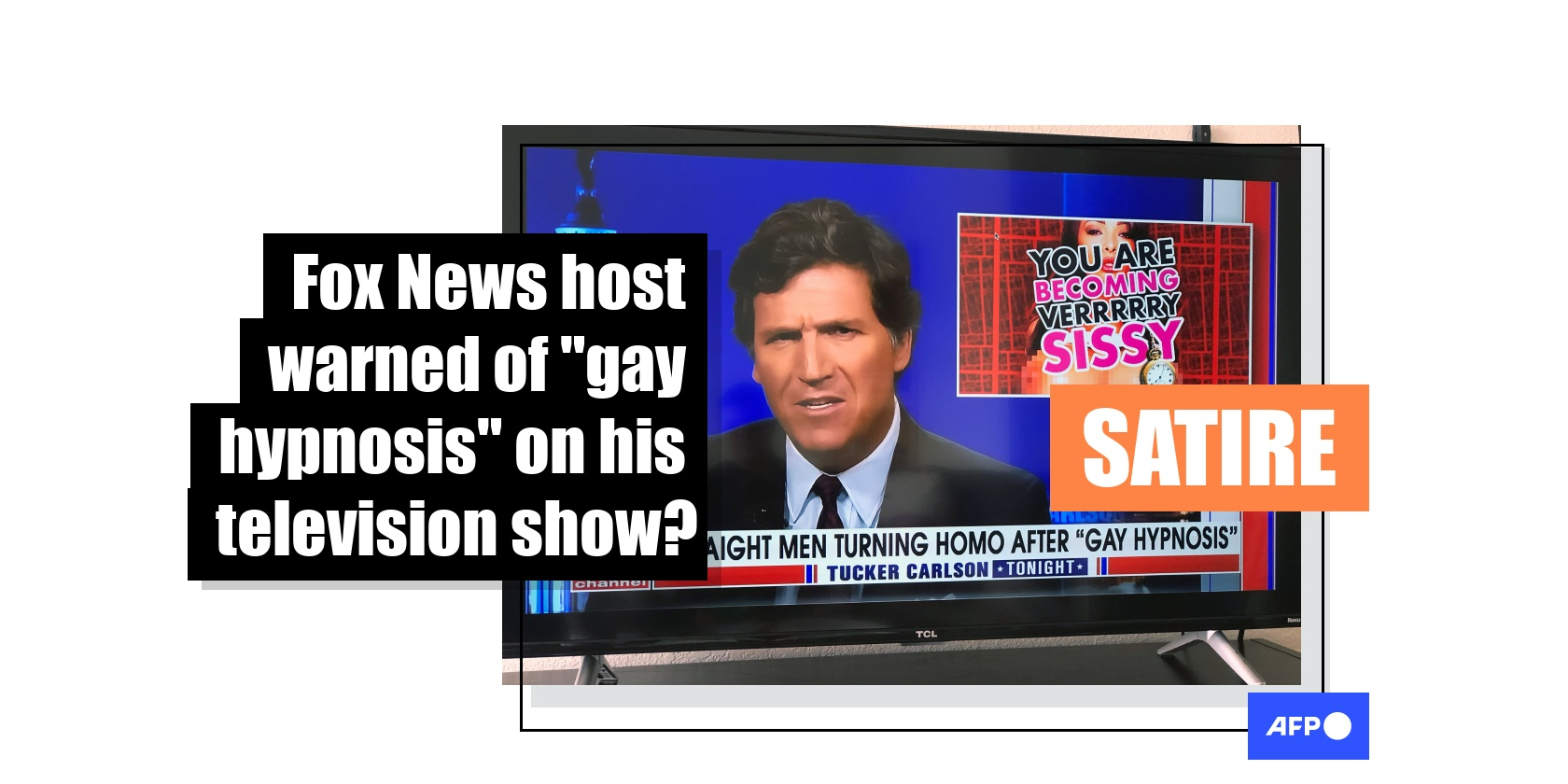 A widely shared image purports to show a banner warning about "gay hypnosis" on screen during Fox News host Tucker Carlson's primetime television show. But the photo is doctored; the US cable news channel told AFP the chyron is fake, and the Twitter account that created the image said the post was intended as satire.

"Straight men turning homo after 'gay hypnosis,'" says the text in the lower third in a photo of what appears to be a broadcast of "Tucker Carlson Tonight," one of the most-watched cable news programs in the US.

The image was first shared August 20, 2022 on Twitter with a caption that says: "What the hell is going on." 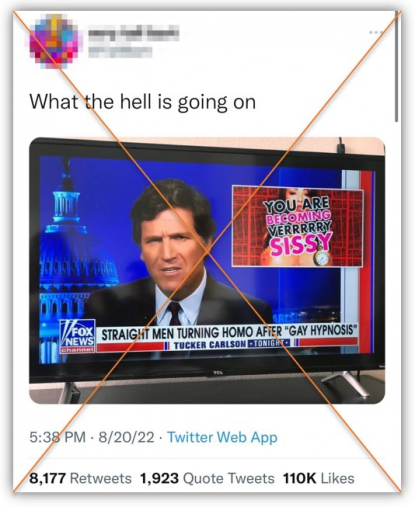 The image spread across Facebook and Instagram and garnered nearly 40,000 total interactions, according to CrowdTangle, a social media insights tool. The post also circulated on internet forums such as Reddit and the photo-sharing platform Imgur.

But the photo has been doctored. A Fox News spokesperson said the supposed chyron mentioning "gay hypnosis" is fake, and the Twitter user who first posted it confirmed the picture was manipulated.

"I did create the image, and it was meant as satire," the user told AFP in a Twitter direct message.

Using reverse image searches and the Internet Archive, AFP identified what appears to be the "Tucker Carlson Tonight" segment that was used to create the doctored photo. 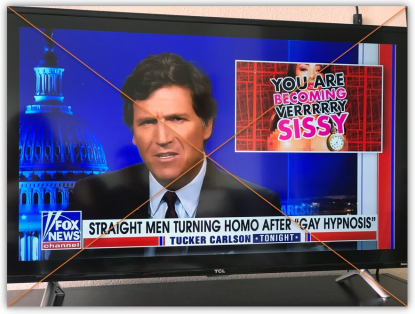 Screenshot of an image taken from Twitter on August 25, 2022 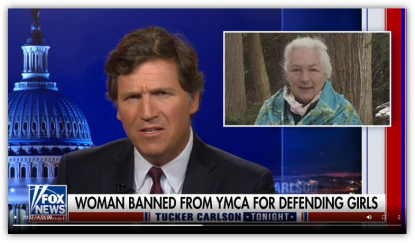 A screenshot of the August 19, 2022 episode of Fox News' "Tucker Carlson Tonight" taken via the Internet Archive on August 25, 2022

During an August 19, 2022 broadcast, Carlson introduced an interview with a Washington state woman who was banned from a YMCA pool. Local TV station KOMO-TV reported the woman violated the facility's code of conduct and objected to the presence of a transgender person in the locker room.

The Twitter user who created the doctored image of the broadcast confirmed the original, unedited chyron said: "Woman banned from YMCA for defending girls."

AFP could find no evidence that Carlson has previously mentioned "gay hypnosis" on his show.