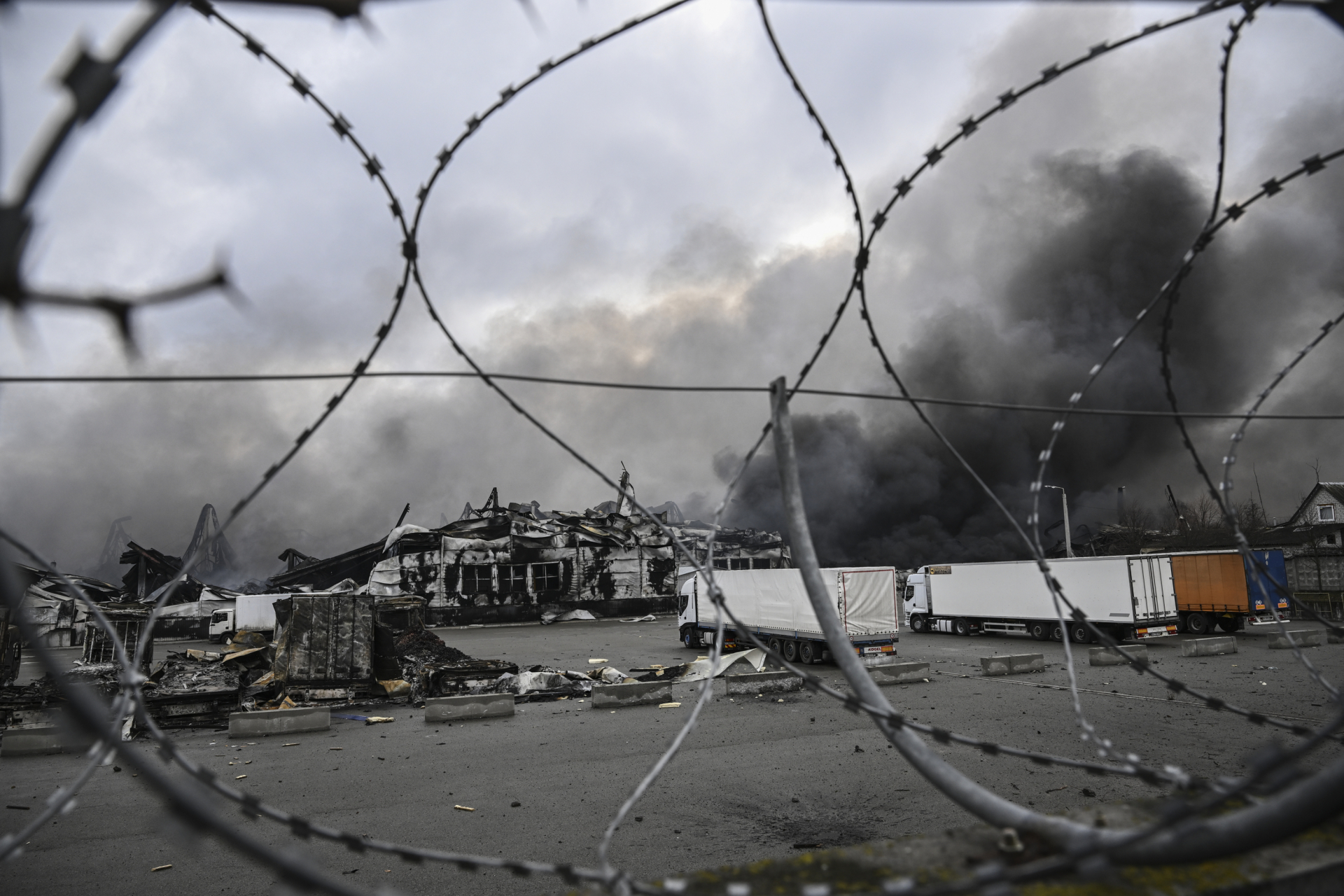 Smoke rises from a bombed warehouse in the town of Stoyanka, west of Kyiv, on March 4, 2022 ( AFP / Aris Messinis)

Social media posts claim US broadcaster CNN misrepresented an image of a 2015 explosion as being from the 2022 war in Ukraine. But the image shows an explosion in Kyiv and was released by the office of Ukrainian President Volodymyr Zelensky on February 24, 2022, and the channel said the alleged screenshot of a CNN report featured in the posts is fake.

"Hey look this happened in 2015 not 2022 what else are the media lying about?" asks a March 4, 2022 Facebook post that includes what appears to be a still image of a CNN broadcast about Ukraine next to two images of an explosion said to have taken place seven years prior. The chyron on the image with the network's logo says: "FIREY BUT MOSTLY PEACEFUL EXPLOSION IN THE UKRAINE."

Other Facebook posts, including here, here and here, shared the same three images and the text: "The exact same explosion, 7 years apart..." 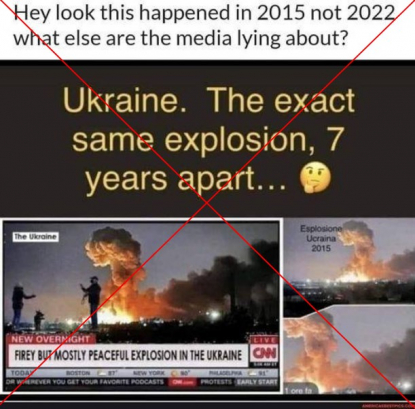 The same collage of images was posted on a website hosting memes. The posts offered no additional information about what was purported to have been a 2015 Ukraine explosion.

The posts follow a pattern of social media content accusing CNN and other broadcasters of misleading the public about the ongoing crisis in Ukraine, following Russia's February 24 invasion, part of a flurry of misinformation about the conflict.

But CNN publicist Lauren Bobek told AFP the image of the broadcast is "doctored" and "not real."

"Fiery but mostly peaceful protests" is a direct reference to a CNN chyron that aired on August 25, 2020 during a live conversation with correspondent Omar Jimenez who was covering violence in Kenosha, Wisconsin, following a shooting by a white policeman of a Black man, Jacob Blake, during an arrest, that left him paralyzed.

CNN did share the photo of the explosion in an online gallery about the war. 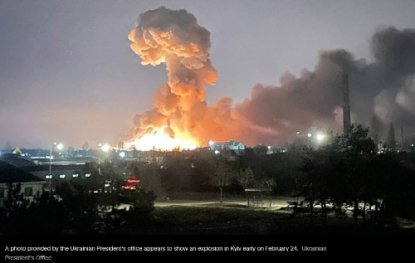 A screenshot taken on March 4, 2022 from a CNN photo gallery of the war in Ukraine

The images on the right side of the collage in the Facebook posts are two close-ups of the photo of the February 24 explosion near Kyiv.

Reverse image searches do not find these images prior to 2022.

AFP also found, through a search on Google Lens, that silhouettes had been added to the image. The figures pictured are President Joe Biden and First Lady Jill Biden, taken from an AP photo published on December 28, 2021.

The silhouette in the middle is their dog, Commander, also present in the original AP image. 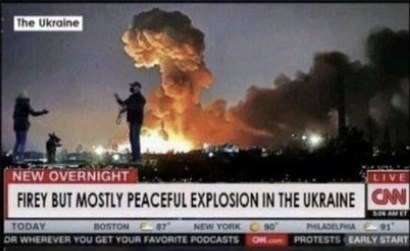 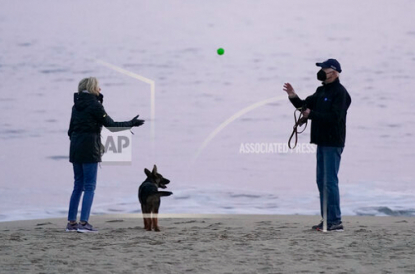 A screenshot taken on March 4, 2022 of an AP photo by Patrick Semansky showing First lady Jill Biden and President Joe Biden with their dog at the beach in Delaware on December 28, 2021