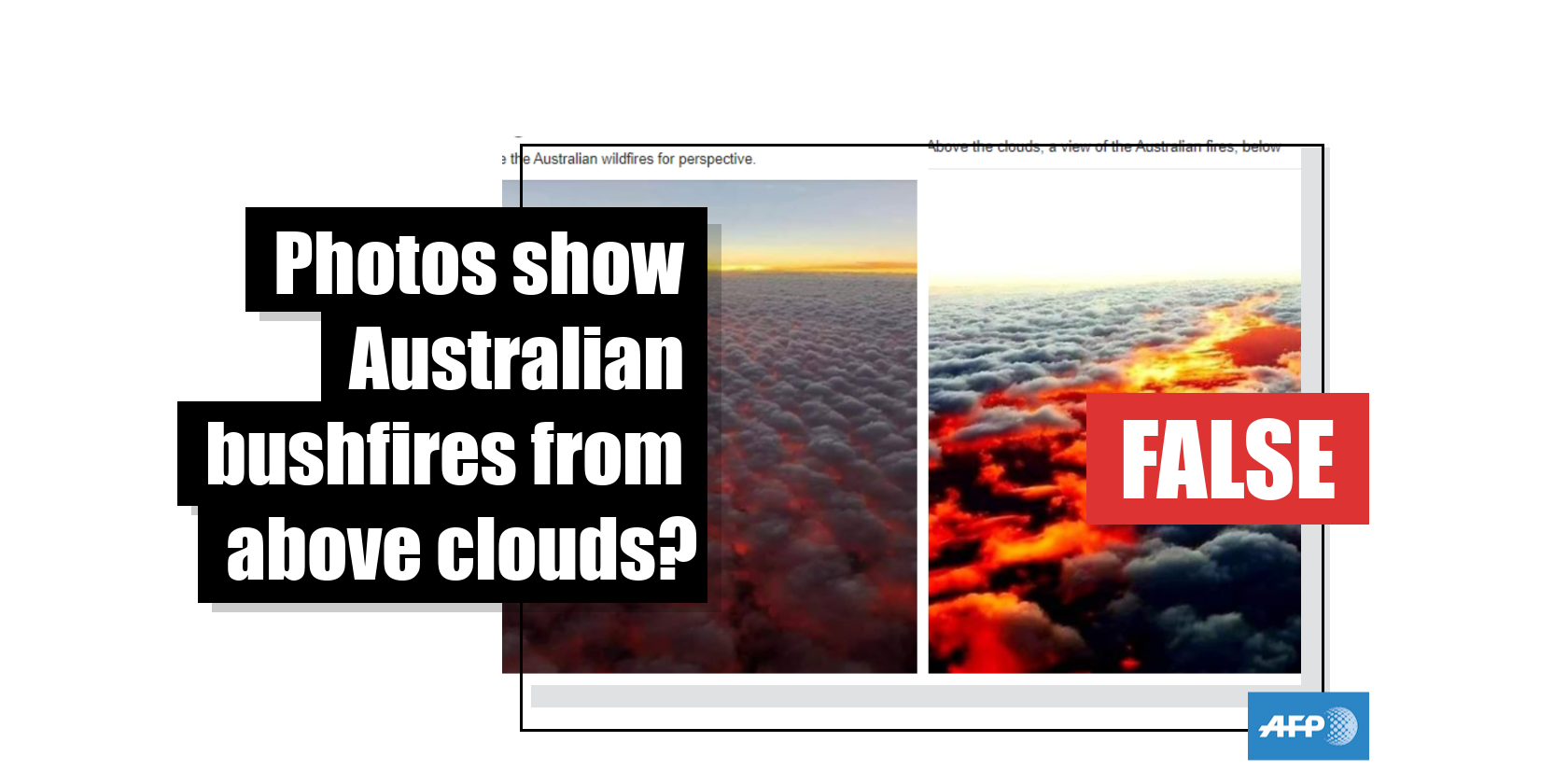 Two photos have been shared hundreds of times in multiple Facebook and Twitter posts that claim they show clouds tinted red by the deadly bushfires that have raged in Australia since September 2019. The claim is false; the photographer who took the first image posted it on his Instagram page in July 2018 and told AFP it shows an aerial view of a sunset in Hawaii; the second image has circulated since at least 2016 in reports about a sunset over Australia.

The first photo, which shows a blanket of clouds glowing red, has been shared more than 1,300 times after being published in this Facebook post on January 5, 2020.

The post’s caption states: “Clouds above the Australian wildfires for perspective.” 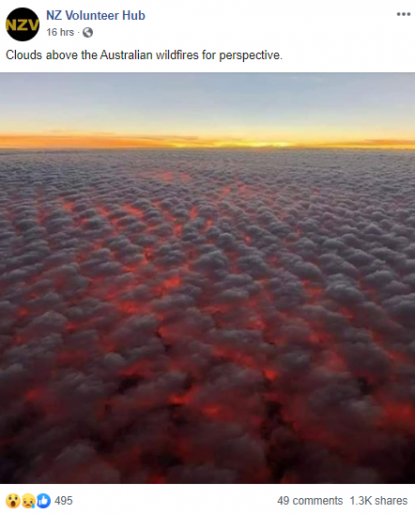 The second photo was published in this Facebook post on January 6, 2020, alongside the caption: “Above the clouds, a view of the Australian fires, below”. 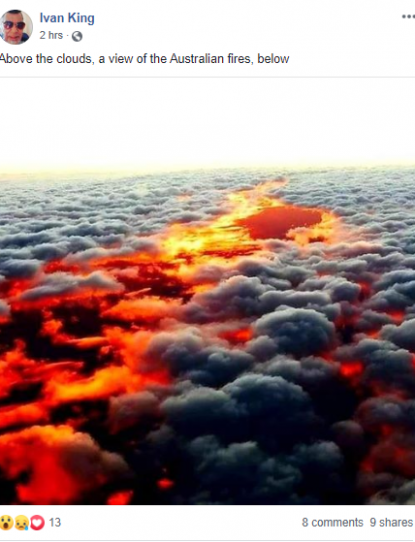 Both photos were shared as deadly wildfires continued to rage in Australia, killing at least 24 people, destroying more than 1,500 homes and burning almost eight million hectares of land since September 2019, as reported by AFP here on January 6.

The second photo was published here and here on Twitter, in a collage purporting to show the Australian bushfires in January 2020.

The claims are false; both images have circulated online since at least 2016 and 2018, more than one year before the 2019-2020 bushfires broke out in Australia.

A reverse image search on Google of the first photo found this July 2018 Instagram post geotagged to Honolulu, Hawaii, by user @nprovince101.

The post included a video showing the same scene and three other photos of the sun and clouds taken from a similar angle.

AFP previously interviewed the Instagram user, Nathan Province, in this fact-check report about a false claim that the photo shows an aerial view of clouds gathered above California during the 2018 forest fires.

Province, a Hawaii resident who took the photo, told AFP: “This was taken over the big island of Hawaii... on July 22. (This is a) sunset picture at 30,000-feet altitude at about 7:30-8 pm-ish (from a plane) flying westbound for the island of Oahu.”

Province was also interviewed by the Associated Press in this November 2018 fact-check report on the same misleading claim about the 2018 Californian wildfire.

A reverse image search on Yandex found the second image published in July 2016 on a WordPress site called “bestphotosweb” with the title “36,000 feet, somewhere over Australia.” 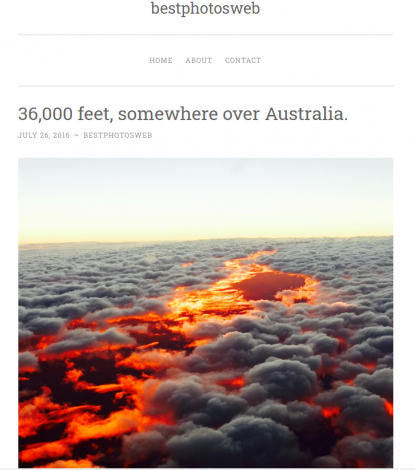 The photo was also shared in this January 2017 article, this May 2018 report and this July 2019 tweet, all claiming to show a sunset from over the clouds above Australia.

The photo was shared alongside a similar misleading claim here, here and here, which stated it shows wildfires in Brazil’s Amazon rainforest in 2019.  Multiple old photos were wrongly described as showing the fires that had burned more than a million hectares of land in the Amazon in 2019, as debunked by AFP here.

Misinformation about the Australian bushfires crisis has circulated online as the deadly blazes continue to devastate the country’s southeastern region in January 2020, as reported by AFP Fact Check here, here and here.