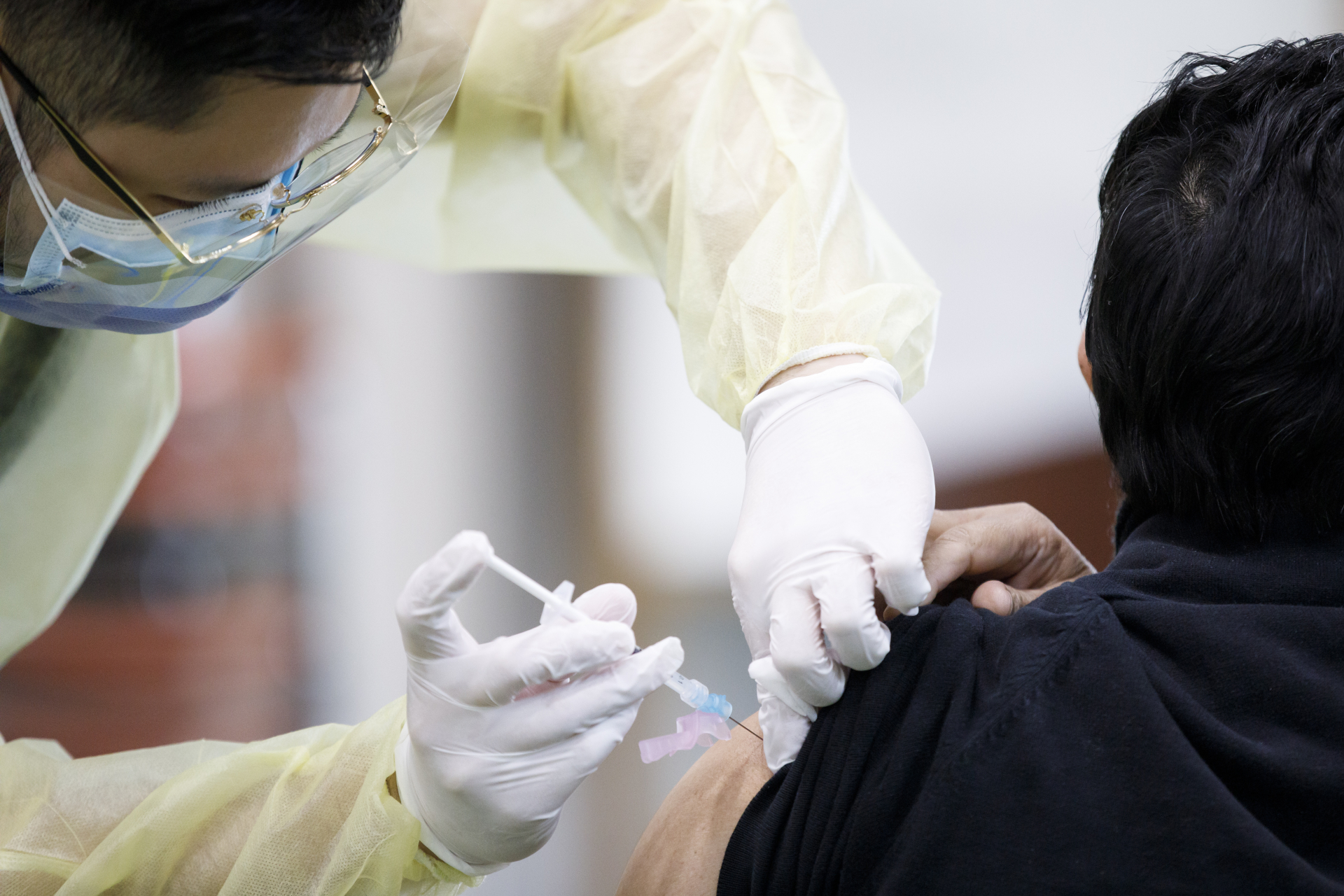 Social media posts claim that a Covid-19 clinic in Toronto lured children to accept a vaccination without parental consent by offering ice cream while police ensured guardians remained outside. But the video used as evidence shows anti-vaccination protesters confronting officers at the clinic, and the event organizer said that despite a local law allowing youths to agree to vaccination, parents were present throughout.

“A pop up vaccine clinic in Canada that is offering kids ice cream in exchange for a vaccine, no parental permission required. Police are guarding the front to stop parents from intervening,” reads a May 25, 2021 tweet.

The video shared with the tweet shows a small group of protesters shouting at police in front of Nathan Phillips Square in Toronto, criticizing them for letting children be vaccinated.

However, the protesters who speak in the footage do not claim to be the parents of children being vaccinated. Near identical text about the pop-up clinic has been viewed and shared thousands of times across Twitter and Instagram. 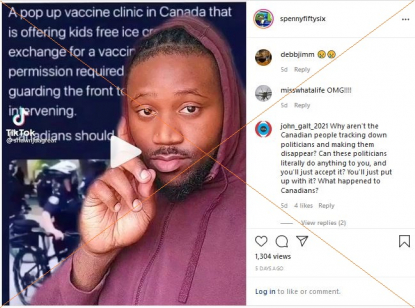 In early May, Canada authorized the use of the Pfizer-BioNTech vaccine for children aged 12 and older. As of early June, almost 57 percent of the Canadian population had received at least one shot of a Covid-19 vaccine.

The City of Toronto announced that it would open a pop-up clinic on May 23 to “improve access to those most in need of vaccine,” especially people from at-risk neighborhoods. This event was open to people aged 12 and older.

As soon as the event was announced, anti-vaccination groups started to plan a protest against it on social media, as seen in this image shared on Twitter. Screenshot taken from Twitter.com on June 9, 2021

Gillian Howard, a spokeswoman for University Health Network, who partnered with the city of Toronto to organize the pop-up clinic, told AFP that they were aware of such protests being planned.

The Toronto Police Service told AFP that “police were aware of protesters outside. We attended to monitor, keep the peace and ensure public safety. No arrests were made.”

But claims that parents were prevented from being with children who chose to be vaccinated are “nonsense,” according to Howard.

“Anyone working or attending the clinic that day said that children were accompanied by their parents. It is the responsibility of the clinicians obtaining consent to both ensure that people understand the consent process – and in the case of children, that if the parents consent, there is also agreement from any child over the age of 12,” Howard said.

Asked about why the event offered ice cream, she said: “This clinic – like a lot of clinics being run – had ice cream for those who had been vaccinated and music so that there was something happening while people waited.”

Toronto’s Associate Medical Officer of Health, Dr Vinita Dubey, said in an emailed statement that under Ontario’s Health Care Consent Act, there is no minimum age to provide consent for any medical treatment, including vaccination.

“The healthcare provider administering the vaccine has to deem the youth capable of understanding their decision. This means the young person understands the vaccine, why it is being recommended, and the risks and benefits if they accept or refuse to be vaccinated,” Dubey said.

This is not the first time that vaccination clinics have been targeted by disinformation campaigns on social media. In April 2021, AFP Fact Check examined a false claim that medical authorities were going door-to-door to force people to get Covid-19 vaccines in Ontario.