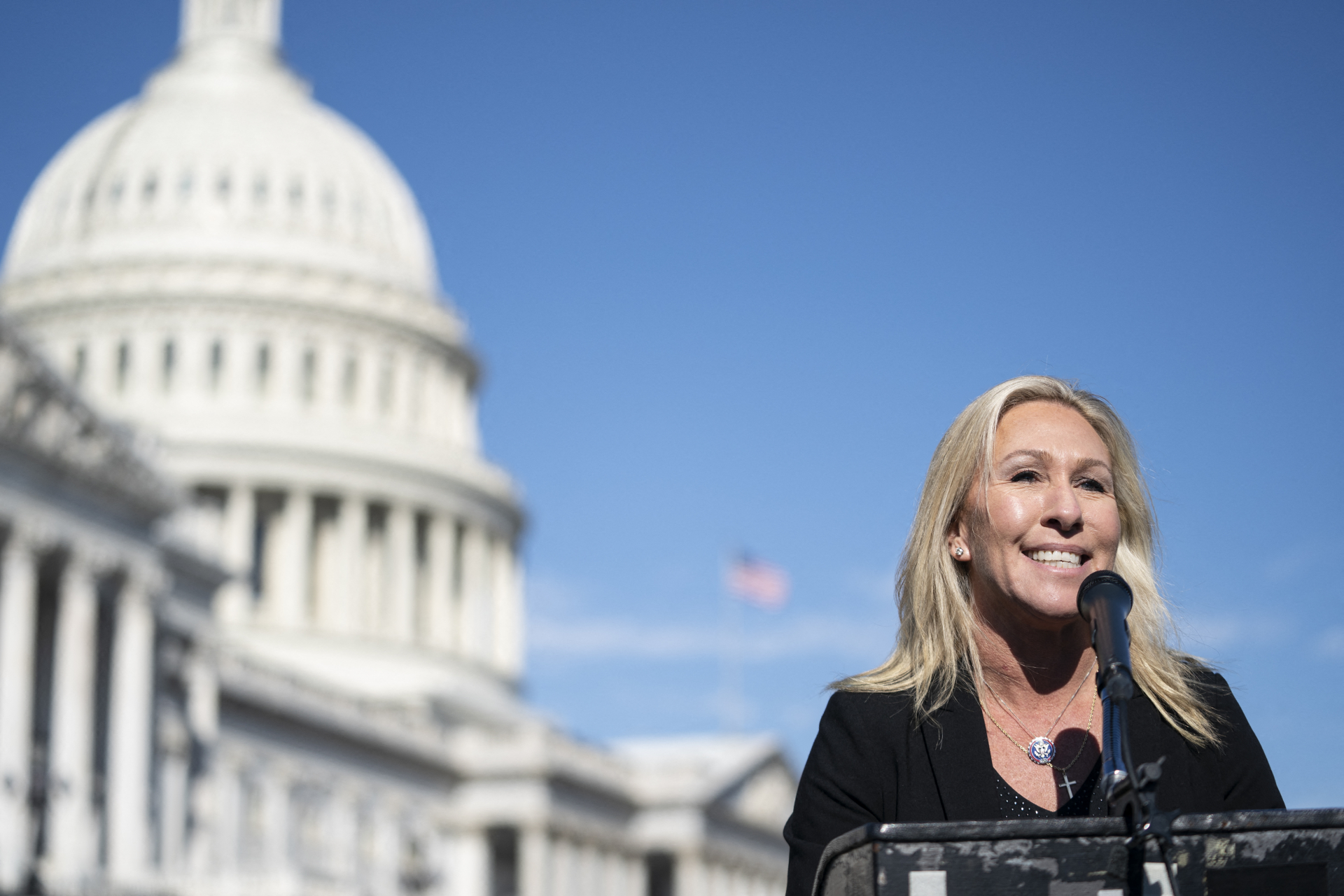 Facebook posts claim that US Congresswoman Marjorie Taylor Greene said: “People are dying who have never died before.” But a spokesman for the Georgia conservative rejected the attribution, and letters from Ernest Hemingway show the phrase can be traced to the famed US author.

This June 4, 2021 Facebook post shared 1,700 times credits Greene with the remarks. Another calls her “the queen of stupid.” 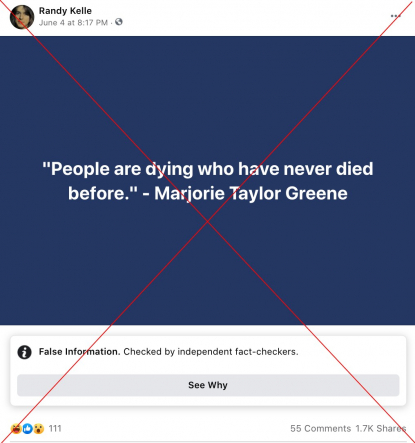 “It’s totally fake,” he said, calling it one of many “lies and smears hurled at her on a daily basis.”

Before it was falsely attributed to Greene, the phrase was already in use -- often in a joking manner.

A Twitter search shows many examples as far back as 2009.

One of the first to use a variation of the phrase, and possibly the one who popularized it, was Hemingway, as this 1930 letter to his friend Henry Strater shows.

In it, Hemingway jokingly mentions guidance from a mutual friend Edward “Bra” Saunders: “He advised us all to be careful as men are dying this year who have never died before.” 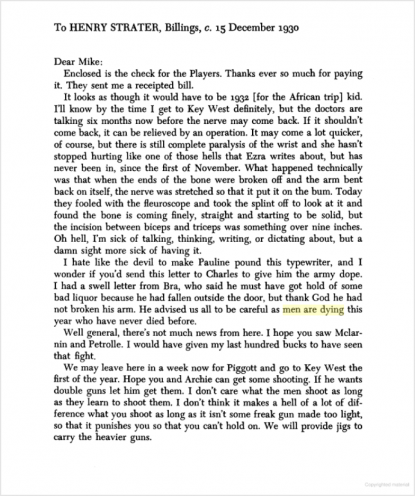 Greene’s freshman term in the US House of Representatives has been dogged by controversy.

In February, the 47-year old Republican was stripped of her two committee assignments for spreading misinformation before she took her post, namely embracing conspiracy theories posited by the extremist QAnon movement and endorsing social media posts advocating assassination of leading Democrats.

She has peddled former president Donald Trump’s baseless claim that the presidential election was stolen from him. She also equated Covid-19 mask mandates with Nazis forcing Jews to wear yellow stars during World War Two.