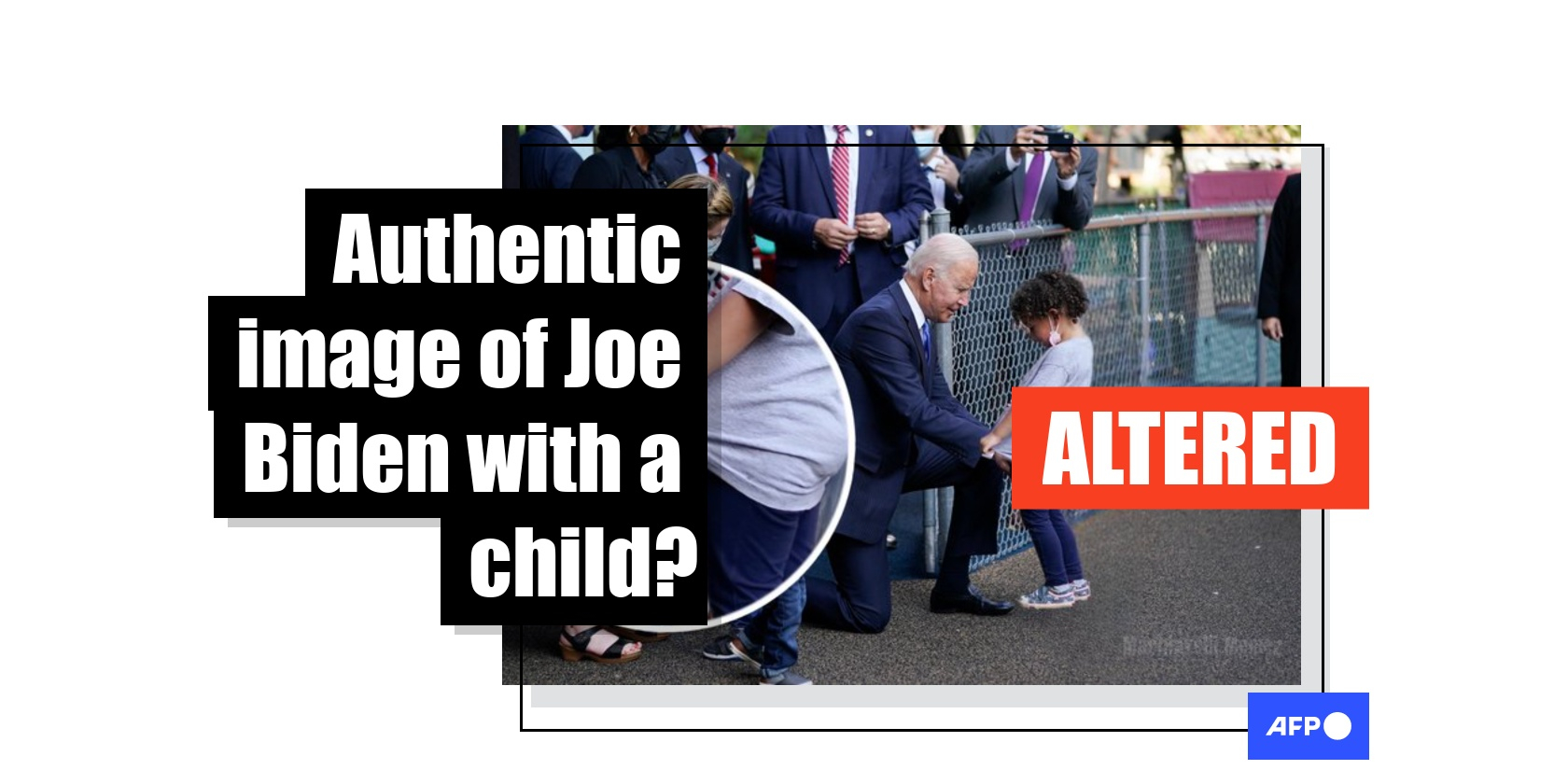 Social media users are sharing an image that purports to show Joe Biden touching a child inappropriately below the waist. But the photo has been digitally manipulated; the original shows the child stretching a T-shirt out to show the US president, who points in return.

"Is this a photo of Biden fondling a small child's genitalia?" said far-right radio host Stew Peters, who has previously spread Covid-19 misinformation, in December 30, 2022 posts, sharing the picture to Twitter, Telegram and Truth Social.

The same image spread across Twitter, Facebook and other social media platforms, using manipulated images as part of a baseless narrative -- fueled by the QAnon conspiracy theory and, in some instances, former president Donald Trump -- suggesting inappropriate conduct by the US president.

But the photo has been altered to change the position of Biden's hands. A White House spokesperson confirmed to AFP that the version circulating online is "not real." 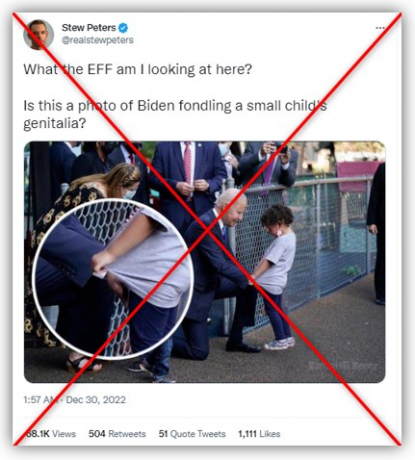 Reverse image searches show an unedited version of the photo in news articles. The original picture, taken by the Associated Press on October 15, 2021, shows Biden pointing at a child's T-shirt while he visited the Capitol Child Development Center in Hartford, Connecticut.

AFP captured photos from the same event. They indicate the child was showing Biden a US flag graphic on their T-shirt. US President Joe Biden is greeted by children at the Capitol Child Development Center in Hartford, Connecticut on October 15, 2021 ( AFP / Brendan Smialowski) 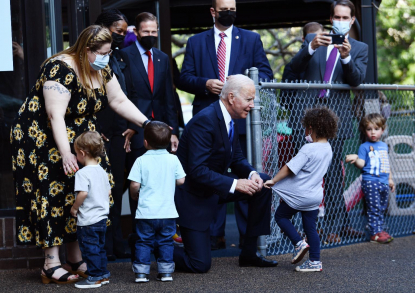 US President Joe Biden is greeted by children at the Capitol Child Development Center in Hartford, Connecticut on October 15, 2021 ( AFP / Brendan Smialowski)

AFP's footage of the exchange -- and a similar video published by C-SPAN -- confirms Biden never touched the child inappropriately, as the social media posts claim.

The earliest iteration of the doctored photo AFP found came from a Twitter user who said in a follow-up post: "I apologize for posting an altered pic. Here is the real one."

In a direct message on Twitter, the poster told AFP the image was "satire" and a "meme" based on claims that Biden has touched children inappropriately in the past.