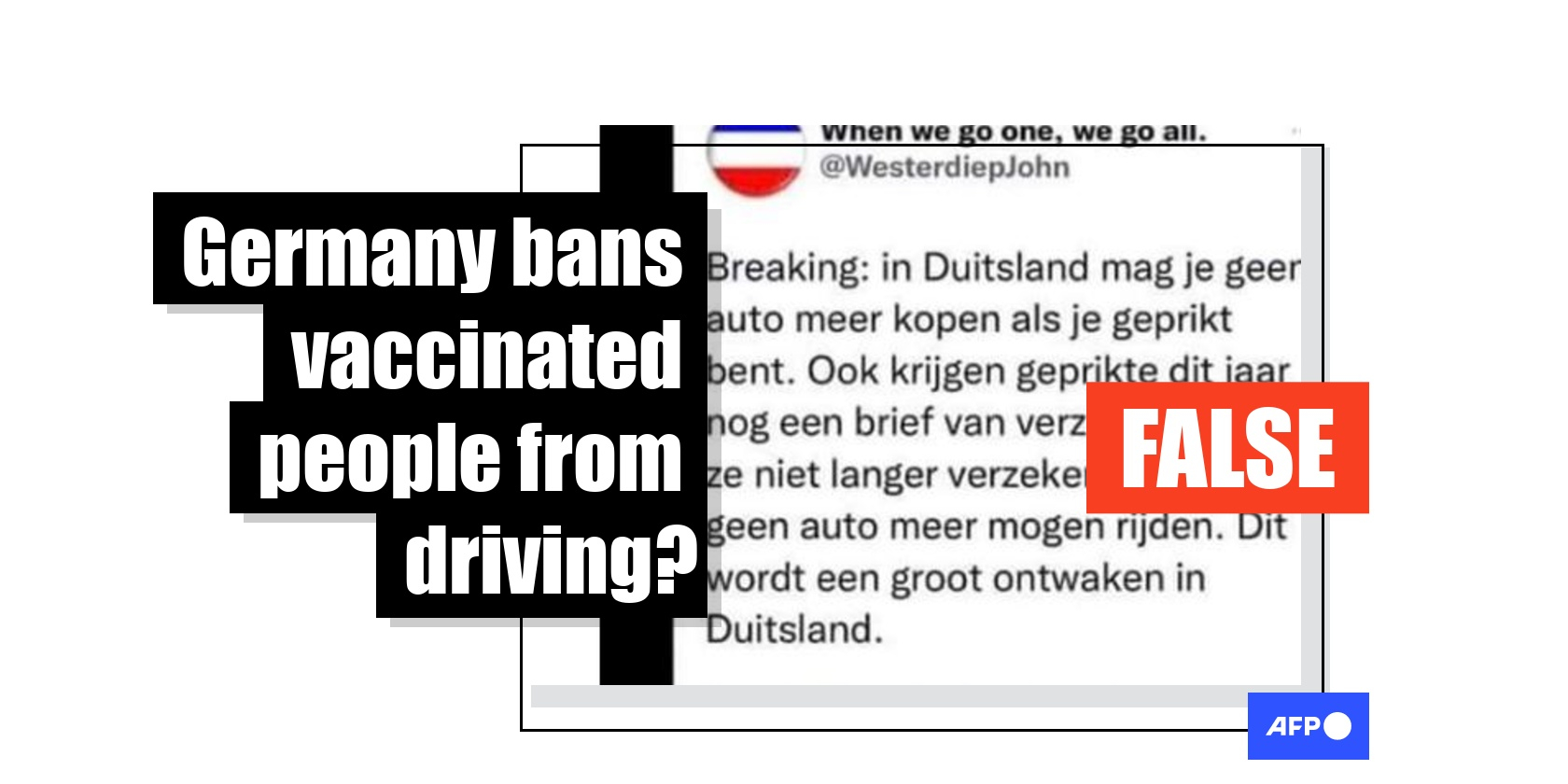 Facebook, Twitter and Telegram posts circulating in various languages falsely claim that German authorities have banned vaccinated people from buying or driving a car. The German insurers' federation and the country's biggest motoring association rejected the claims, while the transport ministry said it had not changed legislation for vaccinated drivers and had no plans to do so.

"Breaking: in Germany you are no longer allowed to buy a car if you have been jabbed," reads a screenshot shared in a Facebook post on October 28.

"This year, selected individuals will also receive a letter from insurers that they are no longer insured. This is going to be a great awakening in Germany."

The screenshot, which features the same text written in Dutch, shows a tweet from an account that regularly shares conspiracy theories. 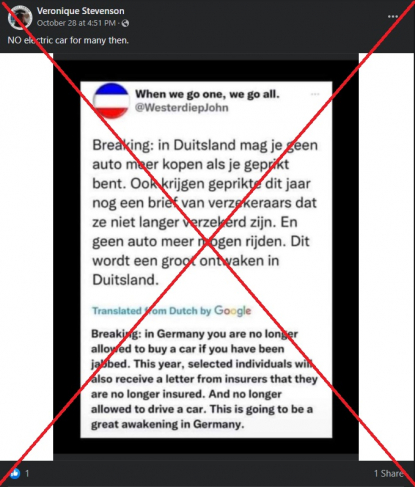 The same text was shared on social media around the world in various languages, including posts in Chinese and Croatian.

Martina Thöne, a spokeswoman for the German transport ministry, said it had not changed the legal requirements to obtain a driver's licence and had no plans to do so.

"The general rule is that a person operating a vehicle has to be fit to drive," she told AFP on November 17. "This is equally true after vaccination with an approved Covid-19 vaccine."

Alexander Schnaars, a spokesman for the German Automobile Association (ADAC), the country's biggest motoring club, said on November 16 that a driver's vaccination history did not prevent them from buying or driving a car.

"This is honestly nonsense that is spreading on social media," GDV spokeswoman Kathrin Jarosch told AFP on November 11.

"In Germany, there is no health check when buying, registering or insuring a car. This is also not planned for the future."

A checklist of documents to prepare when buying a car compiled by German insurance firm Allianz does not mention vaccination.