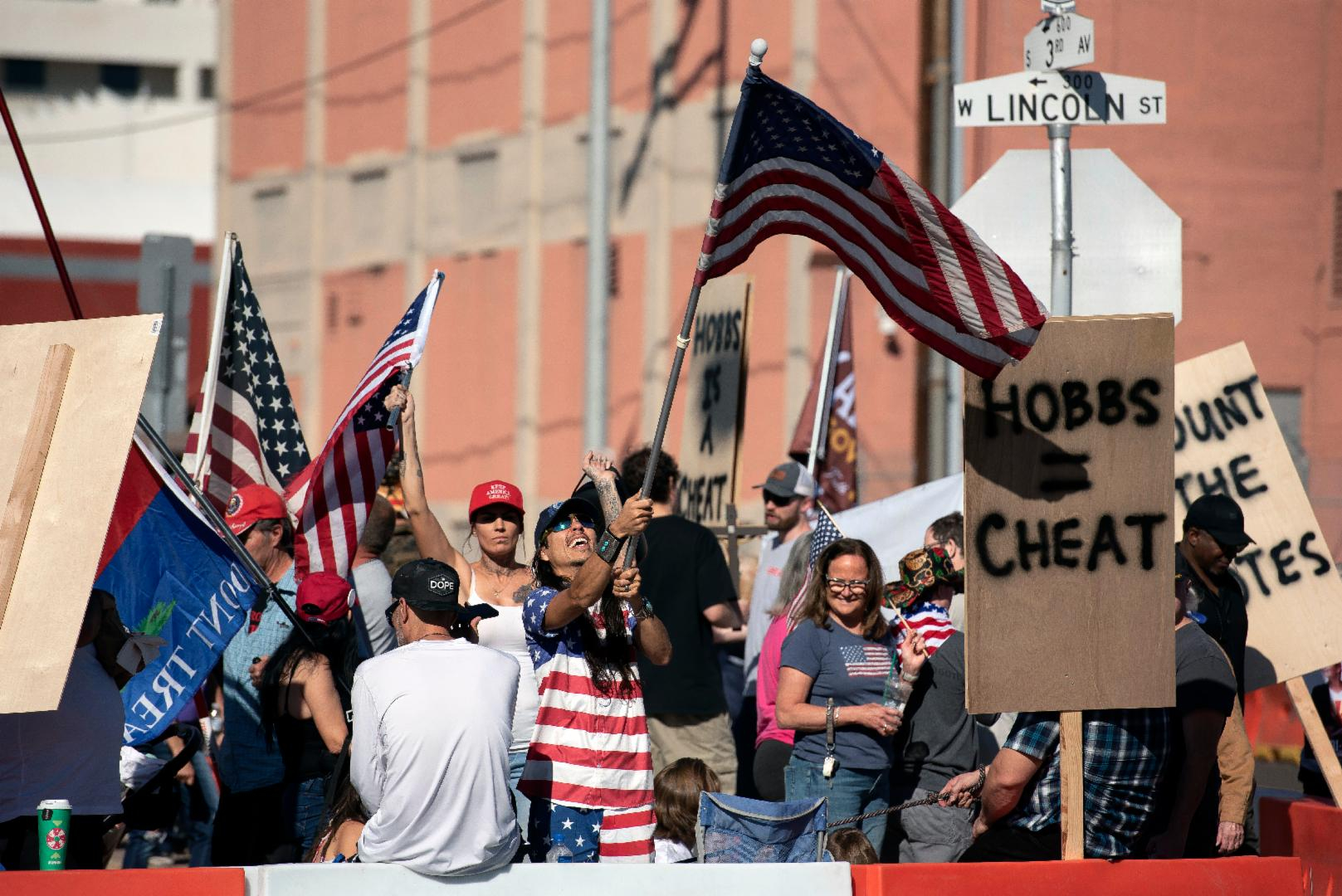 Demonstrators gather at a rally to protest midterm election results outside of the Maricopa County Tabulation and Election Center in Phoenix, Arizona, on November 12, 2022 ( AFP / Rebecca Noble)

Maricopa County ballot transportation not a sign of fraud

Social media posts claim to have found evidence of fraud in the US midterm elections, pointing to trucks transporting absentee ballots in Arizona to a company that performs signature verification. This is misleading; mail-in votes are sent to Runbeck Election Services -- where bipartisan observers are present -- as a routine part of the counting process, according to officials and the company.

"FIX IS IN: Arizona Ballots Make Stop at Runbeck Printing Company to Scan Ballot Envelopes Before They Are Sent to County - WITH NO OBSERVERS," says the headline of a November 12, 2022 article from the Gateway Pundit, a website that AFP has fact-checked numerous times.

Ben Bergquam, a commentator at the conservative media network Real America's Voice, made similar insinuations in a November 11, 2022 tweet with more than 20,000 likes.

"More of the Penske trucks at the Maricopa County elections office. Almost like history repeating itself from 2020! Is it in confidence or corruptions?" he said. 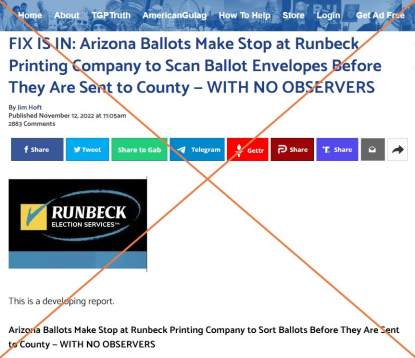 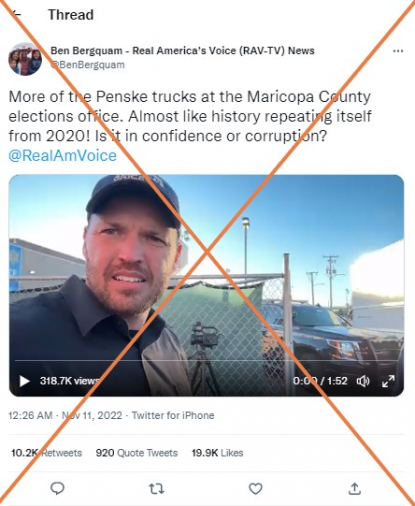 The claims also spread on Instagram, Facebook and TikTok, where one video received more than 177,000 views before it was taken down.

Democrats won the hard-fought US Senate and governor's races in Arizona, but technical difficulties reported in Maricopa County on November 8 pushed the state to the center of false fraud claims -- many of which echo baseless conspiracy theories from the 2020 presidential election.

Kelli Ward, chairwoman of the Arizona Republican Party, was among those questioning on Twitter why the Maricopa County Elections Department was using Penske rental trucks.

On November 12, the department responded: "Trucks driven by bipartisan staff transport sealed envelope packets to Runbeck for signature imaging in preparation for signature verification, which is performed back at the election center."

Trucks driven by bipartisan staff transport sealed envelope packets to Runbeck for signature imaging in preparation for signature verification, which is performed back at the election center.☀️

The process is outlined in the county's 2022 Elections Plan:

A Runbeck spokeswoman said the firm's facility "does not open ballot envelopes and does not capture the image of any voted ballots."

Instead, Runbeck's equipment "captures images of the unopened returned envelopes for Maricopa County only, which they use for audit and signature verification," she said, adding that the transportation of these ballots occurs regularly and continues after Election Day. This makes signature verification faster.

The Maricopa County GOP confirmed on Twitter that Runbeck hosted observers at its facility.

Repeating! There were Republican Observers at RUNBECK on Election Night and the next day when ballots were being sent there for scanning! https://t.co/MyBTJxfDTO

Process not evidence of fraud

Pam Smith, president of Verified Voting, a non-partisan group that promotes the responsible use of technology in elections, told AFP there is "nothing inherently malign in the county using a contractor to provide some of these services."

"Many jurisdictions use trucks rented for the purpose, rather than attempt to maintain a fleet of infrequently used vehicles," she said.

"It creates efficiencies and, in fact, it creates accuracy, which is why many states in the country have moved to this process," she said.

As for supposed election fraud, the US Cybersecurity and Infrastructure Security Agency said in a November 9 statement: "We have seen no evidence that any voting system deleted or lost votes, changed votes, or was any way compromised in any race in the country."

AFP has fact-checked other false and misleading claims about the midterms here.