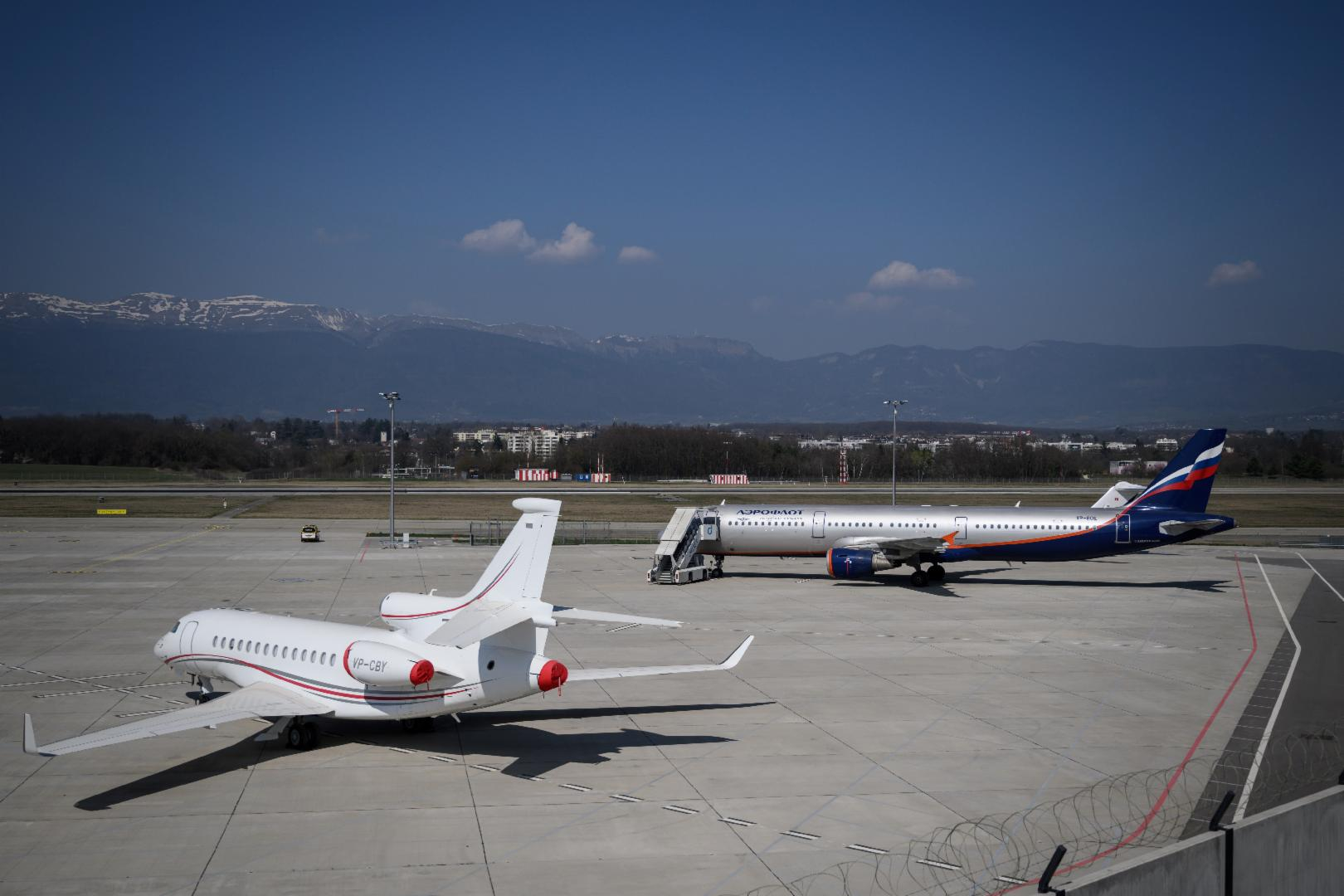 Social media posts shared hundreds of times claim airlines in Spain and Russia warned people who have been vaccinated for Covid-19 not to fly because they have an increased risk of developing blood clots. This is false: airlines in those countries have issued no such advice as of May 25, 2022. Health experts say blood clots are a rare side effect of the Covid-19 vaccine and are not the same as those that occur during flights.

“Fun Fact: Airlines in Spain and Russia are warning COViD vaccinated people not to fly due to the increased risk of blood clots” reads a tweet by an Australia-based user on May 8. 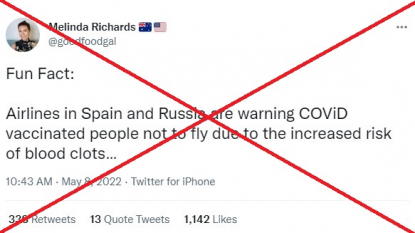 It previously circulated here, here and here on Facebook in countries including the Philippines, the United States and Canada.

It was also shared in Hong Kong and China on Twitter.

Comments on the posts indicated they were misled by the claim.

One user wrote: "What about the vaccinated pilots? That should be everyone’s concern”, while another commented: "At least they are honest”.

A similar claim was debunked by AFP in 2021 after commentator and former Australian senator Cory Bernardi claimed on a Sky News Australia TV segment that “airlines in Spain and Russia are warning people who've been vaccinated against coronavirus not to travel because of the risk of blood clots”.

The International Air Transport Association (IATA), which represents 290 airlines worldwide including Russia’s largest airline Aeroflot and Spain’s largest airline Iberia, told AFP it was not aware of any airlines “considering denying vaccinated passengers travel due to the blood clot risk”.

“There is no truth to these suggestions”.

In a July press release, IATA advised that their medical advisory group had not considered vaccine-induced blood clots to be of risk.

“We are also not aware of any suggestion in medical literature that the particular blood clot phenomenon [known as Vaccine-Induced Immune Thrombotic Thrombocytopenia TTS], which has been designated as a rare side effect of one or possibly two types of COVID vaccines, has any impact on air travel”.

In May 2021 Aeroflot launched a programme to “support mass vaccination”, with CEO Mikhail Poluboyarinov saying in a press release that Covid-19 vaccine promotion was important for industry rehabilitation.

“Promoting vaccination is our contribution to facilitate a full-fledged recovery of air transportation and provide convenience and comfort to our passengers”.

“We’ve launched the programme as part of the federal initiative to encourage mass vaccination.”

A keyword search found no mention of the claim on Aeroflot's website or in its published press releases.

Iberia told AFP that it has “never made any recommendation in that sense”.

The airline has a comprehensive Covid-19 policy in place for travellers that can be found here.

Australia's health department told AFP the blood clots that occur during flights are different to those caused by vaccines.

“Among case reports, there are no known markers for increased risk for thrombosis with thrombocytopenia syndrome (TTS) including air travel, following vaccination with Covid-19 vaccines,” a department spokesperson said.

Blood clots associated with the AstraZeneca vaccine are a very rare side effect occurring in “around four to six people in every million after being vaccinated”, the health department said in September last year.

The Pfizer and Moderna vaccines are not associated with such a risk, according to the Australian government's Therapeutic Goods Administration and health department.

According to material released by the department, TTS “is different from general clotting disorders such as deep vein thrombosis [DVT]”.

“TTS can occur at different parts of the body, including the brain (called cerebral venous sinus thrombosis) and in the abdomen (idiopathic splanchnic vein thrombosis)”.

Healthdirect Australia, the national public health information service supported by the government, advises that DVT occurs when a blood clot forms in one or more of the deep veins in your body.

“Anything that slows blood flow in deep veins can cause DVT '' usually as a result of long periods of inactivity such as a long flight,” Healthdirect said.

Professor of vascular medicine at the University Hospital of Amiens, Marie-Antoinette Sevestre-Pietri, told AFP that blood clots resulting from Covid-19 vaccines are “immunological”.

"There is absolutely no reason not to take a patient on a flight on the pretext that he is vaccinated,” she said.