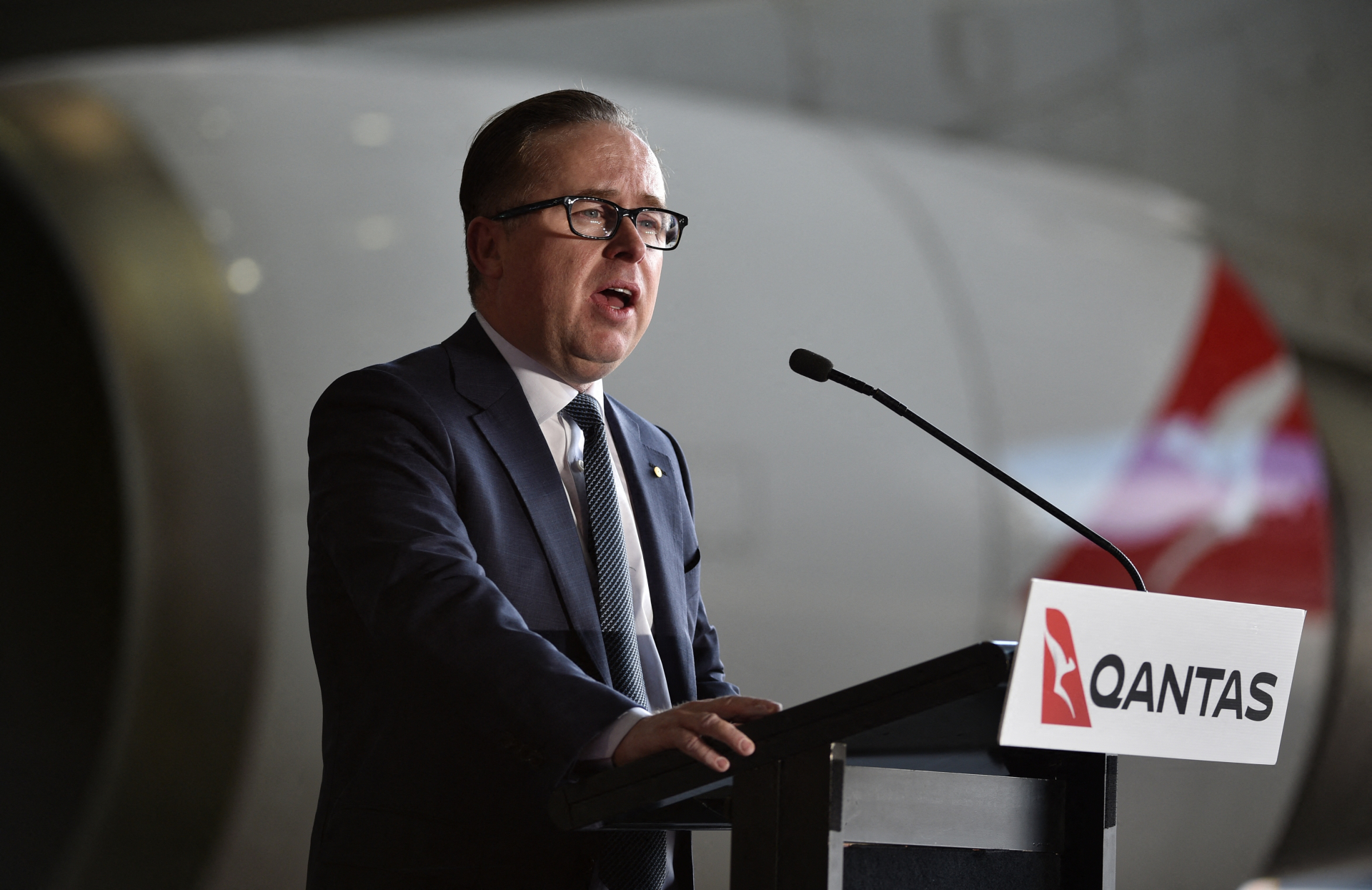 A clip showing a man smashing a pie into the face of Qantas Airways CEO Alan Joyce is circulating online along with the claim that it shows a response to the airline's Covid-19 vaccination requirement. This is false; the video is from 2017 and relates to Joyce's support for same-sex marriage in Australia, not the pandemic that came years later.

"This is great," says a February 8, 2022 Facebook post that features a video from TikTok overlaid with text that says: "Airline CEO gets pied for forcing vaccinations." A voice-over in the clip says: "Emerging from backstage, a man in a suit grabbed Mr Joyce and smashed a pie into his face." 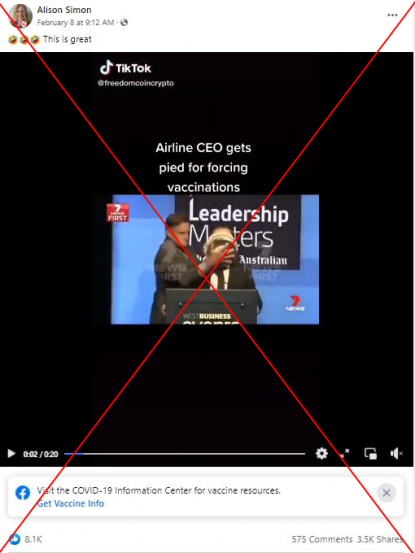 The claim appeared elsewhere on Facebook in English as well as on Twitter in French, which AFP Factuel debunked here.

In August 2021, Qantas Group announced it would require all employees to be fully vaccinated against Covid-19, with Joyce saying: "Having a fully vaccinated workforce will safeguard our people against the virus but also protect our customers and the communities we fly to."

Australia's capital Canberra has been the site of large protests against vaccine mandates, but the video of Joyce being hit with a pie is unrelated to the Covid-19 pandemic or vaccination policies at Qantas.

AFP covered a pie attack on Joyce in 2017, and a reverse image search confirmed that video footage of the incident has circulated online since before the pandemic began.

In March 2017, Joyce was one of 20 chief executives of some of Australia's largest companies to sign a joint letter to then-prime minister Malcolm Turnbull in support of same-sex marriage, which was not legally recognized in Australia until December 2017.

The 67-year-old man who hit Joyce with the pie opposed the CEO's stance.