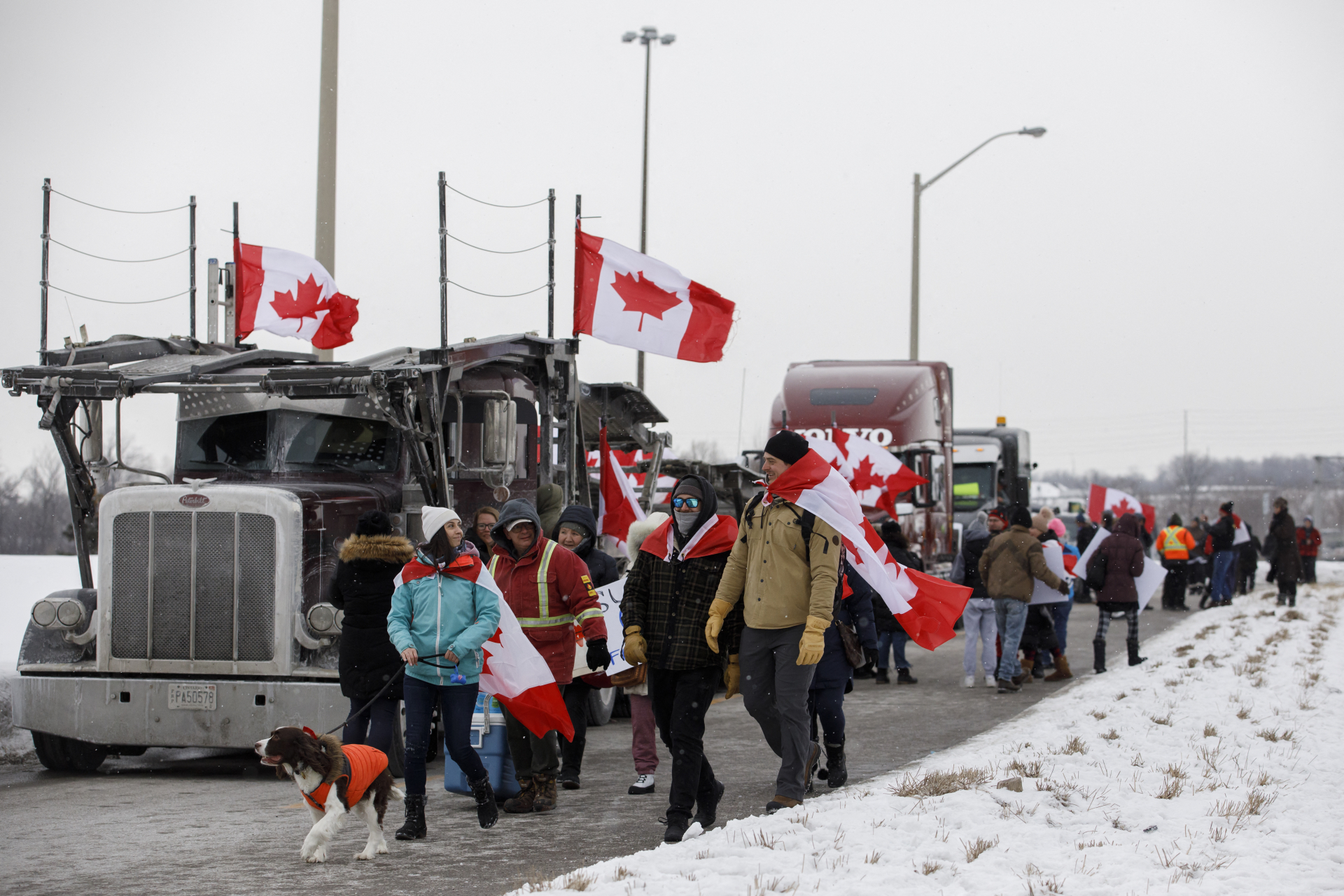 Supporters of truckers driving from British Columbia to Ottawa to protest Covid-19 vaccine mandates gather near a highway overpass outside of Toronto, Canada on January 27, 2022 ( AFP / Cole Burston)

Video of Brazilian trucks not related to Canada protest A screenshot taken on February 11, 2022 shows a video shared on Facebook

The claim also appeared on Facebook here and here. But the footage shared in the posts is unrelated to events in Canada.

Canada's self-styled "Freedom Convoy" protest, which began in January 2022 in the country's west, was launched in opposition to requirements that truckers be vaccinated or test and isolate when crossing the US-Canada border. It has inspired similar rallies in other parts of the world, including in the United States and France.

But a reverse image search on Google shows that the clip of the trucks with the Brazilian flags was posted on YouTube in September 2021 -- well before the Canadian protest began.

The video shared in September implies that the rally was related to 2021 protests in support of Brazilian President Jair Bolsonaro, although it does not mention who shot it, nor where or when it was filmed. AFP contacted the owner of the YouTube channel for additional information on the clip's origins but did not receive a response by the time of publication.

Brazilian local media organization Aos Fatos published an article in early September that said the footage was recorded in May.

The video shows trucks bearing the logo of Brazilian agricultural firm ID Agronegócio. AFP contacted the company for comment but did not receive a response.

A keyword search on Twitter however shows that footage of the same trucks circulated online as early as May 14.

On May 15, hundreds of trucks arrived in Brasilia after Bolsonaro put out a call for rallies in several cities, which were meant to gather the country's conservative "soldiers," including farmers and the religious right.

AFP Fact Check has debunked other inaccurate claims about the Canadian truck protest here and here.