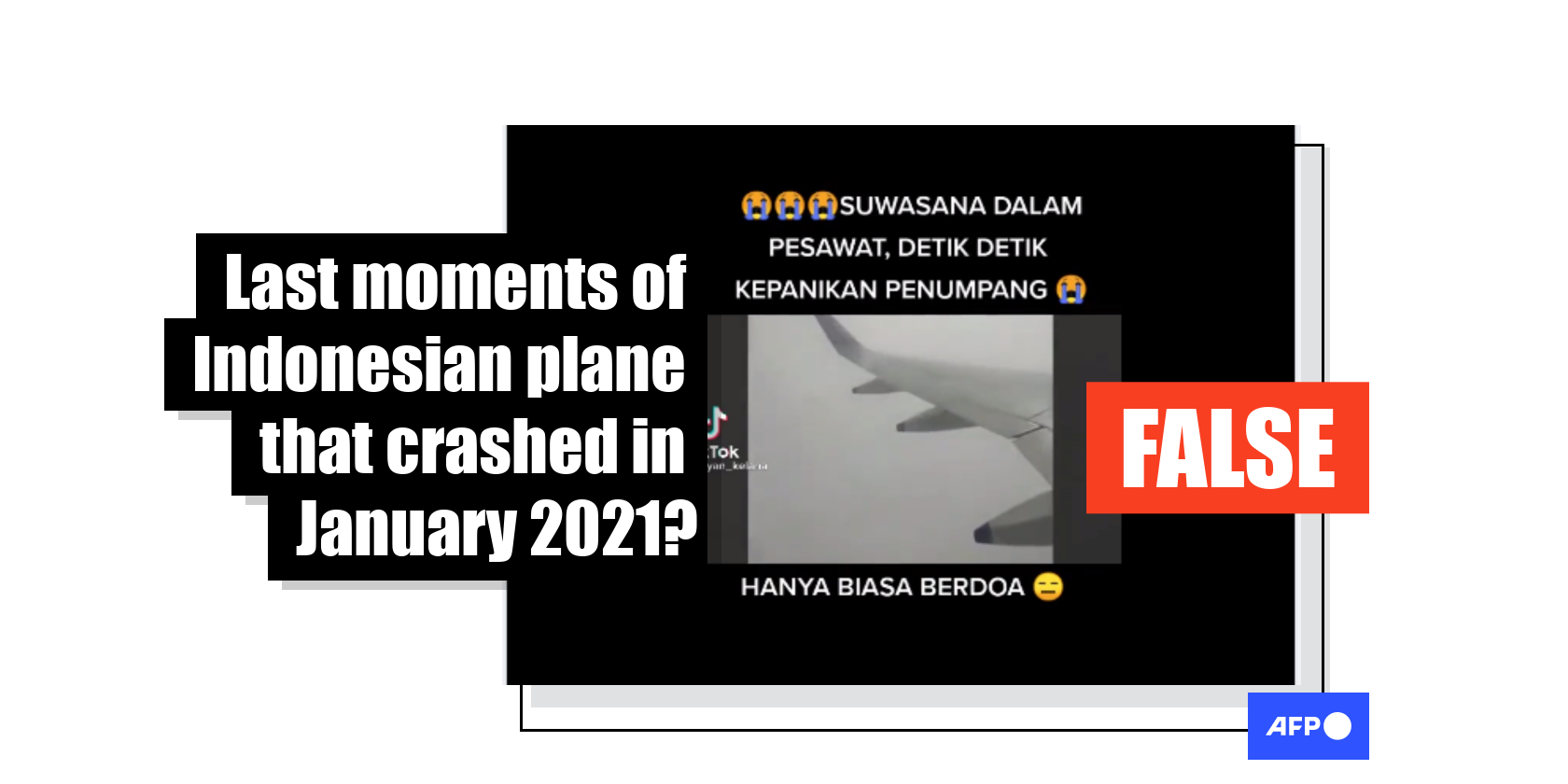 A video has been viewed more than one million times on Facebook, YouTube and TikTok alongside a claim that it shows the last moments of Indonesia’s Sriwijaya Air flight before the aircraft crashed in the Java Sea in January 2021. The claim is false: the footage has circulated in reports about an Indian budget airline flight that was hit by a major turbulence in July 2020. 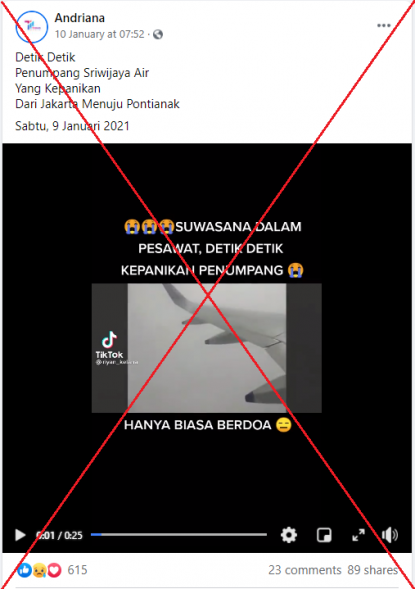 The text superimposed on the clip reads: “Situation inside the plane, last moments of panicking passengers. We can only pray.”

Indonesia’s Sriwijaya Air Flight SJ 182, carrying 62 people on board, crashed into the Java Sea shortly after it took off from Jakarta on January 9, 2021, AFP reported here.

The clip with a similar claim has been viewed more than 1.2 million times in other posts on Facebook here, here and here; on YouTube here and here; as well as on TikTok here.

The same scene can be seen at the 30-second mark in the YouTube video, but the audio of the clip in the misleading post has been edited.

Below is a screenshot comparison of the clip in the misleading post (L) and the genuine YouTube video (R): 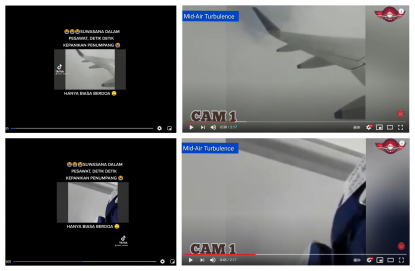 It also published a report about the flight here on July 11, 2020. It is headlined: “MID AIR SCARE: Passengers shriek as Kashmir bound Indigo flight from Riyadh hits air turbulence”.

The report reads in part: “Panic gripped the passengers on board Indigo flight from Saudi Arabia when it encountered major mid-air turbulence minutes before its landing at the Srinagar International Airport.

“Tears of joy swelled the eyes as the flight landed on the Srinagar airport. People raised their hands and recited thanksgiving prayers for reaching home safely.”

The incident was also reported by British tabloid The Daily Mirror.