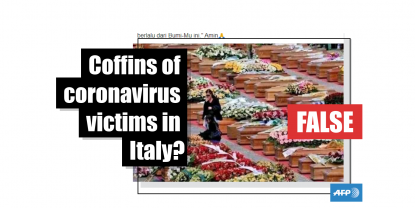 Published on Wednesday 8 April 2020 at 16:30
A photo has been shared hundreds of times on Facebook alongside a claim it shows coffins of coronavirus victims in Italy. The claim is false; the photo has circulated in media reports since 2009 about the coffins of earthquake victims in the Italian city of L’Aquila.
Read more 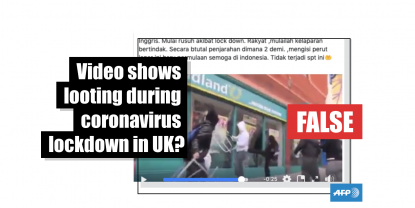 This video shows riots in London in 2011, more than nine years before the COVID-19 pandemic

Published on Wednesday 8 April 2020 at 06:30
A video has been viewed thousands of times on Facebook, Instagram, Twitter and YouTube alongside a claim it shows people rioting and looting shops in England during the coronavirus lockdown. The claim is false; the video has circulated online since August 2011 about riots in the British capital of London.
Read more 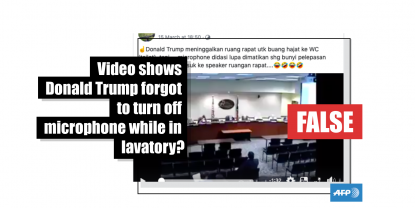 This video shows an incident involving a Texas mayor in 2015

Published on Friday 3 April 2020 at 07:00
A clip has been viewed more than 11,000 times in multiple posts on Facebook, Twitter and YouTube alongside a claim it shows US President Donald Trump forgetting to turn off his microphone after going to the lavatory during a meeting. The claim is false; the video has been manipulated; the original video has circulated in media reports since at least 2015 about an incident involving a Texas mayor.
Read more 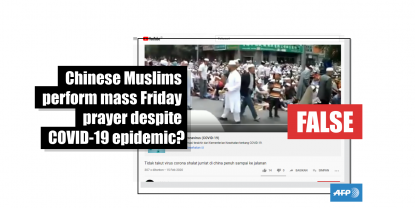 Published on Thursday 2 April 2020 at 06:40
A video has been viewed hundreds of times in multiple social media posts alongside a claim it shows Chinese Muslims performing a communal Friday prayer in a mosque despite the novel coronavirus pandemic. The claim is false; the video has circulated in reports about Muslims performing a mass prayer at a mosque in the western Chinese city of Xining in 2011, nine years before the novel coronavirus outbreak.
Read more 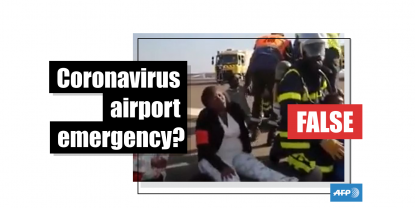 Published on Tuesday 31 March 2020 at 15:32
A video purporting to show panic-stricken travellers infected with coronavirus disease at an airport has been shared hundreds of times on Facebook. These images are actually taken from a security exercise simulating a hostage-taking at Dakar airport in November 2019.
Read more