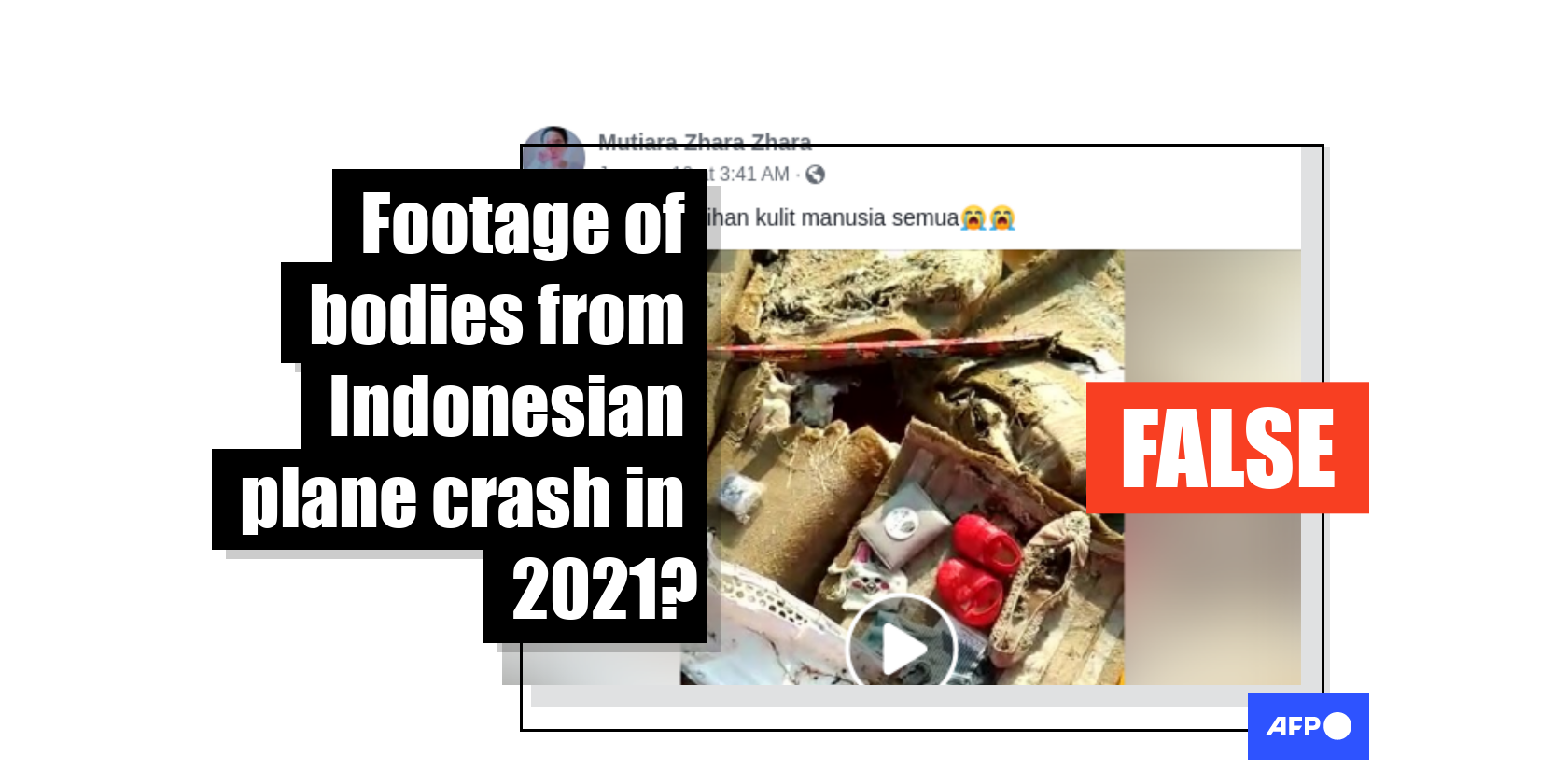 A video has been viewed thousands of times on Facebook, TikTok and YouTube alongside a claim that it shows belongings and human remains from the recent crash of Sriwijaya Air flight SJ182. The claim is false: the video circulated in 2018 and shows the aftermath of the crash of Indonesia’s Lion Air flight JT 610.

The 24-second video shows various items on a boat and then the ocean waters filled with floating debris. A man’s voice can be heard listing items in a heap, “children’s shoes, a bag, a wallet,” then he said in Indonesian, “This is all human flesh.”

The Facebook post’s Malay caption translates to English as: “Oh God this is all human skin.”

The Facebook user wrote in the comment section that she believed it was a footage of the Sriwijaya Air plane crash. 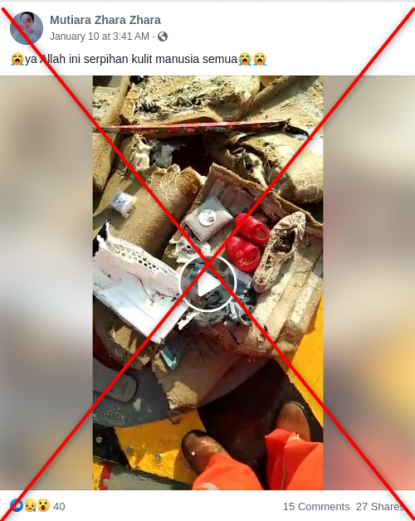 The post was posted shortly after Sriwijaya Air flight SJ182 crashed into the sea just minutes after taking off from the Indonesian capital of Jakarta on January 9, 2021, as AFP reported here.

The video also appears with a similar claim in Indonesian here on Facebook, here on TikTok and here on YouTube.

The caption reads: “Tug Boat AS JAYA 11, which sailed from Pulang Pisau regency, Central Kalimantan province towards Marunda, was the first ship to approach the wreckage of the Lion Air JT-610 plane and became witness to the crash of the plane.”

The part seen in the misleading video matches the YouTube video’s 0:23 mark.

On October 29, 2018, Indonesia’s Lion Air flight JT 610 crashed into the Java Sea after taking off from Jakarta’s airport, killing all 189 passengers and crew, as AFP reported here. 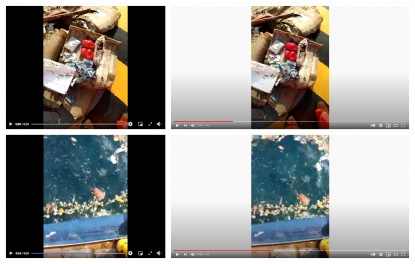 Indonesian TV broadcasters tvOne and Metro TV published video reports, such as this, this and this, noting that the crew of an Indonesian tugboat witnessed the Lion Air crash and helped the search and rescue team recover the wreckage.

At the 3:59 mark of this video report, posted on the YouTube channel of Indonesian online media Kumparan, on October 30, 2018, its reporter holds a red children’s shoe, as seen in the start of the misleading video.

The other clips shared in the misleading YouTube post, claimed to be footage from the Sriwijaya Air plane crash, have been debunked by AFP here.