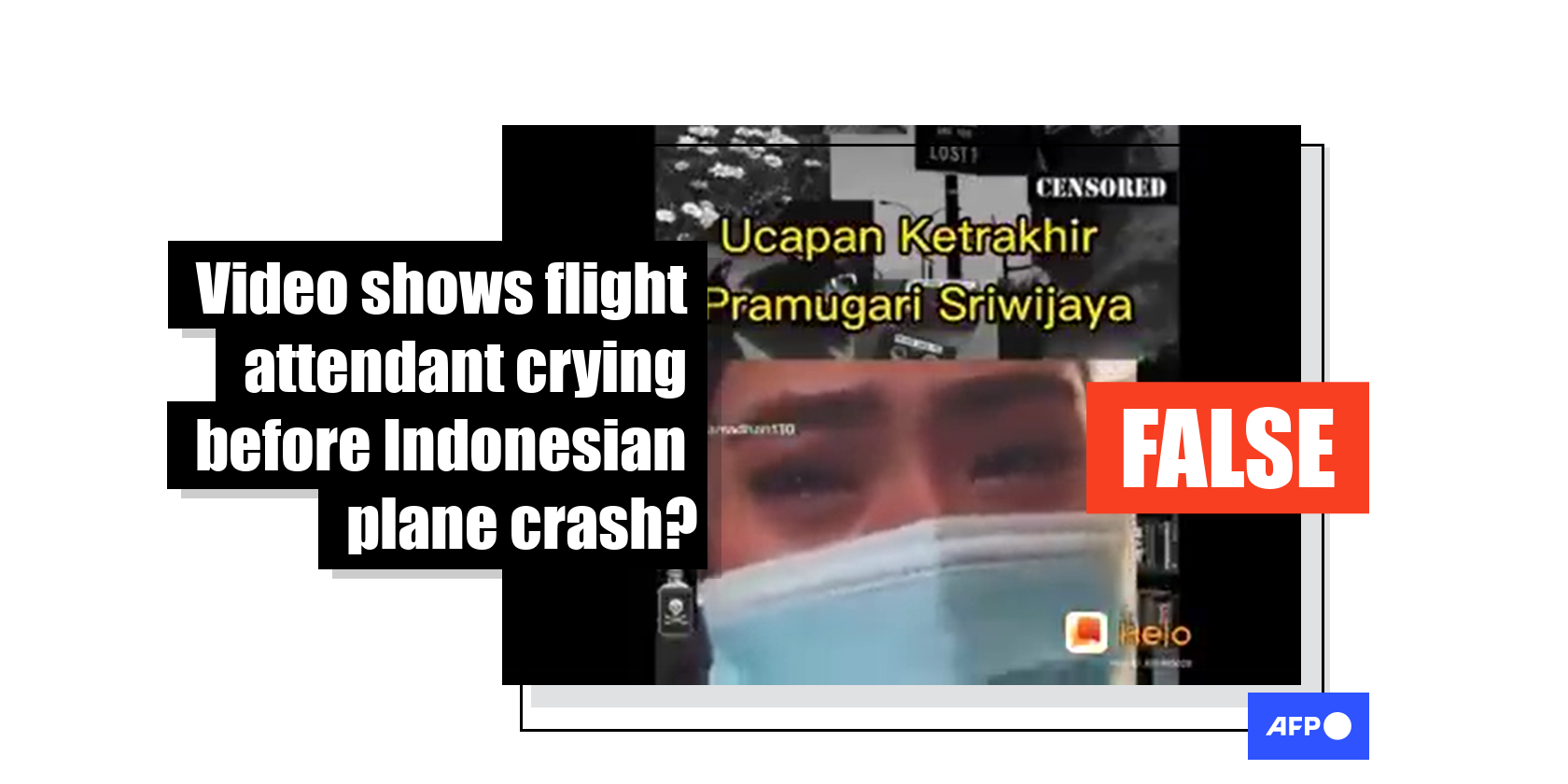 A video has been viewed tens of thousands of times on Facebook, YouTube and TikTok alongside a claim that it shows a flight attendant crying on board Indonesia’s Sriwijaya Air Flight SJ 182 shortly before the aircraft crashed into the Java Sea in January 2021. The claim is false: the clip shows a Filipino flight attendant speaking about her last shift for the Philippine low-cost airline Cebu Pacific in 2020. The post's Indonesian-language caption translates to English as: “The victim’s tears are like the constant rain. The flight attendant’s last words on Sj182

“Before the tragedy happened, she already had a hunch. Rest in peace in heaven now, younger sister”.

The footage has been viewed more than 77,000 times  after it was posted alongside a similar claim on YouTube here, here, here; as well as on TikTok here and here.

An online search found the video was previously posted here on October 24, 2020, on TikTok account @cckimberlyangcay.

The video’s caption reads: "MY LAST FLIGHT AS A CABIN CREW vlog ?? yt link in my bio ?”. 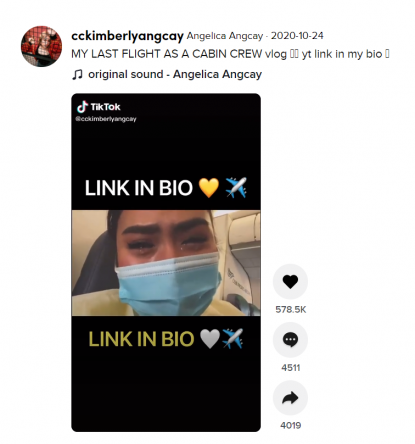 In the video, the woman can be heard speaking Tagalog, saying: “Guys, this flight is so (emotionally) heavy for me.”

The logo for Cebu Pacific, a low-cost carrier from the Philippines, can be seen in the background of the clip.

Below is screenshot comparison between the footage in the misleading post (L) and the original clip (R), with the logo of Cebu Pacific circled by AFP: 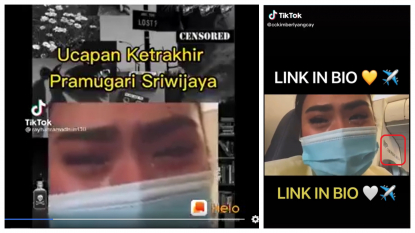 Angelica Kimberly M. Angcay, the owner of the TikTok account, told AFP that she recorded the video on her last flight working as a Cebu Pacific cabin crew member in July 2020.

“I could not help but break down during the flight because we received the email about the retrenchment while we were briefing before the flight,” the former flight attendant told AFP by Instagram message on January 22, 2021. “I really wanted to vlog my last flight and just enjoy it. I tried to contain my emotions that time, but I broke down during the flight.”