The gold was unearthed in Turkey in 2016

Photos of gold bars have been shared thousands of times in multiple Facebook posts along with a claim that a Japanese treasure site was found in Myanmar with enough gold to load 100 trucks. The claim is false; the gold was found during “illegal excavations” in Turkey in 2016, according to local media reports. 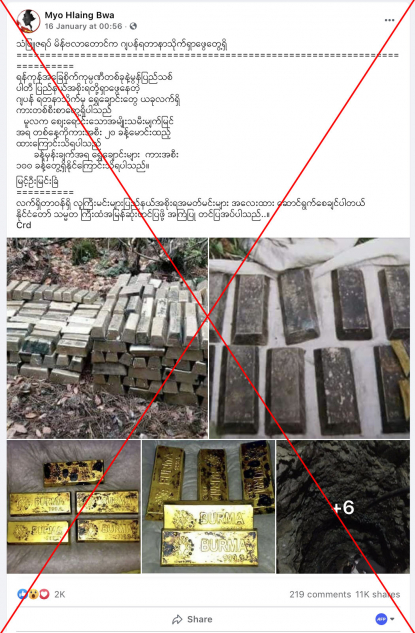 A screenshot of the misleading posts taken on January 21, 2021

Thanbyuzayat is a town in Mon state, Myanmar. It is known for the Death Railway, which civilians and prisoners of war were forced to build during the Japanese occupation of Myanmar in the Second World World.

The same photos have been shared here, here and here on Facebook, with a similar claim.

A reverse image search on Google found the first photo was published here in 2017 on Turkish news website SuperHaber.

"In December, the authorities had received a tip saying that 20 tons of gold bars had been found during illegal excavations taking place in the Goynuk Canyon, located in Goynuk, in the district of Kemer,” the report claims.

“Acting on that tip, the police dispatched teams to search the area. During the investigation, 369 bars of plaster painted in gold were found in a cave whose entrance had been blocked. Four people were detained on December 28 in connection with this incident".

FETO is referred to a Turkish Islamic scholar and preacher, Fethullah Gulen’s network which is designated as a terrorist organization by the Turkey government. 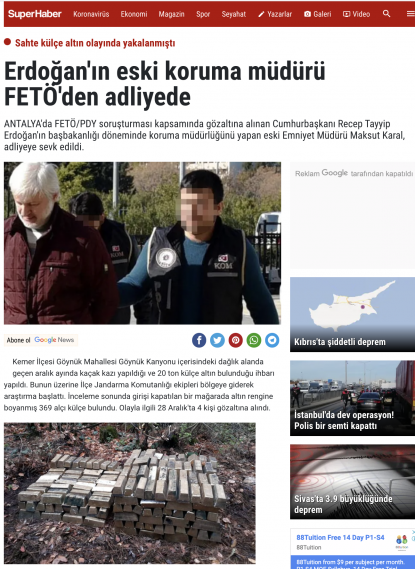 A screenshot of SuperHaber's news report taken on January 21, 2021.

Below is a screenshot comparison between the first photo in the misleading post (L) and the photo in SuperHerber’s news report (R):

On the forum of the website, a user named Viking83 shared his findings with other users along with some images. Some of his images shared on the forum are identical to the photos in the misleading posts. 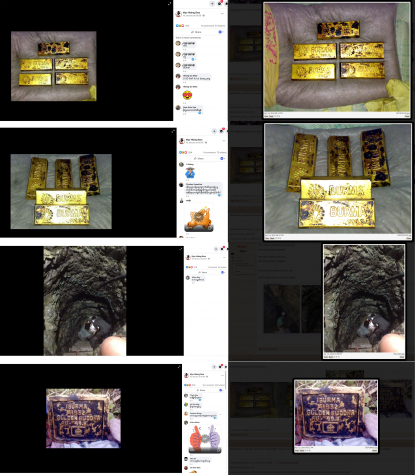 A screenshot comparison between the first photo in the misleading post (L) and photos shared on TREASURENET (R).