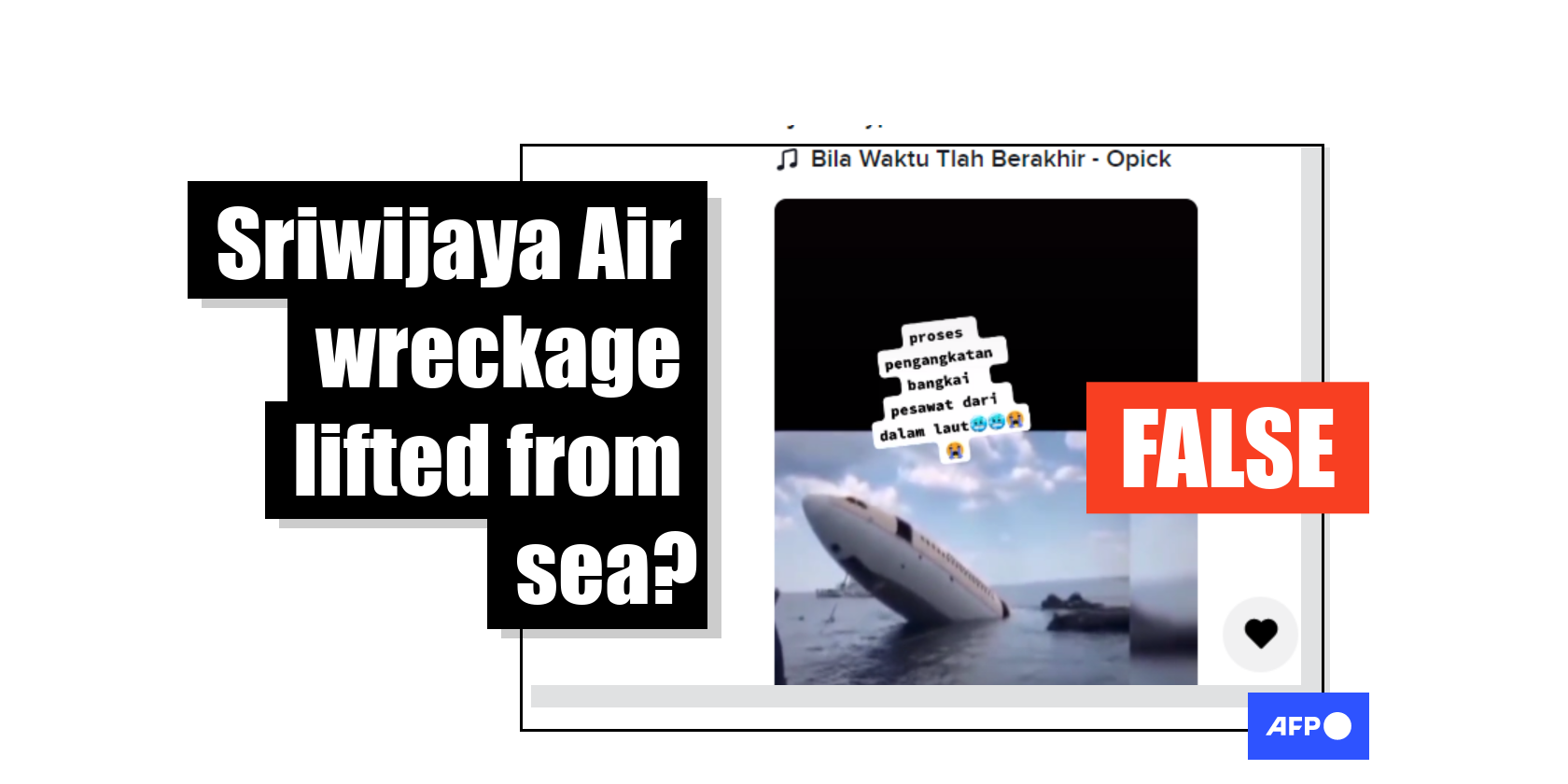 Video shows sinking of disused airplane for diving tourism in Turkey in 2019, not lifting of Sriwijaya Air plane wreckage

A video has been viewed millions of times on TikTok and YouTube in posts which claim it shows the wreckage of a Sriwijaya Air plane that crashed in the Java Sea in January 2021. The claim is false: the video actually shows a decommissioned plane that was deliberately sunk in 2019 in Turkey for diving tourism. The clip, originally captured in 2019, has been played backwards in the misleading posts.

The video was posted on TikTok here on January 10, 2021. It has been viewed more than 4.7 million times.

Its Indonesian-language caption translates to English as: “Deep condolences for the incident befalling my brothers and sisters. I hope they will rest in peace next to the Almighty God. #sriwijayaplane #jt182”.

Translated to English, the sticker text superimposed on the video says: “The process to lift the plane wreckage from the sea”. 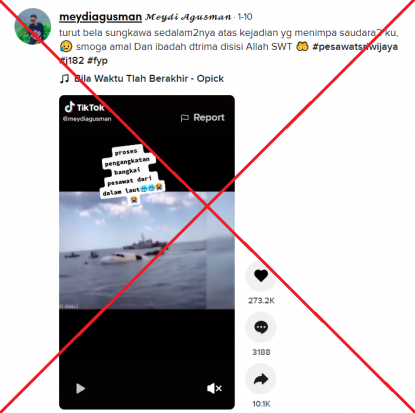 A screenshot of the misleading post, taken on January 20, 2021

The video has been viewed about 6,000 times after it was posted on TikTok here and here, as well as YouTube here.

The video was originally captured in 2019 and has been played backwards in the misleading posts. It actually shows a disused plane that was sunk for diving tourism in Turkey in 2019.

A keyword search on Google found the last second of the video matches this YouTube clip. It is titled “Turkey Airbus A330 Sinking Ibrice 14 June 2019”. It was posted on the YouTube channel of UK-based scuba diving publication DIVE on June 18, 2019.

The video’s caption reads: “An Airbus A330 being sunk as an artificial reef to around 30m deep in the Aegean Sea. The aircraft is located approximately 1 nautical mile from Ibrice Harbour and is aimed at bringing scuba diving tourism to the area.”

Below is a screenshot comparison of the TikTok video (L) and the DIVE video (R): 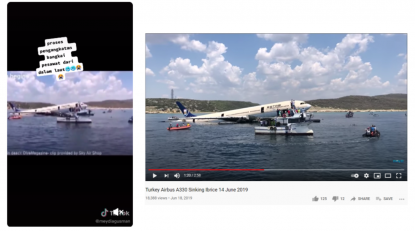 The first several seconds of the misleading TikTok video were taken from this Instagram video, posted by the account @aviation.2021 on January 3, 2020.

The Instagram video is very similar to this YouTube video, posted on June 20, 2019. It is titled: “Turkey Purposely Sunk An Airbus A330 Aircraft To Attract Scuba Divers And Boost Marine Life.”

The sinking of the Airbus 330 aircraft on June 14, 2019, was also reported by Turkish state-run news agency Anadolu and the BBC.