The US Supreme Court did not rule against mandatory vaccination

“US SUPREME COURT OVERTURNS UNIVERSAL VACCINATION. A BIG VICTORY FOR FREEDOM IN THE UNITED STATES,” the caption in the Facebook post reads.

The post has been shared more than 150 times in South Africa since being published on April 6, 2021.

The same text appeared on Facebook in Italian and Serbian.

A similar claim in French, debunked by AFP Fact Check here, was shared more than 15,000 times.

Mandatory vaccination in the United States

Mandatory vaccination falls under state jurisdiction, not federal. Each state has the legal and constitutional authority to require its citizens to be vaccinated against contagious diseases.

Today, all 50 states have legislation that requires children to be vaccinated “against certain communicable diseases” to attend both public and private schools. The Centers for Disease Control and Prevention (CDC) details state school vaccination laws on its website. There are also certain mandatory vaccines for healthcare workers and for people applying for permanent residence in the United States.

All states, however, allow for medical exemptions – such as for an allergy to a vaccine – and 45 states and Washington DC grant exemptions for religious purposes, according to the National Conference of State Legislatures.

“Several years later, the Supreme Court cited it as precedent for the constitutionality of state laws requiring that children be vaccinated prior to attending school (Zucht v. King),”  Wendy E. Parmet, an expert on public health policy and a law professor at Northeastern University, told AFP Fact Check.

Legally, individual states could decide to make the Covid-19 vaccine obligatory, but none have done so yet.

“States have the legal and constitutional authority to require that the people who live in that state be vaccinated, or to introduce a vaccine mandate,” legal scholar Joanne Rosen explained in a recent interview published by the Bloomberg School of Public Health at Johns Hopkins University.

But vaccination against Covid-19 will not be made mandatory at a federal level, President Joe Biden promised in December 2020. People arrive at the Javits Center for Covid-19 vaccination in New York on 13 avril 2021. (Photo: Timothy A. Clary / AFP)

“To my knowledge, no recent decision about vaccine regulations has been overturned by the Supreme Court,” Parmet noted.

“I do not know of any US Supreme Court case that overturned its own precedent on vaccines.”

The Facebook post adds that “US infectious disease specialist Bill Gates, Fauci, and Big Pharma * lost a US Supreme Court case, failing to prove all of their vaccines over the past 32 years were safe for the health of citizens! (sic)”.

This allegation appears to refer to another widely-shared rumour in the United States concerning a court decision from 2018.

One of the largest anti-vaccine organisations in the United States, the Anti-Vaccine Informed Consent Action Network (ICAN), filed a Freedom of Information lawsuit against the US Department of Health and Human Services (HHS) in 2018, calling on officials to release detailed reports about vaccine side effects.

The department said it could not find these reports, which ICAN cited as evidence that the federal government had failed to fully study the effects of vaccines for the past 30 years. However, scientists and the fact-checking website PolitiFact noted that numerous in-depth reports on vaccine side effects have been published by HHS and other US agencies.

Furthermore, this case was handled by the Southern District of New York, not the US Supreme Court.

“The case appears to be one brought under the Freedom of Information Act. It does not pertain to vaccine policy. The case appears to have been settled in the district (trial) court, not the Supreme Court. It could not overturn any precedent,” Parmet told AFP Fact Check.

The Facebook post further claims that “a group of scientists” led by “Senator Kennedy” filed the lawsuit. The post then cites a quote attributed to Robert F. Kennedy Jr.

However, Kennedy Jr. was never a US Senator. He is an environmental lawyer and  known for his anti-vaccination stance. 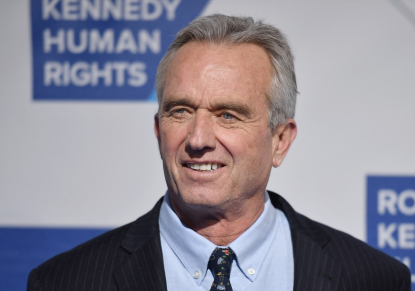 His Instagram account was shut down in February 2021 “for repeatedly sharing false claims about the coronavirus or vaccines,” according to a statement by Facebook on February 12, 2021.

Kennedy did back the ICAN in their suit against HHS in 2018, but he has not filed a recent appeal with the Supreme Court.

The false Facebook post further claims that the Covid-19 vaccine using messenger RNA (mRNA) technology “is not a vaccine” but rather “an instrument of genetic influence” that alters a person’s DNA.

“Once inside a human cell, mRNA reprograms normal RNA/DNA which begins to make another protein,” the post reads.

This is false. Vaccines using mRNA do not alter human DNA.

“The mRNA vaccines indeed are true live vaccines that produce the intended antigen, the SARS-CoV-2 spike protein, at the site of injection,” Grant McFadden, director of the Biodesign Center for Immunotherapy, Vaccines, and Virotherapy of Arizona State University, told AFP Fact Check in March 2021.

“They do not change the genetic DNA of the host cells, and cannot alter the genes of the recipient’s cells.”

“The process is carried out in the cytoplasm, not in the nucleus of the cell,” she said. “Messenger RNA cannot ‘get into’ our DNA.”