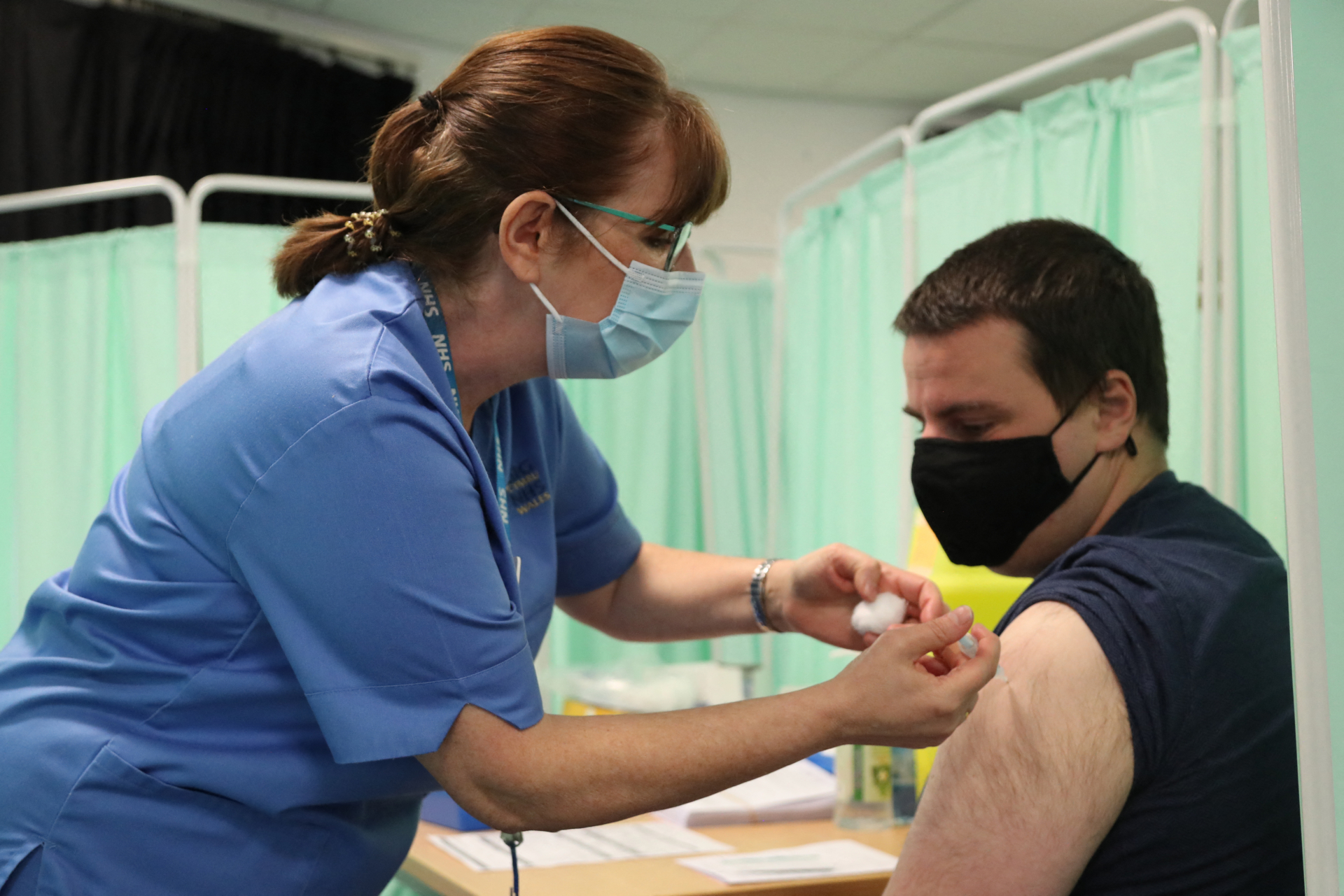 A healthcare professional administers an injection of the Moderna Covid-19 vaccine at a vaccination centre at Ffwrnes Theatre in Llanelli, South Wales. (AFP / Geoff Caddick)

Moderna boss did not say 'vaccines change your DNA'

An article shared thousands of times on social media claims that Tal Zaks, the chief medical officer of US pharma firm Moderna, said messenger RNA vaccines can "alter" human DNA. The posts, which circulated online as Moderna's mRNA Covid-19 vaccine was administered to millions of people around the world, claim Zaks made the comments during a TEDx Talk. The claim is false: Zaks did not make the purported comments. Scientists have previously rejected false claims that mRNA vaccines can alter DNA.

The article, which has been shared more than 3,500 times on Facebook, reads: “While many in the media, Dr. Anthony Fauci and his merry band of chronic liars, and “fact checkers” have declared this claim as false, a video of a TEDx Beacon Street talk by Tal Zaks, chief medical officer of Moderna, Inc., one pharmaceutical company manufacturer of the experimental mRNA technology injection, confirms mRNA injection for COVID-19 can change your genetic code or DNA,” the article reads.

The Moderna Covid-19 jab is an mRNA vaccine that uses an inert snippet of genetic code from the coronavirus. It triggers an immune response in the body that can repel the active virus.

The article was also published on multiple web pages, including here, here and here. 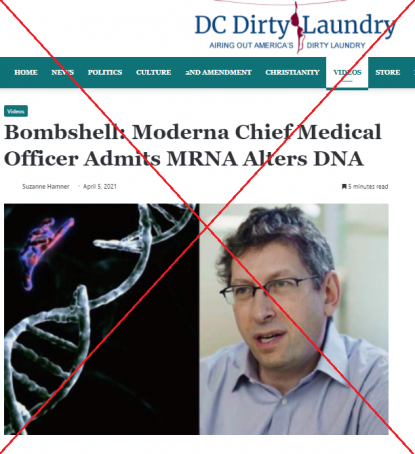 Screenshot captured on April 6, 2021, of the misleading article

Similar claims have emerged on social media in various languages, including Chinese, French and Spanish.

The article links to a TEDx Talk entitled "Rewriting the Genetic Code: A Cancer Cure In the Making" that Zaks gave in 2017.

During the talk, he said messenger RNA (mRNA) vaccines could be used to treat illnesses including influenza, cancer or genetic disorders.

"Our body is made out of organs, our organs are made out of cells and in every cell there is this thing called messenger RNA or mRNA for short, which transmits the critical information from the DNA (in) our genes to the protein, which is really the stuff we are all made out of,” he said.

“This is the critical information that determines what a cell will actually do. So, we think of it like an operating system. It’s not just in every cell of our body, it’s actually, in every cell of every organism alive, it’s the same thing. So if you could actually change that, which we call the software of life, if you could introduce a line of code or change a line of code, it turns out that it has profound implications for everything from the flu to cancer."

This quote was misleadingly used in the DC Dirty Laundry article to wrongly suggest that Zaks said mRNA vaccines can alter human DNA.

When he alluded to changing a “line of code", Zaks was in fact referring to messenger RNA, not DNA.

AFP found no record of alleged statements from Zaks making the false claim shared in the social media posts.

“The process is carried out in the cytoplasm, not in the nucleus of the cell," she said in a phone call on September 3, 2020. "Messenger RNA cannot "get into" our DNA."

"The mRNA is simply translated into a protein, it degrades rapidly, and it cannot be converted to DNA," Kenneth Witwer, professor of molecular and comparative pathobiology and neurology at the Johns Hopkins University’s School of Medicine, told AFP on September 4, 2020 by email.

The same claim was also debunked by AFP in French and Spanish.