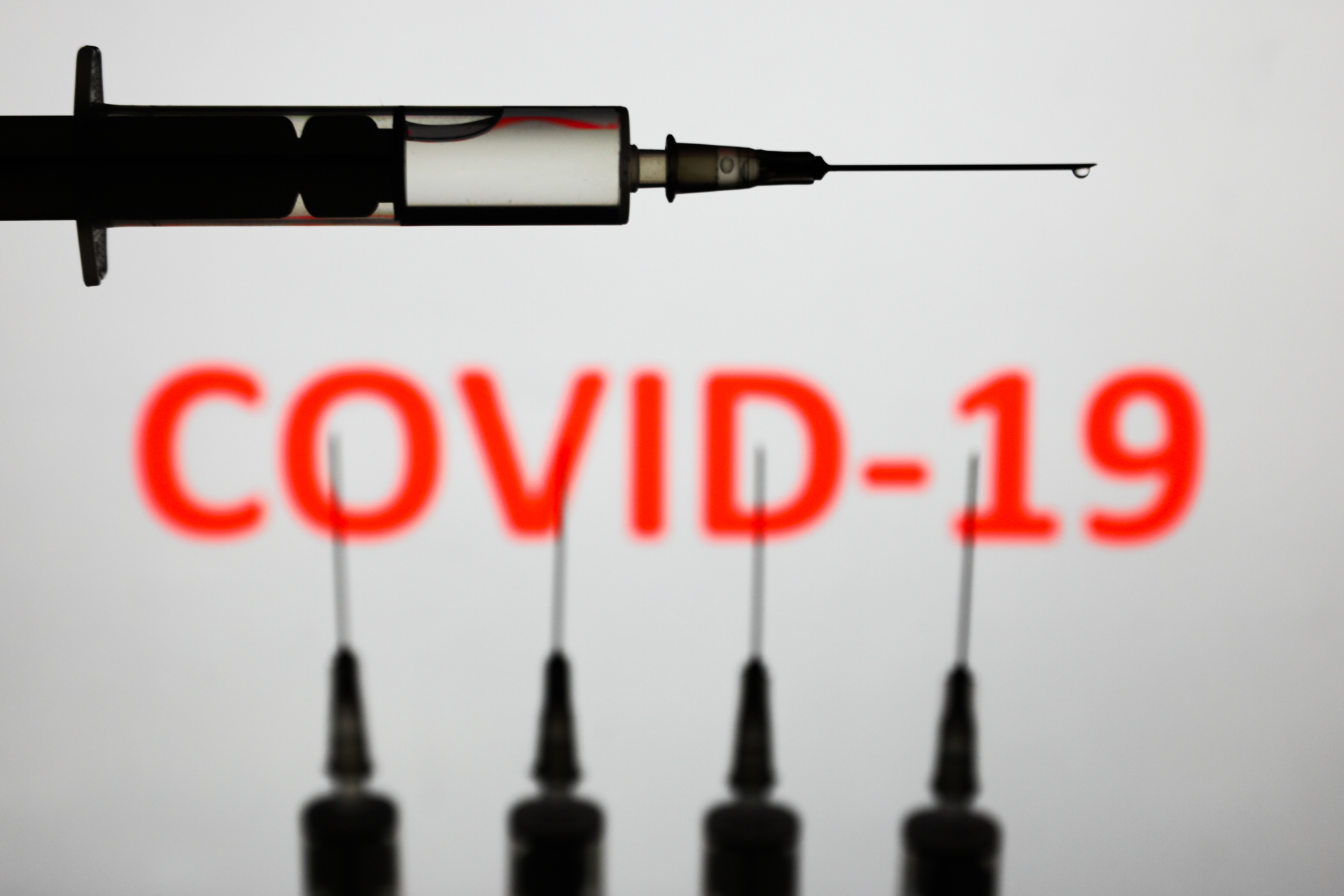 Syringes seen with 'COVID-19 ' sign displayed in the background. (Photo by Jakub Porzycki/NurPhoto)

A claim that a vaccine “stored at -80 degrees isn’t a vaccine” and is instead a “living transfection agent” that will cause “genetic manipulation” has been shared hundreds of times on Facebook. The claim is false; multiple experts say the Covid-19 vaccine that requires storage at extremely cold temperatures cannot alter human genomes.

The claim was published by a New Zealand-based Facebook user here. The post has been shared over 270 times. 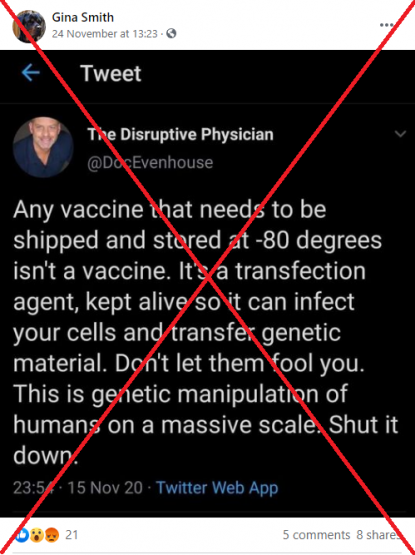 A screenshot of the misleading image, taken November 27, 2020.

The post features an image of a tweet that reads: “Any vaccine that needs to be shipped and stored at -80 degrees isn’t a vaccine. It’s a transfection agent, kept alive so it can infect your cells and transfer genetic material. Don’t let them fool you. This is genetic manipulation of humans on a massive scale. Shut it down.”

The Facebook user’s caption reads: “Worth some serious consideration. When the doctors speak out, perhaps you should listen.”

The image was also shared hundreds of times by other Facebook users around the world; for examples see here and here.

While it’s unclear which vaccine the claim is referring to, the Covid-19 vaccine developed by Pfizer and BioNTech requires storage temperatures between -70°C and -80°C.

The vaccine, which the companies say has an efficacy rate of over 90%, is a Messenger RNA-based vaccine that uses genetic material, not viral proteins, to trigger an immune response.

“Once mRNA in a vaccine is inside of the body’s cells, the cells use their genetic machinery to translate the genetic information and produce the antigens” that are “recognized by the immune system which generates a response,” Pfizer explained.

However, the Facebook post’s claim that the vaccine can “transfer genetic material” and is a “genetic manipulation of humans” is false, according to experts.

The mRNA vaccine can “never, ever, ever, enter the genome,” Dr Kirsty Short, a research fellow at the University of Queensland’s School of Chemistry and Molecular Biosciences, told AFP in an interview on November 27.

“The reason is because our genome is made of DNA and this genetic material is not DNA, but RNA -- and a rule of biology is that an RNA cannot insert itself into a DNA genome,” she explained.

Professor Helen Petoussis-Harris, a vaccinologist at the University of Auckland, also said that “RNA cannot alter a person's genome”.

The mRNA vaccine requires extra cold storage because RNA is less stable and degrades in warmer temperatures, as noted here in Science magazine.