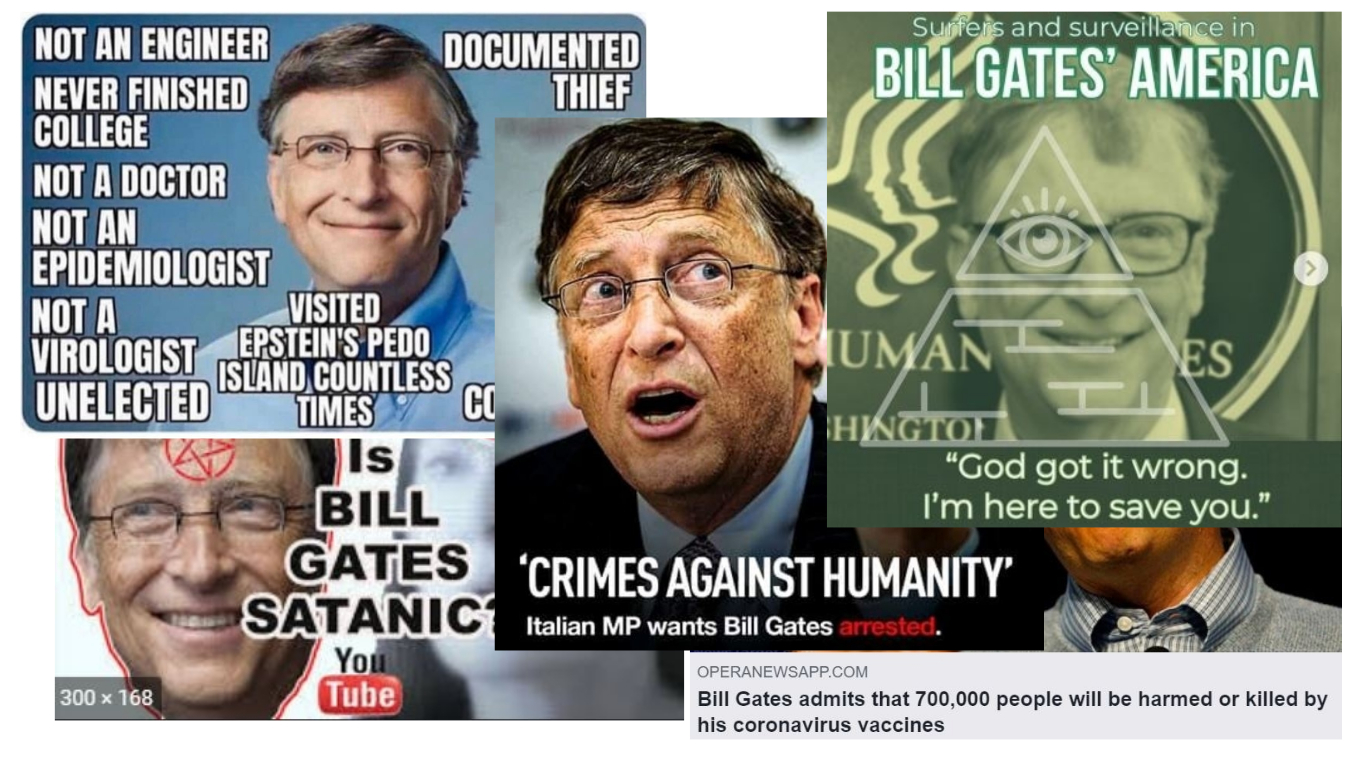 False claims targeting billionaire philanthropist Bill Gates are gaining traction online since the beginning of the coronavirus outbreak, with experts warning they could hamper efforts to curb the virus.

Doctored photos and fabricated news articles crafted by conspiracy theorists -- shared thousands of times on social media platforms and messaging apps, in various languages -- have gone as far as accusing the Microsoft founder of creating the outbreak.

Gates, who has pledged $250 million to efforts to fight the pandemic, is the latest in a string of online targets despite the World Health Organization's efforts to fight what it called an "infodemic" -- misinformation fanned by panic and confusion about the virus.

In recent months, 5G networks and Hungarian-American billionaire George Soros have also been blamed for creating COVID-19, which has killed more than 315,000 people around the world. 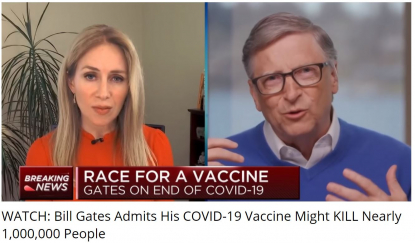 "Bill Gates has always been a target of specific conspiracy communities," said Rory Smith, research manager at First Draft, a non-profit that provides research and training for journalists.

"These conspiracies are powerful"

Gates -- whose eponymous foundation has spent billions of dollars improving healthcare in developing countries over the past 20 years -- has become "a kind of abstract boogeyman", said Whitney Phillips, an assistant professor at New York's Syracuse University, where she teaches digital ethics.

Similar allegations "exploded" between January and April, Smith told AFP. A video accusing Gates of wanting "to eliminate 15 percent of the population" through vaccination and electronic microchips has racked up nearly two million views on YouTube.

Since the start of the crisis, AFP Fact Check has debunked dozens of anti-Gates rumours circulating on platforms like Facebook, WhatsApp and Instagram in languages including English, French, Spanish, Polish and Czech.

A number of accusations, including posts claiming that the FBI arrested Gates for biological terrorism or that he supports a Western plot to poison Africans, share a common thread.

They accuse the tycoon of exploiting the crisis, whether it is to "control people" or make money from selling vaccines.

"These conspiracies are powerful enough to drive down institutional trust around health organisations, and as a result, possibly drive down vaccination rates, which is worrying," Smith said. 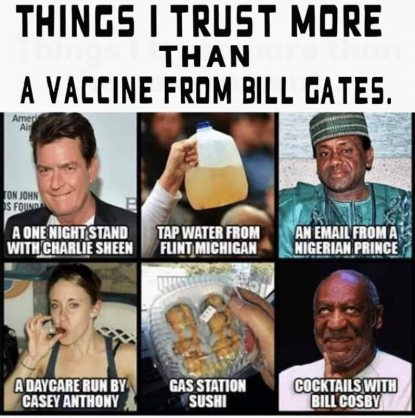 Gates' vocal criticism of US President Donald Trump and support for vaccine development made him "the perfect scapegoat for a crisis that emerges on the intersection of technology and (medical) science," Kinga Polynczuk-Alenius, a social sciences researcher at Finland's University of Helsinki, wrote in a university blog post.

It is not the first time Gates has found himself at the mercy of conspiracy theorists. When Zika virus broke out in 2015 in Brazil, he was one of several powerful Western figures blamed for the disease. Other rumours claim that he is secretly a lizard, an old favourite among online trolls.

"He hasn't become conspiracists' favourite target, he has been (their favourite target) for a long time," Sylvain Delouvée, a social psychology researcher at France's University of Rennes, told AFP.

The recent explosion in false claims could be explained as a coping mechanism during the global crisis, Smith said.

"People are constantly looking for information to make sense out of this reality, and having these conspiracies offers a convenient way of having power over your situation," he said.

The pandemic has also provided fertile breeding ground for attacks on the Bill and Melinda Gates Foundation, particularly by anti-vaccine campaigners whose influential online presence was already brewing years before the virus emerged. 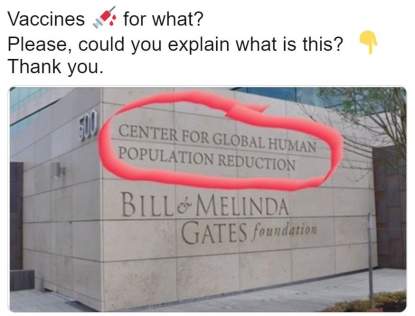 The charity's humanitarian work in Africa, where misinformation about Gates is particularly present, and financial support of the World Health Organization -- it is the agency's second-largest donor -- have fed rumours of dark secrets and ploys for power.

Several widely shared posts point to photographs of Gates attending a "coronavirus conference" in 2015. Conclusion? He predicted the pandemic.

"We are his guinea pigs"

In reality, he was meeting with a research institute that had filed for a patent to potentially be used for a vaccine against a different type of coronavirus that affects animals.

Like many scientists, Gates had already warned of an imminent pandemic years before the novel coronavirus outbreak.

Gates has also come under attack from celebrities.

Conservative US television host Laura Ingraham claimed in a tweet that Gates was developing "tracking" mechanisms. She was referring to a widely misinterpreted Reddit post by the billionaire about "digital certificates" to show who has recovered, been tested or -- eventually -- vaccinated.

Robert Kennedy Jr, the anti-Trump, anti-vaccine nephew of the former American president John F Kennedy, has accused the philanthropist of dictating global health policies. "We are his guinea pigs," he wrote in an Instagram post attacking the entrepreneur.

Meanwhile, French "Chocolat" actress Juliette Binoche sparked controversy when she blasted Gates on Instagram and called for the rejection of "a microchip implant for all".

Debunking misinformation is "not about saying that everyone is a good guy", said Delouvee at France's University of Rennes, pointing to privacy concerns around the race to build coronavirus tracking apps and governments' use of medical data.

The Gates Foundation has come under fire in publications such as The Lancet medical journal, which accused it of a lack of transparency over its financial investments.

Here are our fact checks in English on claims circulating about Bill Gates during the pandemic.

You can find more fact checks, tips and resources in our COVID-19 verification hub.