A Facebook post with photos of large fires in a city purports to show the aftermath of a recent bombing in Gaza City. This is misleading. While there was indeed a bombing in April 2021, the pictures show older events.

The Facebook post, which has garnered more than 890 shares in South Africa and Turkey, shows four photos of various massive fires in and around a city.

“Hey world, Gaza getting bombed by Israel Now. For the second day in a row (sic),” reads the post’s caption published on April 17, 2021. 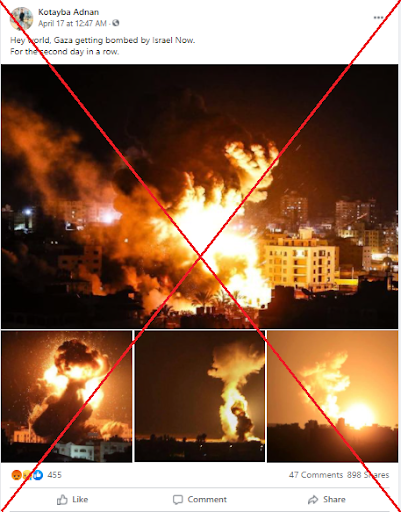 But some users in the comments noted that they hadn’t seen any of this footage in the news recently. One person even shared a screenshot of a 2019 news article that featured one of the same images in the misleading post. 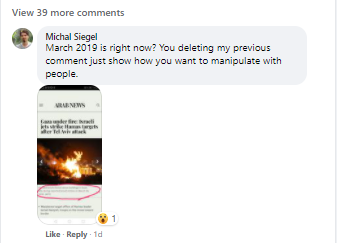 AFP Fact Check ran a reverse image search on each of the four pictures. The first photo was captured by AFP photographer Mahmud Hams on March 25, 2019.

“Fire and smoke billow above buildings in Gaza City during reported Israeli strikes in response to a rocket attack launched from the Palestinian Territories,” the caption reads. 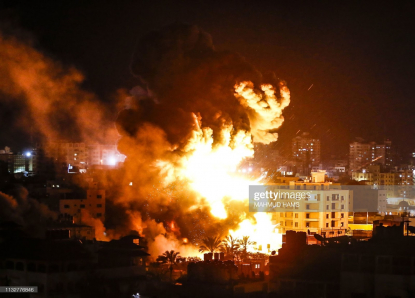 A photograph of fire and smoke captured in Gaza City on March 25, 2019 (Photo: Mahmud HAMS/AFP)

The next photo in the Facebook post’s collage was taken on the same day by Ashraf Amra for Turkish state news agency Anadolu Agency.

“Smoke and flames rise from Head of the Political Bureau of Hamas, Ismail Haniyeh's office in western Gaza after Israeli warplanes carry out a fresh wave of airstrikes across the blockaded Gaza Strip on March 25, 2019, in Gaza City, Gaza,” the caption says. 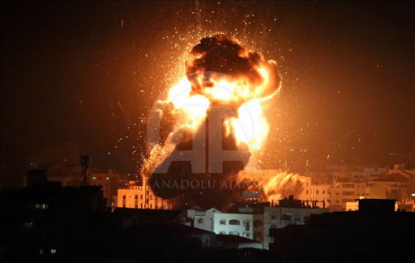 The third image was taken by another AFP photographer, Said Khatib, on August 12, 2020.

“Smoke and flames rise after warplanes belonging to the Israeli army carried out airstrikes over the southern Gaza Strip city of Rafah,” the caption reads. 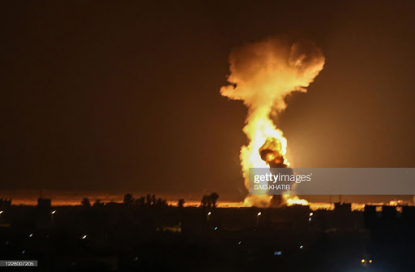 Flames rise after the Israeli army carried out airstrikes over the southern Gaza Strip city of Rafah on August 12, 2020 (Photo: Said KHATIB/ AFP)

The last picture was also taken by Amra and shows an Israeli airstrike on Gaza on June 26, 2020, which was covered by AFP.

“Flame and smoke are seen during an Israeli airstrike, in Khan Younis in the southern Gaza Strip, on June 26, 2020 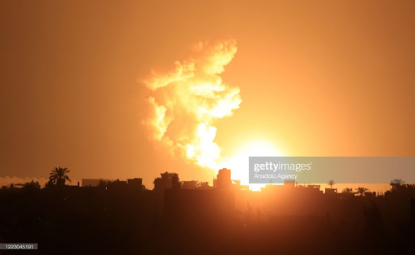 Flame and smoke seen during an Israeli airstrike in Khan Younis in the southern Gaza Strip, on June 26, 2020 (Photo: Ashraf AMRA/Amadolu Agency)

None of the images are related to the recent attacks.

As reported by AFP, Israel's military announced on April 17, 2021 that it had conducted airstrikes against targets in the Gaza Strip following a rocket attack from the Palestinian region. This was the second such exchange in as many days.

Israel imposed a blockade of Gaza's oceanic and land border after the militant organisation Hamas seized control in 2007.

A fragile truce has spanned recent years, but sporadic attacks continue - with Palestinians firing rockets at Israel and the Jewish state responding with airstrikes on the coastal enclave.