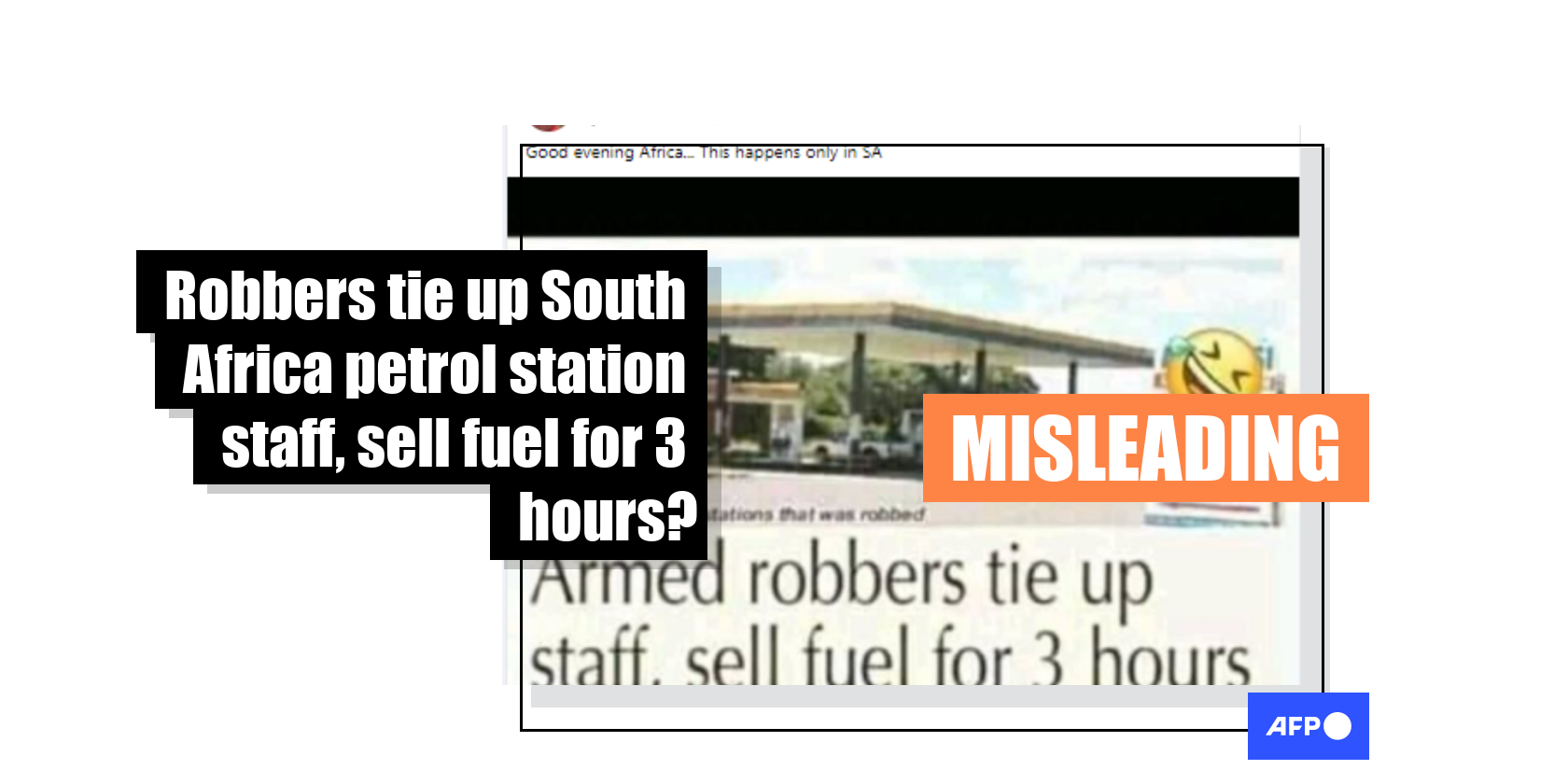 A screenshot from what appears to be part of a newspaper article describing how armed robbers held up a petrol station, posed as staff and sold fuel before pocketing the cash has been shared on Facebook, along with the claim that the incident happened in South Africa. While the story of the daring robbery is true, it took place in Zimbabwe and not in South Africa.

A headline in a screenshot shared in this Facebook post from April 3, 2021, reads: “Armed robbers tie up staff, sell fuel for 3 hours.” Above the headline is a picture of a fuel station with pickup trucks parked next to the pumps.

“Good evening Africa... This happens only in SA”, reads the post’s caption. 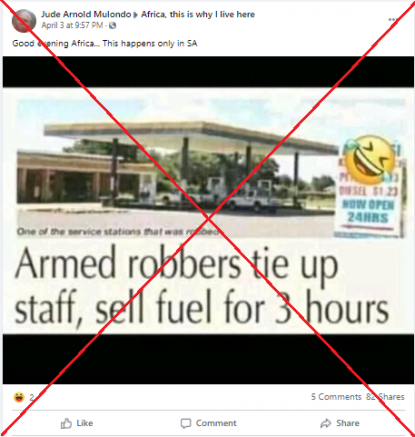 The same image appeared in a tweet from March 9, 2021, but on this occasion suggesting the incident happened in Nigeria.

Both locations, however, are false.

Social media users responding to the Facebook post were sceptical about the claim, noting that the signboard on the right of the picture shows fuel prices in dollars. South Africa’s currency is the rand.

A reverse image search uncovered another tweet with a larger screenshot, this one revealing a complete news story beneath the picture and headline about the fuel station robbery. 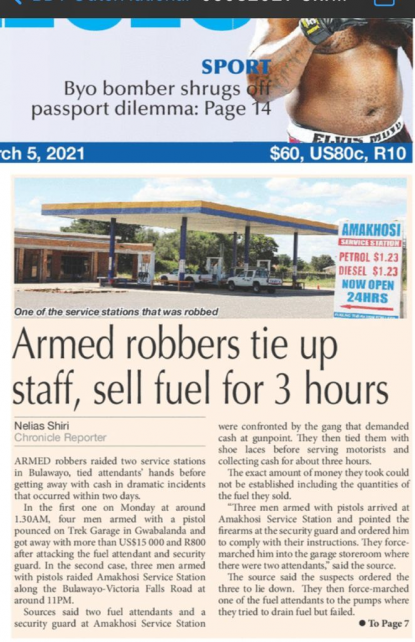 An image with more context saved from a tweet on April 8, 2021

The incident described in the screenshots took place in Zimbabwe and was reported by local newspapers the Chronicle on March 5, 2021, and The Herald a day later.

According to the reports, on March 1, 2021, three armed robbers struck the Amakhosi Service Station in Bulawayo, Zimbabwe’s second-largest city, at 11 pm.

They confronted two fuel attendants and a security guard by demanding cash at gunpoint, before tying up the employees and serving motorists for about three hours, taking the proceeds of the sales with them.

A local journalist, Musa Makina, who lives near the area, confirmed to AFP Fact Check that the petrol station is indeed in Bulawayo and that it was recently robbed. He shared a number of his own pictures of the station, located on Victoria Falls Road. 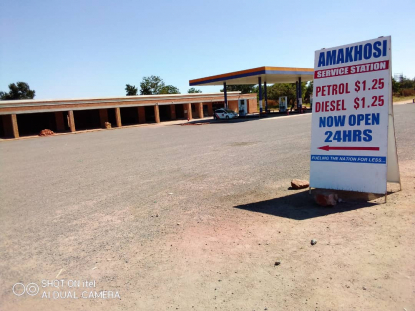 A picture of Amakhosi Service Station taken on April 9, 2021, by a journalist in Bulawayo