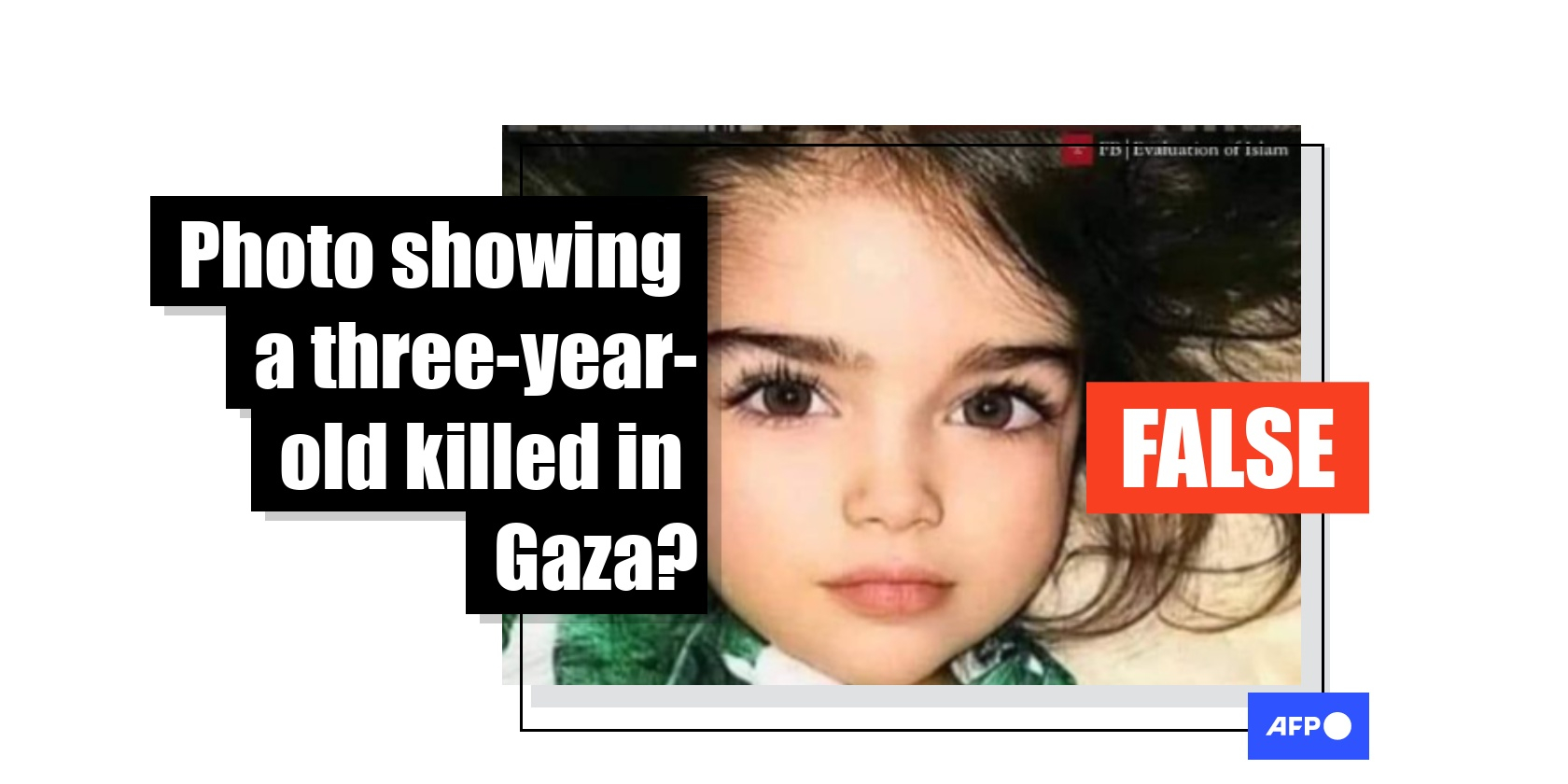 This is an old photo of a child who lives in Russia, not a toddler killed in Gaza

A photo of a girl wearing a green and white outfit has been shared thousands of times on Facebook with claims that she was killed in Gaza during the latest conflict between Israel and Palestinian militants. The claims are false; the picture was taken in 2018, and the child is alive, living in Moscow, Russia. She was at the Moscow Zoo on the day the Facebook posts claimed she was killed.

A Facebook post shared more than 1,600 times, including in South Africa, was published on May 15, 2021, alongside a  portrait photo of a young girl dressed in green and white.

Another image above hers shows a building exploding.

“Her name is Malak Al-Tanani 3 years old,” the post’s caption reads. “She has been killed in today's strikes on gaza like many innocent children and families, they are targeting kids and civilians homes (sic).” 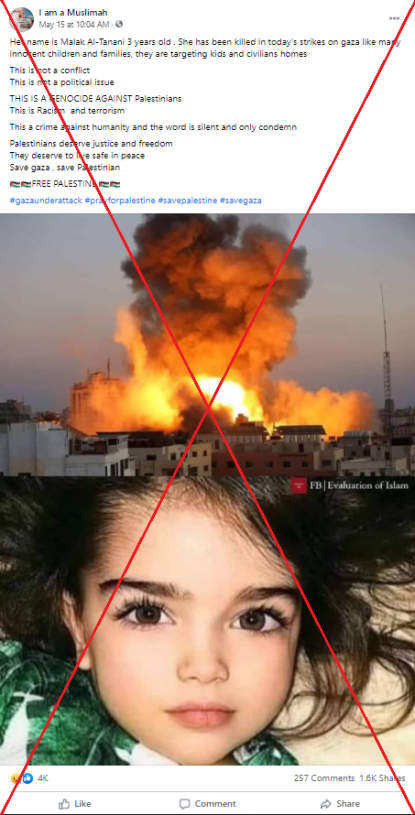 The child’s photo was also used in this tweet with more than 1,200 likes and at least 600 retweets. Multiple blog posts (see here) also shared the photo and a reference to a child being killed in Gaza.

A reverse image search traced the picture to Russian debunks here and here, dispelling claims about the child's identity.

AFP Fact Check found the original picture of the girl on her mother's Instagram -- posted on December 24, 2018, with the hashtag “love”.

But a more recent Instagram post on May 15, 2021, shows the child, now a few years older, with her mother during a day out at the Moscow Zoo.

Other photos of mom and daughter during their outing show the historical Kudrinskaya Square Building in the background.

These pictures were published on the day the girl was said to have died in Gaza, according to the misleading posts.

AFP Fact Check tried to contact the child’s mother via Instagram on May 18, 2021, but has not yet received a response. We will update this fact check if we do.

Violence in Israel and Palestine

As reported by AFP, Israel and Palestinian militants in Gaza announced an Egypt-brokered truce on May 20, 2021, aimed at ending their worst conflict in years, which saw Israeli jets pound the Gaza Strip while militants there fired thousands of rockets into the Jewish state during the 11 day conflict.

On May 14, 2021, Turkish state news agency Anadolu reported that members of a Palestinian family were killed on May 13, 2021, as Israeli warplanes continued to bombard northern Gaza.

The Tanani children, all younger than six, were named Ismail, Ameer, Adham, and Mohammad. There was no mention of a “Malak Al-Tanani”, the name used in the Facebook posts with the image of the young girl.