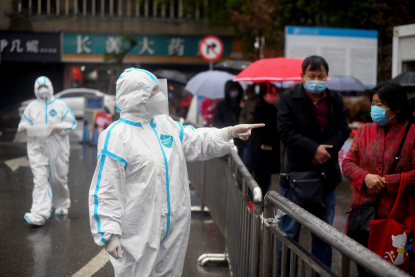 Published on Wednesday 1 April 2020 at 09:00
A claim has circulated in multiple Facebook, Twitter and YouTube that a "new virus" named hantavirus has emerged in China in March 2020. The posts were viewed hundreds of thousands of times as the world battled the spread of the novel coronavirus, which causes the disease COVID-19. The claim is false; scientists say hantavirus is not a new virus and was first detected during the Korean War in the 1950s; the US-based Centre for Disease Control and Prevention (CDC) says the virus has almost exclusively been found to pass from rodents to humans, rather than from person to person.
Read more 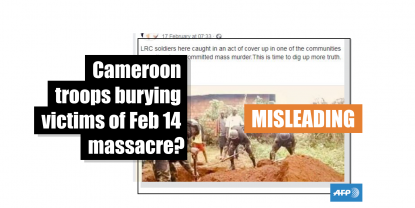 This photograph was taken back in 2018

Published on Thursday 27 February 2020 at 12:54
A photograph shared hundreds of times on Facebook purports to show troops burying civilians killed in a massacre in Cameroon on February 14. Opposing sides in the country's separatist conflict have used the picture to blame each other for the killings. However, the photo was taken back in 2018.
Read more 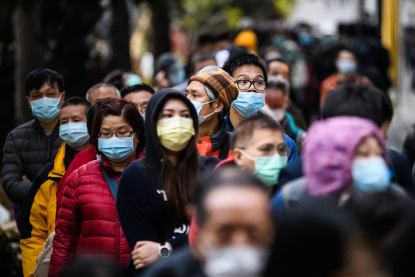 A photograph shared hundreds of times on social media purports to show a Sudanese minister wearing a surgical mask to protect himself from the novel coronavirus during a meeting with a Chinese diplomat. However, the image has been Photoshopped. 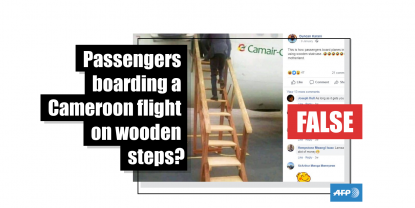 This photo has been doctored to add a Cameroonian airline logo

Published on Friday 31 January 2020 at 19:10Updated on Thursday 6 February 2020 at 19:06
A photograph of a man using wooden steps to board a plane has been shared hundreds of times on Facebook since January 4. The logo on the side of the plane is that of Cameroonian airline Camair-Co. However, the picture has been photoshopped and was in fact taken in Congo-Brazzaville, a country Camair-Co doesn’t fly to.
Read more 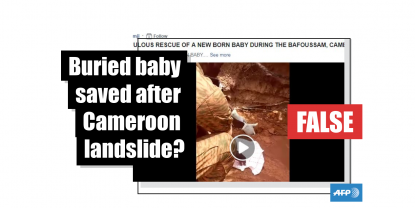 This video shows a baby buried alive in Burkina Faso, not in Cameroon

Published on Wednesday 27 November 2019 at 14:22
Footage viewed tens of thousands of times shows men unearthing a baby. The caption claims the baby was rescued after a deadly landslide in Cameroon in October 2019, but the footage was actually shot in Burkina Faso in 2016.

One post of the video, which we’ve archived here, has racked up more than 120,000 views on Facebook since it was published on October 30, 2019. It shows two men in military uniform rescuing a baby - which can be heard crying - buried in the ground.